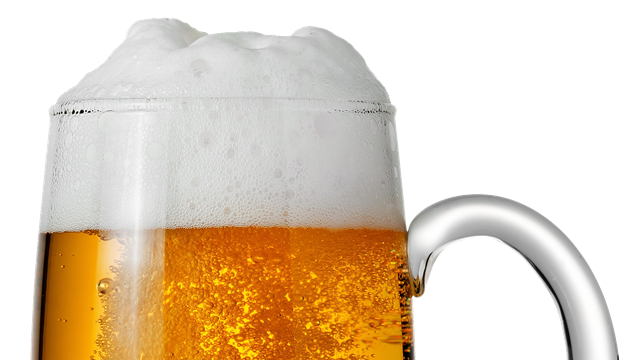 Drinkers will soon be cheering all the way to the bar thanks to a team of scientists who have taken a big step forward in solving the puzzle of how to make the perfect head of beer.

Lead researcher Dr. Richard Campbell from The University of Manchester says his findings solve a long-standing mystery related to the lifetime of foams. And that could be useful for the development of a range of products that improve the creamy topping on a flat white coffee, the head on a pint of beer, shampoos we use every day, firefighting foams, or even oil absorbent foams used to tackle environmental disasters.

The scientist, whose study is published in the journal Chemical Communications, turned to the Institut Laue-Langevin in France for one of the world’s most intense neutron sources.

At the research facility, he fired beams of neutrons at the liquids used to make foams.

He said: “Just like when we see light reflecting off a shiny object and our brains help us identify it from its appearance, when neutrons reflect up off a liquid they are fired at we can use a computer to reveal crucial information about its surface. The difference is that the information is on a molecular level that we cannot see with our eyes.”

The team studied mixtures containing surfactant—a compound that lowers surface tension—and a polymer, used in shampoos, to come up with a new way of understanding the samples that could help product developers formulate the ideal foam.

In one potential application, beers drinkers might be able to enjoy a pint where the head lasts all the way to the bottom of the pint glass. In another, the technology could improve the formulation of detergents used in washing machines where the production of foams is undesirable.

And it could also be used to develop more effective products to clean up our oceans by improving the action of oil slick cleaning detergents or potentially even save lives by making fire-fighting foam more effective.

Dr. Campbell said: “For decades, scientists have tried to get a handle on how to control reliably the lifetime and stability of foams made from liquids that contain mixed additives.

“While the behavior of foams made up with just one additive is quite well understood. As soon as mixtures like those used in products were studied the results from research studies failed to paint a consistent picture.

The scientists got to grips with the problem by studying the building blocks of the bubbles themselves, known as foam films.

Through reflecting neutrons off their liquid samples, they devised a new way to relate the stability of foam films to the way in which the additives arrange themselves at the surface of the liquid coating of bubbles to provide the stability needed to prevent them from bursting.

“Foams are used in many products, and product developers have long tried to improve them so they are better equipped for the task they are designed to tackle,” added Dr Campbell.

“But researchers have simply been on a different track, thinking of general surface properties and not about the structures created when different molecules assemble at the surface of bubbles.

“It was only through our use of neutrons at a world-leading facility that it was possible to make this advance because only this measurement technique could tell us how the different additives arrange themselves at the liquid surface to provide foam film stability.

“There are a number of installations in the UK and across Europe that produce neutrons, and these research facilities are essential for this sort of work.

“We think this work represents a clear first indication that our new approach could be applied to a range of systems to aid the development of products that can make an impact in materials science and on the environment.”