Broccoli sprouts.Johns Hopkins MedicineResults of a small clinical trial suggest that a chemical derived from broccoli sprouts — and best known for claims that it can help prevent certain cancers — may ease classic behavioral symptoms in those with autism spectrum disorders (ASDs).

The study, a joint effort by scientists at MassGeneral Hospital for Children and the Johns Hopkins University School of Medicine, involved 40 teenage boys and young men, ages 13 to 27, with moderate to severe autism.

In a report published online in the journal Proceedings of the National Academy of Sciences during the week of Oct. 13, the researchers say that many of those who received a daily dose of the chemical sulforaphane experienced substantial improvements in their social interaction and verbal communication, along with decreases in repetitive, ritualistic behaviors, compared to those who received a placebo.

“We believe that this may be preliminary evidence for the first treatment for autism that improves symptoms by apparently correcting some of the underlying cellular problems,” says Paul Talalay, M.D., professor of pharmacology and molecular sciences, who has researched these vegetable compounds for the past 25 years.

“We are far from being able to declare a victory over autism, but this gives us important insights into what might help,” says co-investigator Andrew Zimmerman, M.D., now a professor of pediatric neurology at UMass Memorial Medical Center.

ASD experts estimate that the group of disorders affects 1 to 2 percent of the world’s population, with a much higher incidence in boys than girls. Its behavioral symptoms, such as poor social interaction and verbal communication, are well known and were first described 70 years ago by Leo Kanner, M.D., the founder of pediatric psychiatry at The Johns Hopkins University.

Unfortunately, its root causes remain elusive, though progress has been made, Talalay says, in describing some of the biochemical and molecular abnormalities that tend to accompany ASD. Many of these are related to the efficiency of energy generation in cells. He says that studies show that the cells of those with ASD often have high levels of oxidative stress, the buildup of harmful, unintended byproducts from the cell’s use of oxygen that can cause inflammation, damage DNA, and lead to cancer and other chronic diseases.

In 1992, Talalay’s research group discovered that sulforaphane has some ability to bolster the body’s natural defenses against oxidative stress, inflammation and DNA damage. In addition, the chemical later turned out to improve the body’s heat-shock response — a cascade of events used to protect cells from the stress caused by high temperatures, including those experienced when people have fever.

Intriguingly, he says, about one-half of parents report that their children’s autistic behavior improves noticeably when they have a fever, then reverts back when the fever is gone. In 2007, Zimmerman, a principal collaborator in the current study, tested this anecdotal trend clinically and found it to be true, though a mechanism for the fever effect was not identified.

Because fevers, like sulforaphane, initiate the body’s heat-shock response, Zimmerman and Talalay wondered if sulforaphane could cause the same temporary improvement in autism that fevers do. The current study was designed to find out.

Before the start of the trial, the patients’ caregivers and physicians filled out three standard behavioral assessments: the Aberrant Behavior Checklist (ABC), the Social Responsiveness Scale (SRS) and the Clinical Global Impressions-Improvement scale (CGI-I). The assessments measure sensory sensitivities, ability to relate to others, verbal communication skills, social interactions and other behaviors related to autism.

Twenty-six of the subjects were randomly selected to receive, based on their weight, 9 to 27 milligrams of sulforaphane daily, and 14 received placebos. Behavioral assessments were again completed at four, 10 and 18 weeks while treatment continued. A final assessment was completed for most of the participants four weeks after the treatment had stopped.

Most of those who responded to sulforaphane showed significant improvements by the first measurement at four weeks and continued to improve during the rest of the treatment. After 18 weeks of treatment, the average ABC and SRS scores of those who received sulforaphane had decreased 34 and 17 percent, respectively, with improvements in bouts of irritability, lethargy, repetitive movements, hyperactivity, awareness, communication, motivation and mannerisms.

After 18 weeks of treatment, according to the CGI-I scale, 46, 54 and 42 percent of sulforaphane recipients experienced noticeable improvements in social interaction, aberrant behaviors and verbal communication, respectively.

Talalay notes that the scores of those who took sulforaphane trended back toward their original values after they stopped taking the chemical, just like what happens to those who experience improvements during a fever. “It seems like sulforaphane is temporarily helping cells to cope with their handicaps,” he says.

Zimmerman adds that before they learned which subjects got the sulforaphane or placebo, the impressions of the clinical team — including parents — were that 13 of the participants noticeably improved. For example, some treated subjects looked them in the eye and shook their hands, which they had not done before. They found out later that all 13 had been taking sulforaphane, which is half of the treatment group.

These studies were designed at The Johns Hopkins University by Andrew Zimmerman in collaboration with Paul Talalay and Kirby Smith. Jed Fahey prepared the sulforaphane-rich broccoli sprout extract that was administered in capsules to patients. The clinical studies were done at the Lurie Center in Lexington, Massachusetts, which is dedicated to the study of autism and is a satellite of Massachusetts General Hospital’s Department of Pediatrics. Other authors of the report include Kanwaljit Singh, Eric Macklin and Susan Connors of Harvard Medical School.

U.S. patent applications have been filed by The Johns Hopkins University for inventors Smith, Talalay and Zimmerman. Talalay and Zimmerman have divested themselves from all potential financial benefits. The sulforaphane-rich broccoli sprout extract is not a commercial product. Broccoli sprouts and seeds rich in glucosinolates have been licensed by Johns Hopkins to Brassica Protection Products LLC; Antony Talalay, son of Paul Talalay, is chief executive officer. The university owns Brassica Protection Products stock, which is subject to certain restrictions under university policy. This arrangement has been reviewed and approved by the Johns Hopkins University in accordance with its conflict of interest policies. 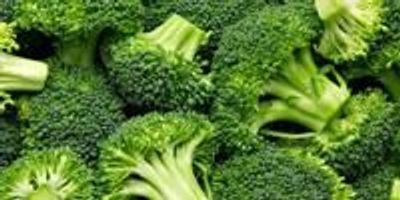 Like It or Not, Broccoli May Be Good for the Gut

Like It or Not, Broccoli May Be Good for the Gut 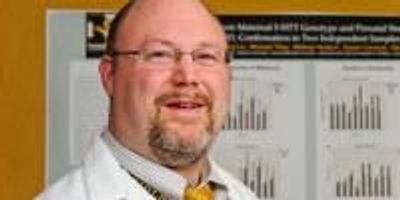