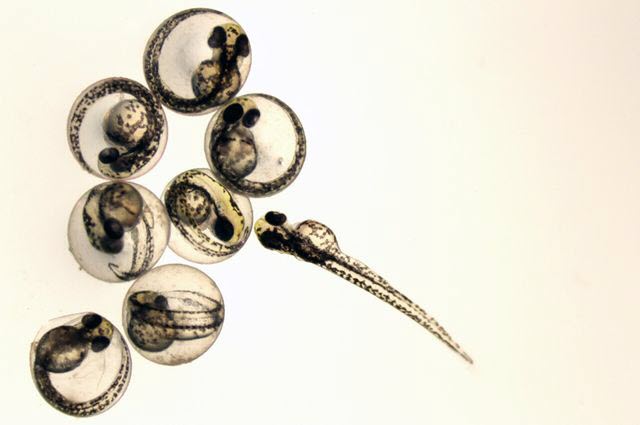 Companies advertise BPA-free plastic as a safer version of products ranging from water bottles to sippy cups to toys. Many manufacturers stopped used bisphenol A, a chemical that is used to strengthen plastic, after studies linked it to early puberty and a rise in breast and prostate cancers

However, bisphenol S, or BPS, a common replacement for BPA in plastics, has also been linked to health risks. New UCLA-led research demonstrates some of the mechanisms that make BPS just as harmful as BPA. The study found that BPS speeds up embryonic development and disrupts the reproductive system in animals.

Reported in the Feb. 1 edition of the journal Endocrinology, the study is the first to examine the effects of BPA and BPS on brain cells and genes that control the growth and function of organs involved in reproduction.

“Our study shows that making plastic products with BPA alternatives does not necessarily leave them safer,” said Nancy Wayne, the study’s senior author, a reproductive endocrinologist and professor of physiology at the David Geffen School of Medicine at UCLA. “Our findings are frightening—consider it the aquatic version of the canary in the coal mine.”

Wayne and her colleagues found that when zebrafish were exposed to either BPA or BPS at low levels—equivalent to the traces found in polluted river waters—their physiology at the embryonic stage changed in as quickly as 25 hours.

“Egg-hatching time accelerated, leading to premature birth,” said Wayne, who is also UCLA’s associate vice chancellor for research. “The embryos developed much faster than normal in the presence of BPA or BPS.”

The research team studied zebrafish because their transparent embryos make it relatively easy to “watch” cell growth as it occurs.

Using fluorescent-green protein tags, the researchers tracked the development of the animals’ reproductive endocrine brain cells, which control puberty and fertility. They discovered that the number of endocrine neurons increased up to 40 percent, suggesting that BPA overstimulates the reproductive system.

Wayne’s lab plans to investigate in a future study whether, as she suspects, overstimulation of the neurons that regulate reproduction leads to premature puberty and disruption of the reproductive system.

Wayne practices what she preaches. After completing a study on BPA in 2008, she immediately discarded all of the plastic food containers in her home and replaced them with glass. She and her family purchase food and drinks packaged in glass whenever possible.

“Most people think of BPA as mimicking the effects of estrogen,” Wayne said. “But our work shows that it also mimics the actions of thyroid hormone.”

Thyroid hormone has a significant influence on brain development during gestation, so the research could have important implications for understanding general embryonic and fetal development, including in humans, Wayne said.

Researchers have proposed that endocrine-disrupting chemicals may be contributing to the rise in premature human births and early onset of puberty over the past couple of decades in the U.S.

“Our data supports that hypothesis,” Wayne said. “If BPA is impacting a wide variety of animal species, then it’s likely to be affecting human health.”

BPA can leach into food and beverages, particularly under heat, from cans, baby bottles, food-storage containers and plastic tableware. It can also be found in contact lenses, eyeglass lenses, compact discs, water-supply pipes, cash register and ATM receipts, and dental sealants and composites. One study published in 2010 projected that by 2015, the U.S. and Europe would be manufacturing more than 5 million tons of products containing BPA per year.

The study was supported by grants from the UCLA Office of the Vice Chancellor for Research and the dean’s office of the David Geffen School of Medicine at UCLA. Qiu was supported by the National Natural Science Foundation of China, the Program for Innovative Research Team in University, the Shanghai Municipal Education Commission and the China Scholarship Council.