Chemists have developed a powerful new method of selectively linking chemicals to proteins, a major advance in the manipulation of biomolecules that could transform the way drugs are developed, proteins are probed, and molecules are tracked and imaged. 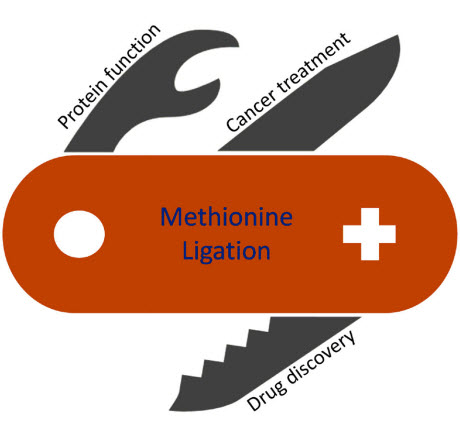 Researchers have developed a new method of protein ligation, the joining of molecules with proteins. The technique, called Redox Activated Chemical Tagging (ReACT), involves the modification of proteins by attaching chemical cargos to the amino acid methionine. ReACT functions as a new type of chemical Swiss army knife that supports a wide variety of fields, spanning fundamental studies of protein function to applications in cancer treatment and drug discovery.Image Credit: Shixian Lin/Berkeley LabThe new technique, called redox activated chemical tagging (ReACT), is described in the Feb. 10 issue of the journal Science. Developed at the Department of Energy’s Lawrence Berkeley National Laboratory (Berkeley Lab), it could fundamentally change the process of bioconjugation, the process by which chemicals and tags are attached to biomolecules, particularly proteins.

“We’ve essentially invented a new type of chemical Swiss army knife for proteins, the first that can be used for the essential and naturally occurring amino acid methionine,” said study principal investigator Christopher Chang. “This ReACT method can be incorporated into a variety of different tools depending on what you need it to do. You can mix-and-match different reagents for a variety of applications.”

Hitching a ride onto a new protein

Toste compared the process of bioconjugation to hitching cargo onto the back of a pickup truck.

“That cargo can be used for many purposes,” he said. “It can deliver drugs to cancerous cells, or it can be used as a tracking device to monitor the truck’s movements. We can even modify the truck and change it to an ambulance. This change can be done in a number of ways, like rebuilding a truck or putting on a new hitch.”

Bioconjugation traditionally relies upon the amino acid cysteine, which is highly reactive. Cysteine is often used as an attachment point for tags and chemical groups because it is one of two amino acids that contain sulfur, providing an anchor for acid-base chemistry and making it easy to modify.

But cysteine is often involved in the actual function of proteins, so “hitching cargo” to it creates instability and disrupts its natural function.

For this reason, people have been looking for ways to circumvent cysteine, and they naturally turned to methionine, the only other sulfur amino acid available. However, methionine has an extra carbon atom attached to its sulfur, which blocks most hitches. The researchers developed a new hitch using a process called oxidation-reduction chemistry that allows cargo to be attached to the methionine sulfur with this extra carbon still attached.

The potential of a chemical Swiss army knife

A key benefit to methionine is that it is a relatively rare amino acid, which allows researchers to selectively target it with fewer side effects and less impact on the biomolecule.

They put ReACT to the test by synthesizing an antibody-drug conjugate to highlight its applicability to biological therapeutics. They also identified the metabolic enzyme enolase as a potential therapeutic target for cancer, showing that the tool could help home in on new targets for drug discovery.

In the long term, the researchers say, this new bioconjugation tool could be used in:

“This method could also add to the functionality of living organisms by directly modifying natural proteins to improve their stability and activity without making a genetically modified organism that relies on gene editing,” said Chang. “It could have implications for the sustainable production of fuels, food, or medicines, as well as in bioremediation.”

Co-lead authors of the study are Shixian Lin and Xiaoyu Yang, postdoctoral researchers at UC Berkeley. Both Chang and Toste are also professors of chemistry at UC Berkeley.

This work was supported DOE’s Office of Science. The National Institutes of Health also supported some of the pilot protein labeling studies that contributed to this work. 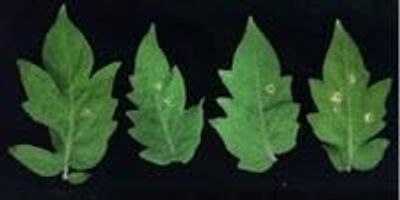 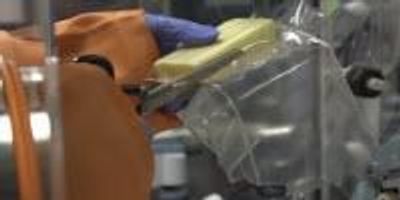 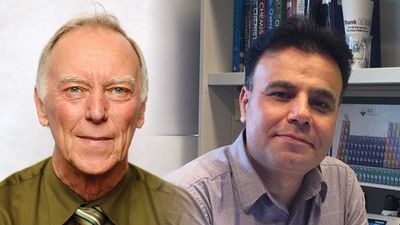 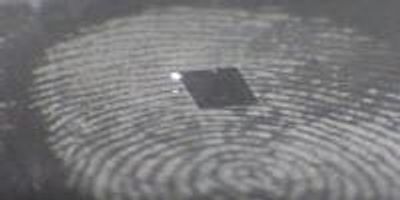 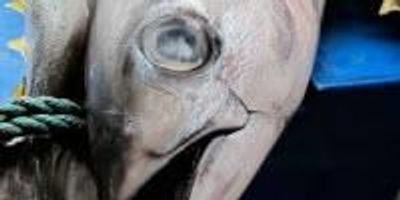 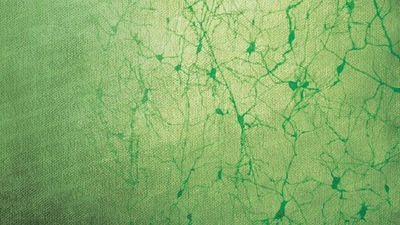