Opening a broad vista in the search for effective pharmaceuticals, a collaboration of Chinese and U.S. chemists has laid out a highly efficient new method to convert abundant organic molecules into new medicines.

Writing Sept. 2 in the journal Science, teams led by Guosheng Liu of the Shanghai Institute of Organic Chemistry (SIOC) and Shannon Stahl of the University of Wisconsin–Madison describe a way to convert carbon-hydrogen bonds into nitriles, common components of bioactive molecules used in medicinal and agricultural applications. 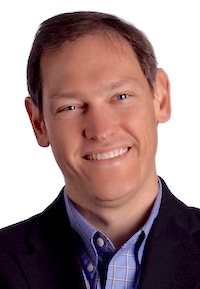 Shannon StahlPhoto courtesy of the University of Wisconsin–MadisonCarbon-hydrogen bonds are the most common feature of the molecular building blocks used to make valuable chemicals. The new method will help break the stranglehold of carbon-hydrogen bonds present in the chemical feedstocks used to make bioactive molecules. Exchanging hydrogen atoms in such molecules for more useful elements is difficult without damaging or destroying the rest of the molecule. The new method described by Liu and Stahl gives chemists prospecting for bioactive molecules a new tool in the search for novel drugs or chemicals for agriculture.

“We need more efficient ways to convert feedstocks into useful molecules,” explains Stahl, a UW–Madison professor of chemistry. “Selective functionalization of carbon-hydrogen bonds is one of the holy grails of modern chemistry.”

Although chemists have ways of making biologically active molecules now, the current routes are often laborious and create large amounts of waste. The new method removes many of the intermediate steps and will make the process far easier for medicinal chemists.

An important feature of the new method is that it provides access to so-called chiral molecules that are a match for enzymes targeted in disease. Chiral molecules have mirror-image versions of themselves, similar to a pair of human hands. For drug molecules to be effective, they must fit—like a hand into a glove—the targeted molecular niche of an enzyme.

“The three-dimensional shape and chirality of molecules often correlates with the efficacy or potency of a pharmaceutical,” notes Stahl.

The two mirror-image forms of drug molecules can have vastly different effects. An infamous example is thalidomide, first prescribed as a sedative in the 1950s. The reverse image of the molecule, however, was later linked to severe birth defects.

“It is important to be able to synthesize only one of two mirror images of the molecule, and development of new catalytic methods that achieve this goal, starting with carbon-hydrogen bonds, is highly desired,” says Liu, a professor of chemistry at SIOC.

In their Science report, Liu, Stahl and colleagues Wen Zhang, Fei Wang, Dinghai Wang, and Pinhong Chen of SIOC, and Scott McCann of UW–Madison, describe a very efficient strategy for the preparation of benzylic nitriles, which are precursors to broad classes of hormones, neurotransmitters, psychoactive, and anti-inflammatory drugs.