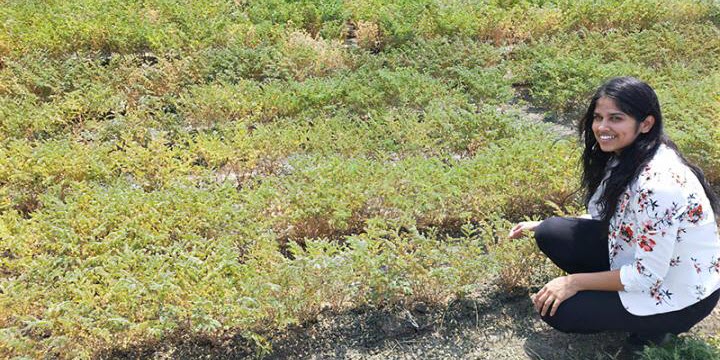 In recent years, hummus has become a pop culture food phenomenon, drawing praises from dieticians for the health benefits and chefs for the flavor.

However, the core ingredient, the chickpea, has had its production threatened.

The chickpea has played a significant role in the vegetarian diet for thousands of years. It is high in protein and rich in important carbohydrates and minerals.

Grown in the Pacific Northwest and Northern Plains of the United States, the chickpea has an integral role in the agriculture systems of these regions. Recently this role has been threatened by a soil-born water mold, Pythium ultimum.

George Vandemark and his team have worked to improve chickpea varieties and develop new ways to control disease in legumes. Their research was recently shared in Crop Science, a publication of the Crop Science Society of America.

"For over 30 years, common pathogens in chickpeas and other legumes have been controlled by fungicides," says Vandemark. "We discovered this approach was not working effectively when one of my coworkers visited a field where seedlings had not emerged."

The planted seeds died shortly after they started to germinate. As the seed grew to the top of the soil, the disease attacked the plant and killed it.

To identify the cause, researchers isolated the chickpea seeds in the soil. They discovered that the pathogen P. ultimum developed resistance to fungicide. This resistance allowed the mold to infect the plant.

"Our approach looked at two different types of chickpeas—kabuli and desi," says Vandemark. "The kabuli chickpea is almost exclusively grown in the United States because of the large export market."

Kabuli chickpeas are larger, have a clear or light beige seed coat, and are typically canned and used to make hummus. Desi is smaller, has a colored seed coat, and is used for making stews.

The researchers examined different lines of the chickpea to identify natural sources of resistance to P. ultimum.

The most popular varieties of chickpea grown in the United States were susceptible to the disease. The team did discover other chickpea varieties that showed resistance to the soil-born mold. 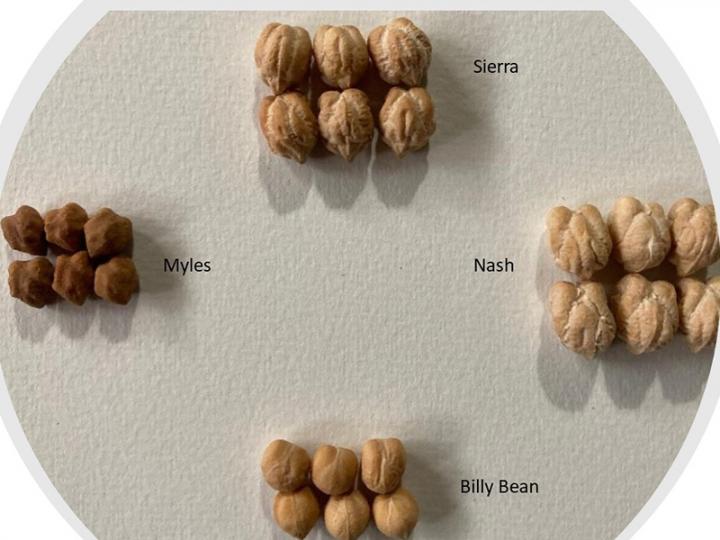 "We identified many desi chickpeas that were resistant to the pathogen," said Vandemark. "Luckily, several kabuli also displayed intermediate levels of resistance."

These resistant chickpea varieties excited the researchers because they produce chickpeas that look similar to what consumers are used to.

"These traits are not ones we want to lose," said Vandemark. "Consumers expect the kabuli type chickpea to come from the United States. The lines we identified with resistance to the disease have the shape and seed color that are desirable."

With this discovery, the research team is using the resistant plants to breed new kabuli varieties. The resistance chickpeas are crossed with current commercial varieties. This will develop a type that is more resistant to the disease.

"Moving forward, this will lead to new chickpea varieties with improved resistance to P. ultimum," explains Vandemark. "This research will also lead to new methods for controlling diseases that rely less on fungicides and more on genetic resistance."

From this research, scientists can gain a better understanding of disease and disease resistance. This will push researchers to use plant breeding as a means to combat diseases, rather than synthetic chemicals.

"P. ultimum has a broad range of hosts," says Vandemark. "While we looked at chickpeas, it can affect small grains like wheat and other legumes like soybeans. The chickpea has a small genome size, making it easier to examine."

Future researchers can build upon this research to examine potential disease resistance to P. ultimum in other crops. Naturally controlling the disease using genetics and breeding can lead to a more sustainable production system.

- This press release was originally published on the Crop Science Society of America website. It has been edited for style