Ads for unhealthy foods and beverages high in sugar or salt have an immediate and significant impact on children and lead to harmful diets, according to research from McMaster University. 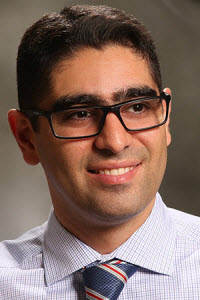 "The rates of overweight and obesity among children are rising worldwide," said Sadeghirad, a PhD student inclinical epidemiology and biostatistics at McMaster. "This is the first systematic review evidence based on 29 randomized trials and it shows that the extensive exposure kids have to marketing of unhealthy foods and beverages via product packaging (superheroes, logos), TV, and the internet increases their short-term caloric intake and preference for junk food."

For the study, Sadeghirad's team looked at previous studies that examined advertising of unhealthy foods and beverages through television and movie commercials, videogames, use of branded logos, packaging with licensed characters, and booklet/magazine ads.

When children were exposed to unhealthy advertisements, they consumed significantly more unhealthy than healthy calories, the study found. The findings also suggest that younger children (≤ 8 years of age) might be more susceptible to the impact of food and beverage marketing in terms of quantity and quality of calories consumed. 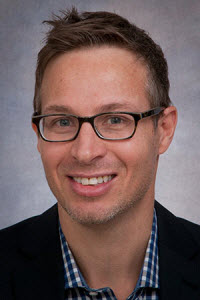 Bradley Johnston, corresponding author of the study and assistant professor in the Department of Clinical Epidemiology and Biostatistics.Photo courtesy of McMaster UniversityThe researchers hypothesize that younger children might be more vulnerable to the influence of advertisements and associate the marketed products with positive features of commercials and subsequently try to imitate the behaviors they see.

The researchers say these findings are particularly important considering recent studies revealing that children are exposed to an average of five food ads per hour, with unhealthy foods accounting for greater than 80 per cent of all televised food advertisements in Canada, the United States, and Germany.

"Overall, our analyses show the need for a review of public policy on child-targeted unhealthy food and beverage marketing," added Bradley Johnston, corresponding author of the study, an assistant professor in the Department of Clinical Epidemiology and Biostatistics at McMaster and director of SORT (Systematic Overviews through advancing Research Technology) at The Hospital for Sick Children.

"The increasing prevalence of obesity seems to further coincide with marked increases in the food and beverage industry's budget for marketing aimed at children and youth, with data showing that energy-dense, low-nutrient foods and beverages make up the majority of commercially marketed products."

Research for this study was funded in part by the Heart and Stroke Foundation of Canada and the Canadian Institutes for Health Research Chair in Hypertension Prevention and Control held by Dr. Norm Campbell of the University of Calgary.