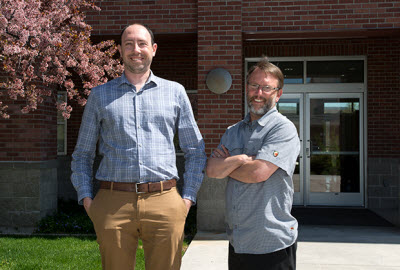 Mike Touchton and Brian WamplerPhoto courtesy of Boise State UniversityDengue fever is a leading cause of serious illness and death among children in some tropical areas, with symptoms that include acute abdominal pain, bleeding, persistent vomiting, and respiratory distress. Even more alarming, the same mosquito that transmits dengue, the Aedes aegypti mosquito, also carries the Zika virus.

More than 1.5 million cases of dengue fever were reported in Brazil in 2015, approximately three times higher than in 2014, according to the World Health Organization. Young children often are the hardest hit. Now, Boise State University political scientists Brian Wampler and Mike Touchton are hoping they can help improve the odds in Brazil by increasing citizen involvement and awareness.

Wampler’s research on participatory government in Brazil over the past 15 years has shown that the expansion of citizen involvement in important decisions regarding community services and policies greatly improves healthcare outcomes. 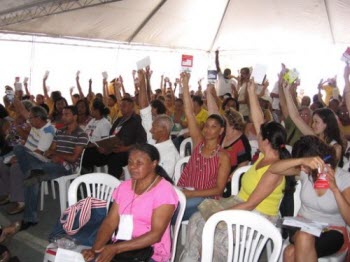 Participatory government in Brazil has greatly improved healthcare outcomes over the past 15 years.Photo courtesy of Boise State UniversityThe process is simple: Cities form health councils made up of a mix of ordinary citizens and government officials. The officials propose budget and policy changes and proposals, and the council votes to approve or disapprove each. Information flows from the government to individual communities through the councils, and from community members to elected officials, via the same route.

Many participatory programs focus resources on areas with lower incomes and access to fewer public services, making them even more impactful in changing lives. 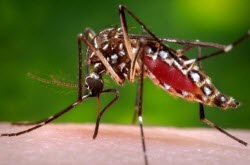 The Aedes aegypti mosquitoPhoto credit: Center for Disease ControlNow, Wampler and Touchton are studying the effectiveness of the participatory governance model in relation to infant mortality and other public health challenges, such as dengue fever and the Zika virus. Infant mortality often is associated with poor prenatal care, post-birth malnutrition, and diarrhea. In this model, government officials can inform policy council board members about available pre- and post-natal services, including where clinics are located and what services are offered. The board, which is made up of local citizens, can reach out to those in the community who would benefit from these services.

“Since they live there, they are more likely to know who is pregnant, and they can inform them about where to go and what to do,” Wampler said.

As a new democracy, Brazil is an ideal testing ground for this research, Wampler said, because it offers an opportunity to see the extent to which democratic institutions can improve well-being. 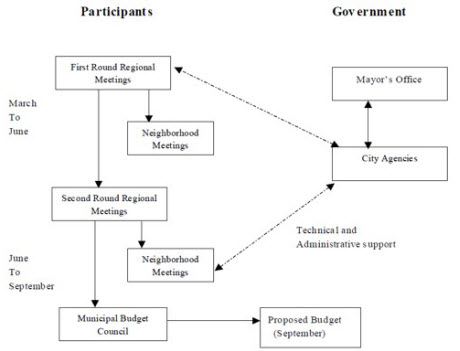 Brazil has, for much of the past 20 years, extensively experimented with new democratic institutions and social policy delivery. Brazil also has excellent data collection because information is collected uniformly across all municipalities. This creates a unique opportunity to better understand how government policies are changing social well-being.

Wampler and Touchton have assembled a unique dataset covering 5,500 Brazilian municipalities from 2000 to 2013. Data includes per capita growth rates, election outcomes, income and spending budgets. The data clearly shows that the expansion of institutions that incorporate citizen participation is positively associated with healthcare outcomes.

Infant mortality alone has dropped by almost 20 percent in areas that have used participatory budgeting for more than eight years, showing that the policy produces not just temporary improvements but lasting change.

Participatory budgeting policy is being adopted in Chicago, New York, and Boston, and is being considered in other large cities.

“Ideally, communities across the United States will find this an effective democratic institution that can help improve public services and quality of life,” Wampler said.