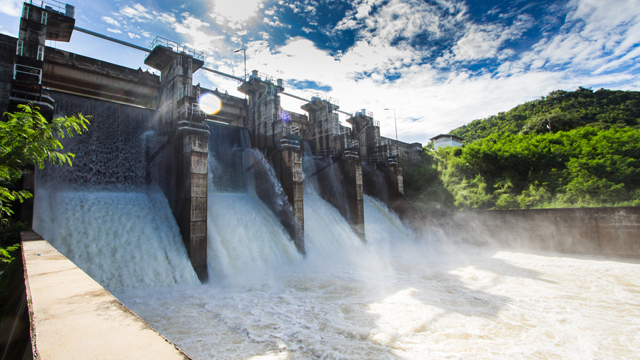 Hydropower is broadly considered to be much more environmentally friendly than electricity generated from fossil fuels, and in many cases this is true. However, a new study reveals that the climate impact of hydropower facilities varies widely throughout the world and over time, with some facilities emitting more greenhouse gases than those burning fossil fuels. The researchers report their results in ACS' journal Environmental Science & Technology.

Currently, hydropower contributes two-thirds of the electricity generated from renewable sources worldwide, according to the International Energy Association, with thousands of new hydroelectric facilities either planned or under construction across the globe. This popularity stems partly from the perception that hydropower is an environmentally friendly alternative to fossil fuels. It is commonly thought that the greenhouse gas emissions from hydropower plants are similar to those of wind-generated power facilities. However, most studies of hydropower's climate impact have neglected certain factors, such as changes in carbon dioxide emissions that occur when natural landscapes are flooded to create reservoirs for hydropower plants, as well as the near-term warming from associated methane emissions. Ilissa Ocko and Steven Hamburg wanted to conduct a more comprehensive analysis of the climate impacts of hydropower facilities over time.

The researchers analyzed the climate impacts over time of carbon dioxide and methane emissions from a dataset of 1,473 hydroelectric facilities in 104 countries. They also estimated emissions caused by flooding the reservoir. The team found that hydropower emissions on average were far greater and thus worse for the climate than emissions from nuclear, solar, and wind power installations, but better for the climate than emissions from coal and natural gas utilities. However, some individual hydropower facilities were worse for the climate than coal and natural gas plants both in the near- and long-term. The climate benefits of using hydropower instead of fossil fuel-generated power were much smaller in the near-term than the long-term because of the large impact that methane emissions have on warming, Ocko says. The analysis also indicated that emissions varied by region: New hydropower facilities in Western Europe were estimated to have near-zero climate impacts, whereas those in Western Africa yielded climate impacts greater than coal and natural gas plants over all timescales. These results should be considered when designing and constructing new hydropower plants, the researchers say.