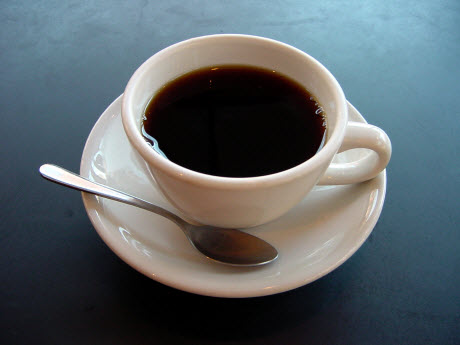 Scientists have identified two compounds in coffee, cafestol and caffeic acid, that likely decrease the risk of developing type 2 diabetes.Photo credit: Julius Schorzman, Wikimedia CommonsMuch to coffee lovers' delight, drinking three to four cups of coffee per day has been shown to decrease the risk of developing type 2 diabetes. Now, scientists report in the American Chemical Society's Journal of Natural Products that they have identified two compounds that contribute to this health benefit. Researchers say that this knowledge could someday help them develop new medications to better prevent and treat the disease.

Patients with type 2 diabetes become resistant to insulin, a hormone that helps turn glucose from food into energy. To overcome this resistance, the pancreas makes more insulin, but eventually, it just can't make enough. High blood glucose levels can cause health problems, such as blindness and nerve damage. Several genetic and life style risk factors have been linked to the development of type 2 diabetes, but drinking coffee has been shown to help prevent its onset. Caffeine was thought to be responsible, but studies have shown it has only a short-term effect on glucose and insulin, and decaffeinated coffee has the same effect as the regular version of the drink. To investigate which of coffee's many bioactive components are responsible for diabetes prevention, Søren Gregersen and colleagues tested the effects of different coffee substances in rat cell lines.

The researchers investigated different coffee compounds' effects on cells in the lab. Cafestol and caffeic acid both increased insulin secretion when glucose was added. The team also found that cafestol increased glucose uptake in muscle cells, matching the levels of a currently prescribed antidiabetic drug. They say cafestol's dual benefits make it a good candidate for the prevention and treatment of type 2 diabetes. However, because coffee filters eliminate much of the cafestol in drip coffee, it is likely that other compounds also contribute to these health benefits.