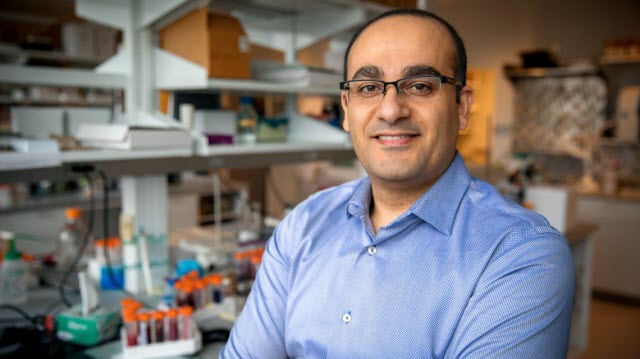 Consumers are fickle creatures: We want to have our red-hued strawberry cake and eat it two weeks later. But the natural colorants that give fresh foods a pleasing color can degrade dramatically when exposed to common food processing techniques. This has led manufacturers to rely on synthetic dyes, to consumers’ increasing displeasure.

Now, a team of Cornell University food scientists has discovered a way to process natural beet juice so that it maintains its bright red color and will allow food manufacturers to use it in place of synthetic dyes in a much greater variety of foods.

Combining beet root extract with locust bean gum, sodium alginate, or gum arabic and then subjecting it to very high pressure improves the stability of red colorant during heated food processing, as well as during up to six weeks of cold storage, according to a recent paper.

“Our goal is to provide clean ways of modifying ingredients, using chemistry knowledge and technology that we develop in the lab, to help the food industry create healthier, more palatable foods,” said lead author Alireza Abbaspourrad, the Youngkeun Joh Assistant Professor of Food Chemistry and Ingredient Technology in the Department of Food Science. “We’re looking at how we can use natural ingredients, stabilize them, make them last longer, and incorporate them in our diets.”

Abbaspourrad and co-author Olga Padilla-Zakour, professor and chair of the Department of Food Science, along with postdoctoral researchers Michael Joseph Selig, Giovana Bonat Celli, and Chen Tan, filed a provisional patent for the new processing technique through Cornell’s Center for Technology Licensing.

For 100 years, the food industry has resolved consumers’ competing demands for processed, shelf-stable foods with fresh-looking colors by relying on synthetic colorants. On an ingredient label, these dyes appear as Blue 1, Red 40, Yellow 5, and others. 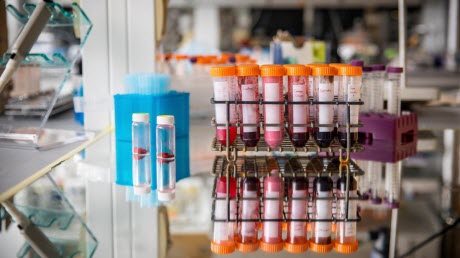 Beet juice and natural ingredients used to make stable red colorants for food in a Stocking Hall laboratory.Photo credit: Lindsay France/Cornell University PhotographyHowever, consumers have become increasingly concerned about the potential negative health effects of such synthetics. For example, the synthetic dye Red 2 was identified as a carcinogen by the FDA in the 1970s and taken off the market—the ensuing consumer fear of red dyes in general led candy companies to eliminate red from their products for more than a decade. The FDA determined that another dye, Red 3, contributed to skin cancer, and they banned it in products used on the skin, though it remains legal for use in foods.

The food industry’s use of natural pigments has been hampered by these ingredients’ degradation during many common food processing techniques: Beet root extract, for example, is already used extensively in beverages, dairy, and fruit products, but its color degrades when exposed to heat, light, or changes in pH.

The new technique developed by Cornell food scientists uses the state-of-the-art Hiperbaric high-pressure processing unit at Cornell’s New York State Agricultural Experiment Station in Geneva. Normally the unit—which subjects foods to pressure up to 87,000 pounds per square inch—is used in place of heated processing to kill bacteria in fresh foods. But Abbaspourrad, Padilla-Zakour and their colleagues discovered that it can also be used to assimilate and stabilize colorant.

“When you take beet juice, formulate it with hydrocolloids and apply high pressure, it actually affects the way these complexes are formed and creates a stable color, which you can’t obtain by common techniques,” Abbaspourrad said.

In contrast to some synthetic dyes, beet juice is decidedly healthy. It has been found to have anti-cancer, antioxidant, anti-inflammatory, and neuroprotective properties.