Jul 27, 2021|1 min readProceedings of the National Academy of Sciences 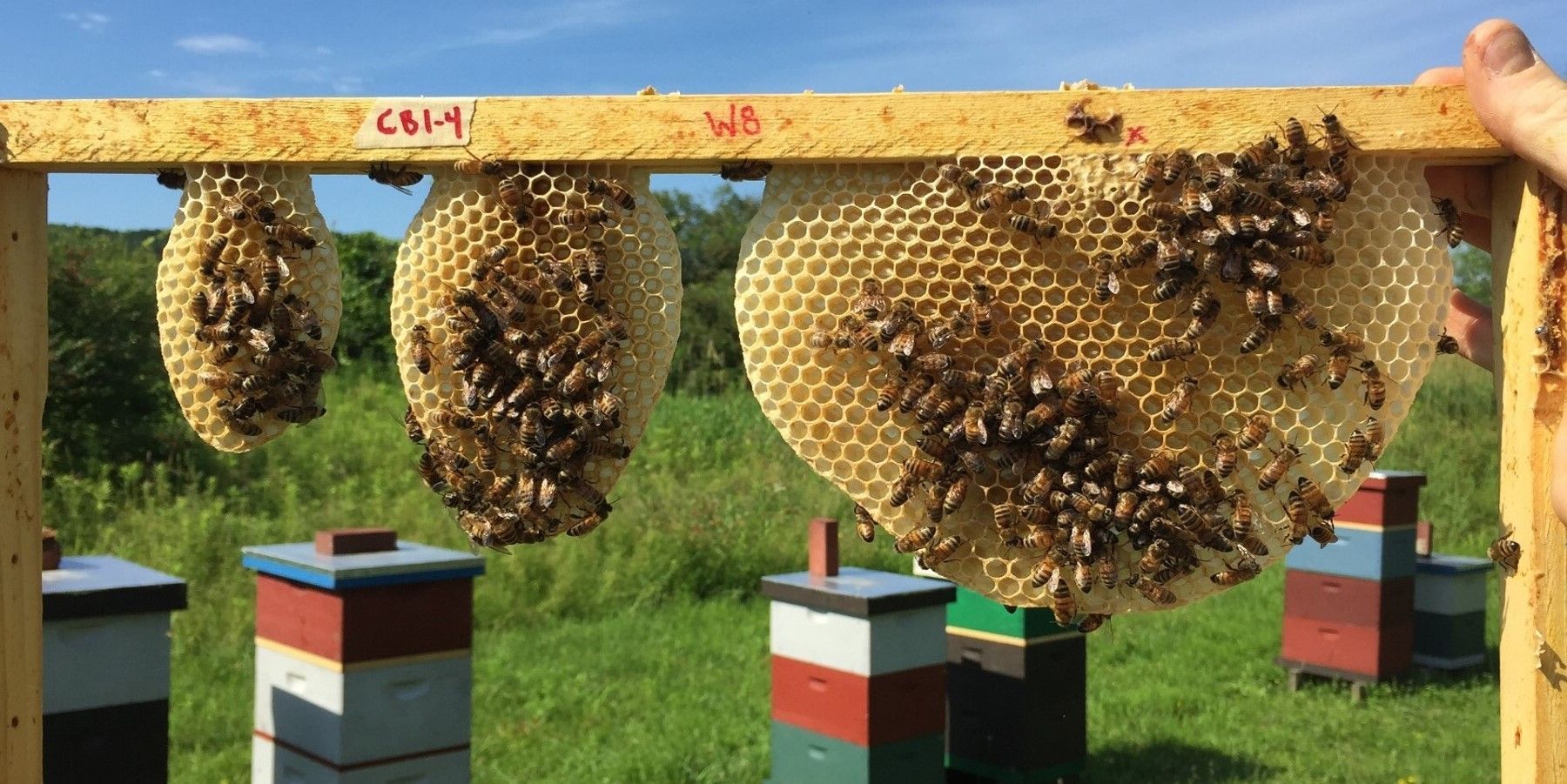 A new study explores comb-building behavior in honeybees. Honeybees construct perfectly hexagonal honeycombs but may encounter challenges in achieving this architecture. Using automated image analysis of naturally built honeycombs, Michael Smith and colleagues examined building challenges that bees face during nest construction as well as the methods bees use to solve such challenges. The authors analyzed more than 19,000 individual comb cells built by 12 colonies. Worker bees preemptively changed their building behavior to create space for large hexagonal cells, built irregular cell shapes arranged in patterns, and changed both the tilt, size, and number of walls to overcome various building challenges. Challenges arise naturally in colonies, such as when workers transition from building small hexagons to large hexagons or when bees must merge two independent pieces of comb together. The authors report that some comb-building challenges were exceptionally difficult for bees, such as merging combs with unaligned cells. When minor adjustments proved unsuccessful, workers constructed pairs and triplets of nonhexagonal cells, while conserving wax. The findings contradict the view of honeybees as comb-building automatons and instead suggest that the insects are skilled architects, according to the authors.