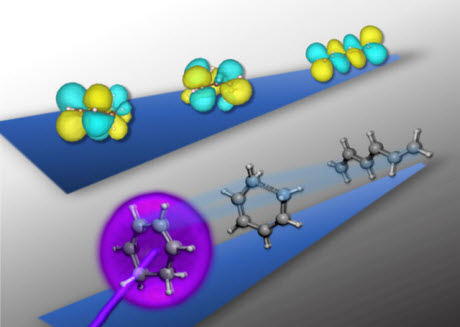 Upon light activation (in purple, bottom row’s ball-and-stick diagram), the cyclic structure of the 1,3-cyclohexadiene molecule rapidly unravels into a near-linear shape in just 200 femtoseconds. Using ultrafast X-ray spectroscopy, researchers have captured in real time the accompanying transformation of the molecule’s outer electron “clouds” (in yellow and teal, top row’s sphere diagram) as the structure unfurls.Photo Credit: Kristina Chang/Berkeley LabThe ephemeral electron movements in a transient state of a reaction important in biochemical and optoelectronic processes have been captured and, for the first time, directly characterized using ultrafast X-ray spectroscopy at the Department of Energy’s Lawrence Berkeley National Laboratory (Berkeley Lab).

Like many rearrangements of molecular structures, the ring-opening reactions in this study occur on timescales of hundreds of femtoseconds (1 femtosecond equals a millionth of a billionth of a second). The researchers were able to collect snapshots of the electronic structure during the reaction by using femtosecond pulses of X-ray light on a tabletop apparatus.

The experiments are described in the April 7 issue of the journal Science.

“Much of the work over the past decades characterizing molecules and materials has focused on X-ray spectroscopic investigations of static or non-changing systems,” said study principal investigator Stephen Leone, faculty scientist at Berkeley Lab’s Chemical Sciences Division and UC Berkeley professor of chemistry and physics. “Only recently have people started to push the time domain and look for transient states with X-ray spectroscopy on timescales of femtoseconds.”

The researchers focused on the structural rearrangements that occur when a molecule called 1,3 cyclohexadiene (CHD) is triggered by light, leading to a higher-energy rearrangement of electrons, known as an excited state. In this excited state, the cyclic molecule of six carbon atoms in a ring opens up into a linear six-carbon chain molecule. The ring-opening is driven by an extremely fast exchange of energy between the motions of the atomic nuclei and the new, dynamic electronic configuration.

This light-activated, ring-opening reaction of cyclic molecules is a ubiquitous chemical process that is a key step in the photobiological synthesis of vitamin D in the skin and in optoelectronic technologies underlying optical switching, optical data storage, and photochromic devices. 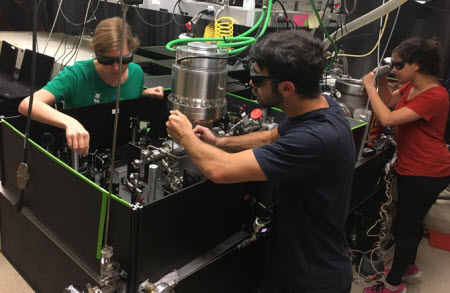 Berkeley Lab postdoctoral researcher Kirsten Schnorr (left), chemistry Ph.D. student research assistant Andrew Attar (center), and postdoctoral researcher Aditi Bhattacherjee (right) make preparations for an experiment on the ultrafast x-ray apparatus.Photo Credit: Tian Xue/Berkeley LabIn order to characterize the electronic structure during the ring-opening reaction of CHD, the researchers took advantage of the unique capabilities of X-ray light as a powerful tool for chemical analysis. In their experiments, the researchers used an ultraviolet pump pulse to trigger the reaction and subsequently probe the progress of the reaction at a controllable time delay using the X-ray flashes. At a given time delay following the UV light exposure, the researchers measure the wavelengths (or energies) of X-ray light that are absorbed by the molecule in a technique known as time-resolved X-ray spectroscopy.

“The key to our experiment is to combine the powerful advantages of X-ray spectroscopy with femtosecond time resolution, which has only recently become possible at these photon energies,” said study lead author Andrew Attar, a UC Berkeley PhD student in chemistry. “We used a novel instrument to make an X-ray spectroscopic ‘movie’ of the electrons within the CHD molecule as it opens from a ring to a linear configuration. The spectroscopic still frames of our ‘movie’ encode a fingerprint of the molecular and electronic structure at a given time.”

In order to unambiguously decode the spectroscopic fingerprints that were observed experimentally, a series of theoretical simulations were performed by researchers at Berkeley Lab’s Molecular Foundry and the Theory Institute for Materials and Energy Spectroscopies (TIMES) at DOE’s SLAC National Accelerator Laboratory. The simulations modeled both the ring-opening process and the interaction of the X-rays with the molecule during its transformation.

“The richness and complexity of dynamical X-ray spectroscopic signatures such as the ones captured in this study require a close synergy with theoretical simulations that can directly model and interpret the experimentally observed quantities,” said Das Pemmaraju, project scientist at Berkeley Lab’s Chemical Sciences Division and an associate staff scientist at TIMES.

The use of femtosecond X-ray pulses on a laboratory benchtop scale is one of the key technological milestones to emerge from this study.

“We have used a tabletop, laser-based light source with pulses of X-rays at energies that have so far been limited only to large-facility sources,” said Attar.

The X-ray pulses are produced using a process known as high-harmonic generation, wherein the infrared frequencies of a commercial femtosecond laser are focused into a helium-filled gas cell and, through a nonlinear interaction with the helium atoms, are up-converted to X-ray frequencies. The infrared frequencies were multiplied by a factor of about 300.

The researchers are now utilizing the instrument to study myriad light-activated chemical reactions with a particular focus on reactions that are relevant to combustion.

“These studies promise to expand our understanding of the coupled evolution of molecular and electronic structure, which lies at the heart of chemistry,” said Attar.

Other co-authors of the study are Aditi Bhattacherjee and Kirsten Schnorr at Berkeley Lab’s Chemical Sciences Division and UC Berkeley’s Department of Chemistry; and Kristina Closser and David Prendergast at Berkeley Lab’s Molecular Foundry. 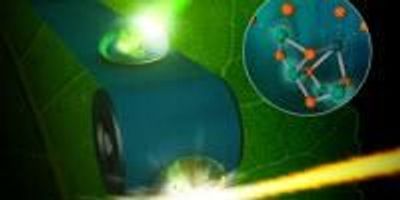 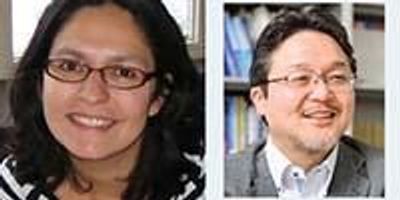 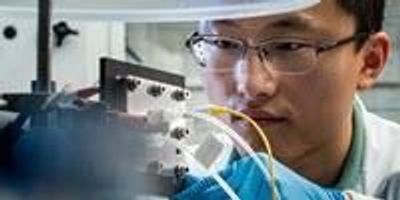