Biologists studying collectives of bacteria, or "biofilms," have discovered that these so-called simple organisms feature a robust capacity for memory.

Working in the laboratory of University of California San Diego professor Gürol Süel, Chih-Yu Yang, Maja Bialecka-Fornal, and their colleagues found that bacterial cells stimulated with light remembered the exposure hours after the initial stimulus. The researchers were able to manipulate the process so that memory patterns emerged.

The discovery reveals surprising parallels between low-level single-cell organisms and sophisticated neurons that process memory in the human brain.

"Even just a few years ago people didn't think bacterial cells and neurons were anything alike because they are such different cells," said Süel. "This finding in bacteria provides clues and a chance to understand some key features of the brain in a simpler system. If we understand how something as sophisticated as a neuron came to be—its ancient roots—we have a better chance of understanding how and why it works a certain way."

The findings, described Apr. 27 in the journal Cell Systems, also provide a starting path for scientists to one day design basic computing systems with living organisms such as bacteria.

Related Article: Researchers Listen in on the Chemical Conversation of the Human Microbiome 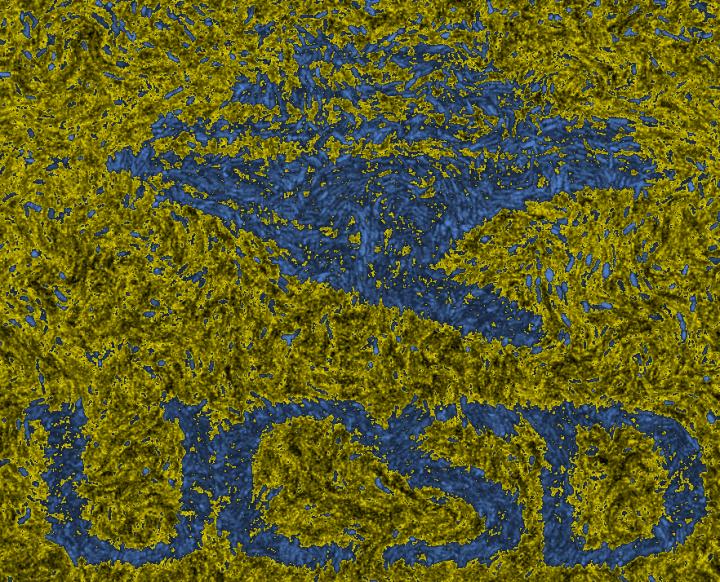 Following recent discoveries by the Süel lab that bacteria use ion channels to communicate with each other, new research suggested that bacteria might also have the ability to store information about their past states. In the new study, the researchers were able to encode complex memory patterns (video here) in bacterial biofilms with light-induced changes in the cell membrane potential of Bacillus subtilis bacteria. The optical imprints, they found, lasted for hours after the initial stimulus, leading to a direct, controllable single-cell resolution depiction of memory.

"When we perturbed these bacteria with light they remembered and responded differently from that point on," said Süel. "So for the first time we can directly visualize which cells have the memory. That's something we can't visualize in the human brain."

The ability to encode memory in bacterial communities, the researchers say, could enable future biological computation through the imprinting of complex spatial memory patterns in biofilms.

"Bacteria are the dominant form of life on this planet," said Süel. "Being able to write memory into a bacterial system and do it in a complex way is one of the first requirements for being able to do computations using bacterial communities."

Further, as the researchers note in the study: "It may thus be possible to imprint synthetic circuits in bacterial biofilms, by activating different kinds of computations in separate areas of the biofilm...Overall, our work is likely to inspire new membrane-potential-based approaches in synthetic biology and provide a bacterial paradigm for memory-capable biological systems."