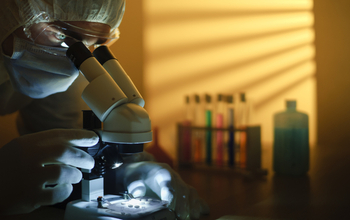 U.S. companies that performed or funded R&D reported domestic net sales of $10 trillion in 2013.Photo credit: ©iStock.com/NicolasCompanies spent $323 billion on research and development performed in the United States during 2013, 6.7 percent more than the $302 billion they spent the previous year.

A new report from the National Science Foundation's National Center for Science and Engineering Statistics (NCSES) finds that the companies' own level of R&D funding also rose, going from $247 billion to $265 billion between 2012 and 2013. The federal government was the chief source of external funding companies put into R&D, accounting for $29 billion in 2013, most of which came from the Defense Department.

Manufacturing industries, including chemicals, machinery and computer products, were responsible for 69 percent--or $221 billion--of domestic R&D spending in 2013. Of the nonmanufacturing industries, the most R&D spending came from the information sector, which includes software publishers and others, with $57 billion, followed by professional, scientific and technical services, with $31 billion.

NCSES found that business R&D spending is concentrated in a relatively small number of states, with businesses in California accounting for 29 percent of the investments companies made from their own funding. Other states with large amounts of company-funded R&D included Michigan (5.4 percent), Massachusetts (5.3 percent), Washington (5.3 percent), Texas (5.1 percent), Illinois (4.5 percent), New Jersey (4.5 percent), New York (3.6 percent) and Pennsylvania (3.8 percent).

For more information on this report, please visit NSF's National Center for Science and Engineering Statistics.