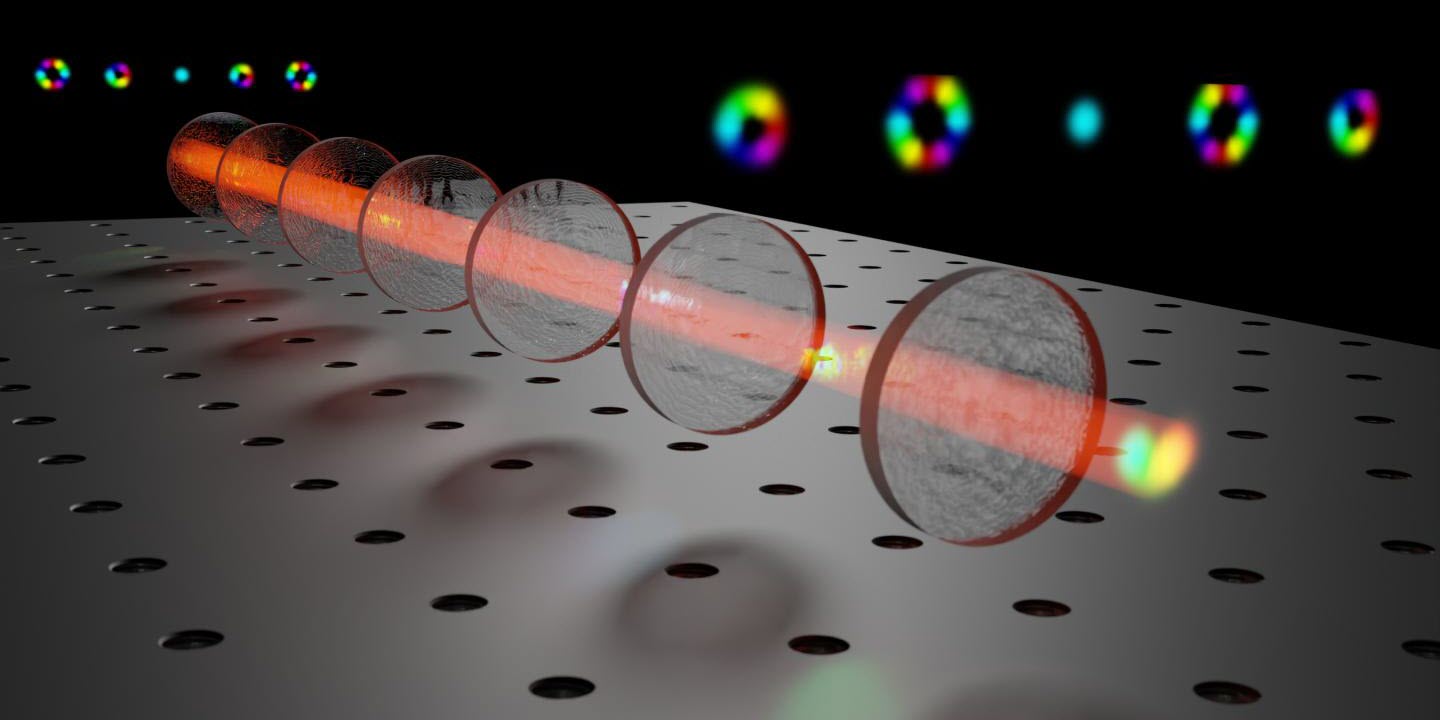 As the digital revolution has now become mainstream, quantum computing and quantum communication are rising in the consciousness of the field. The enhanced measurement technologies enabled by quantum phenomena, and the possibility of scientific progress using new methods, are of particular interest to researchers around the world.

Recently two researchers at Tampere University, assistant professor Robert Fickler and doctoral researcher Markus Hiekkamäki, demonstrated that two-photon interference can be controlled in a near-perfect way using the spatial shape of the photon. Their findings were recently published in the journal Physical Review Letters.

"Our report shows how a complex light-shaping method can be used to make two quanta of light interfere with each other in a novel and easily tuneable way," explains Markus Hiekkamäki.

Single photons (units of light) can have highly complex shapes that are known to be beneficial for quantum technologies such as quantum cryptography, super-sensitive measurements, or quantum-enhanced computational tasks. To make use of these so-called structured photons, it is crucial to make them interfere with other photons.

"One crucial task in essentially all quantum technological applications is improving the ability to manipulate quantum states in a more complex and reliable way. In photonic quantum technologies, this task involves changing the properties of a single photon as well as interfering multiple photons with each other;" says Robert Fickler, who leads the Experimental Quantum Optics group at the university.

The demonstrated development is especially interesting from the point of view of high-dimensional quantum information science, where more than a single bit of quantum information is used per carrier. These more complex quantum states not only allow the encoding of more information onto a single photon but are also known to be more noise-resistant in various settings.

The method presented by the research duo holds promise for building new types of linear optical networks. This paves the way for novel schemes of photonic quantum-enhanced computing.

"Our experimental demonstration of bunching two photons into multiple complex spatial shapes is a crucial next step for applying structured photons to various quantum metrological and informational tasks,", continues Hiekkamäki.

"We hope that these results inspire more research into the fundamental limits of photon shaping. Our findings might also trigger the development of new quantum technologies, e.g. improved noise-tolerant quantum communication or innovative quantum computation schemes, that benefit from such high-dimensional photonic quantum states," adds Fickler.

- This press release was originally published on the Tampere University website. It has been edited for style