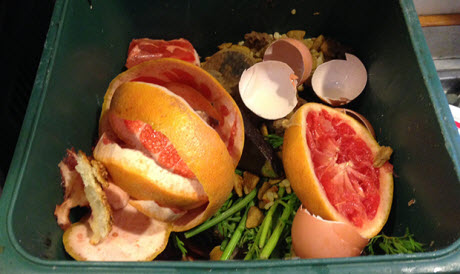 Photo courtesy of the University of WashingtonMany people compost their food scraps and yard waste because they think it’s the right thing to do.

A new University of Washington study confirms that sentiment, and also calculates the environmental benefits associated with keeping these organic materials out of landfills.

The biggest takeaway for residents of Seattle, San Francisco and other places that offer curbside compost pickup is to take advantage of that service—and pat yourself on the back for using it.

“You should definitely pay attention to where you put your food waste, and you should feel good you live in a place where compost is an option,” said paper author Sally Brown, a UW research associate professor of environmental and forest sciences.

Food waste in particular generates a significant amount of the greenhouse gas methane when it’s buried in landfills, but not so when composted. U.S. cities and counties that offer composting prevent otherwise trash-bound food scraps from decomposing in landfills and generating methane—and they get a significant carbon credit as a result.

“That gives municipalities a big incentive to do this,” Brown added. 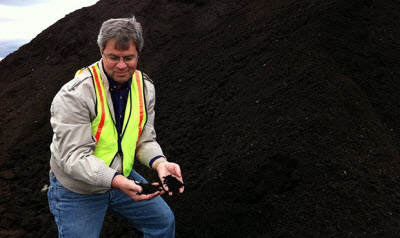 Chuck Rice, a Kansas State University professor, with a finished pile of compost made from food and yard waste.Photo credit: Kate KurtzBrown’s study, appearing in the January 2016 issue of Compost Science & Utilization, analyzes new changes to a U.S. Environmental Protection Agency model that helps solid waste planners estimate greenhouse gas emission reductions based on whether materials are composted, recycled, burned or thrown away.

With compost, the model calculates how much methane is produced over time in landfills as organic materials decay. It also considers how much methane from landfills is currently captured in collection systems verses being released into the atmosphere.

The results are overwhelmingly in support of composting food waste rather than sending it to landfills.

Related article: Turning Waste from Rice, Parsley and Other Foods into Biodegradable Plastic

“Putting your food waste in the compost bin can really help reduce methane emissions from landfills, so it’s an easy thing to do that can have a big impact,” Brown said.

In the U.S., about 95 percent of food scraps are still thrown away and eventually end up in landfills. The scenario is better for yard waste—grass clippings, leaves and branches—with more than half diverted to compost facilities instead of landfills. 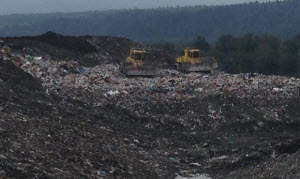 Cedar Hills Regional Landfill, King County’s landfill in Maple Valley.Photo credit: Sally BrownBrown’s analysis found that the benefits of composting yard trimmings is less clear on paper, because the speed that the material decomposes depends on location and season. For example, yard waste in Florida in December will likely break down a lot quicker in landfills and create more methane gas than the same amount of yard waste in Minnesota during the same month.

Food scraps, alternatively, decay and start producing methane at about the same rate in all regions. The content of food waste is relatively consistent across seasons and locations, and the same can be said for conditions in landfills. While it may be snowing in Minnesota, the temperature within the landfills is likely to be over 70 F.

The variation for yard trimmings makes it hard for the Environmental Protection Agency model to cast a broad generalization of the material’s methane production, and thus the overall environmental cost and benefit of composting verses landfilling, Brown said.

Seattle and King County were among the first municipalities nationwide to adopt food waste composting and curbside pickup. Other leaders include San Francisco, New York City and the states of Vermont and Massachusetts.

The study was funded by the King County Wastewater Treatment Division and the U.S. Environmental Protection Agency.