With the COVID-19 pandemic resulting in lockdowns in different parts of the world, from the US to many European nations, there have been intense debates on when and how we can safely reopen the economy.

New research led by Hong Kong Baptist University (HKBU) computer scientists has used a data-driven modeling approach to answer the time-critical question of when the stringent social distancing and quarantine measures against COVID-19 can be loosened so that normal life and economic activities can be restored in a safe manner.

The research team developed a novel computational model that explicitly characterizes and quantifies the underlying transmission patterns among different populations throughout the various phases of the COVID-19 outbreak. Based on the model, the research team carried out a prospective analysis of the different work resumption plans, revealing the respective economic implications and the levels of disease transmission risk associated with each plan.

The original research was titled "What are the Underlying Transmission Patterns of COVID-19 Outbreak? An Age-specific Social Contact Characterization", and it was published in The Lancet's EClinicalMedicine journal. 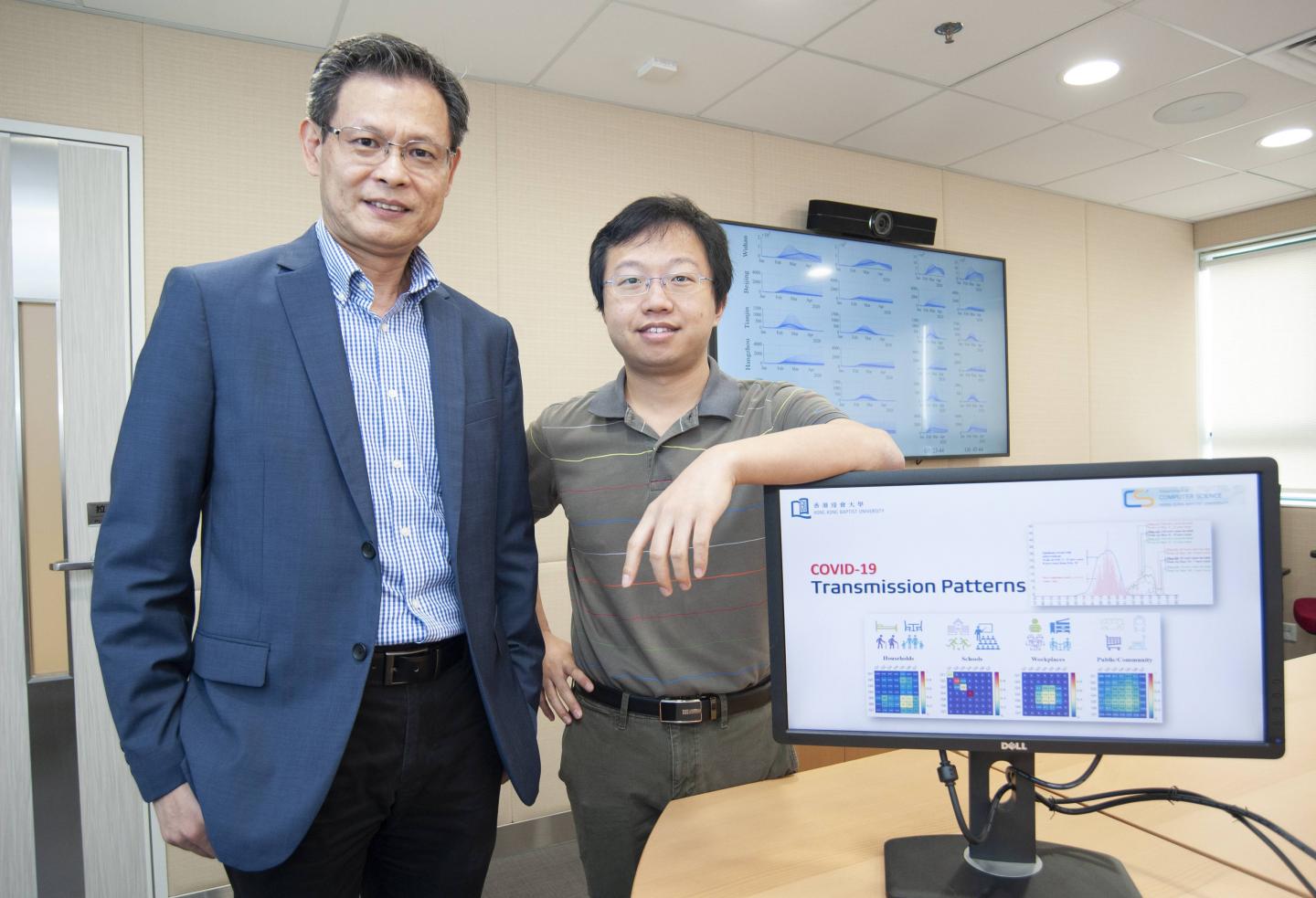 The model was developed by a research team from HKBU's Department of Computer Science, and the study was led by Liu Jiming, chair professor of the department, in collaboration with the National Institute of Parasitic Diseases of the Chinese Center for Disease Control and Prevention (China CDC) and the Chinese Academy of Sciences.

"For over a decade, our research team at HKBU has been dedicated to adopting an interdisciplinary approach while leveraging novel data analytics and artificial intelligence methodologies to address global public health challenges such as malaria and influenza. Our current work, published in an international medical journal, represents a unique scientific attempt in response to the COVID-19 pandemic," Liu said.

The researchers were able to characterize the disease transmission patterns by examining the interactions between people. The computational model divided the population into seven age groups with their own specific social circles, gathering places, and activity patterns. Four representative social contact settings—households, schools, workplaces, and public places—were considered as they are examples of dense populations in which the spread of COVID-19 may occur.

Related Infographic: Protecting Yourself Against COVID-19

Six cities in mainland China, including Wuhan and five cities from three key economic zones—Beijing, Tianjin, Hangzhou, Suzhou, and Shenzhen—were analyzed. In each case, a contact matrix was inferred to describe the contact intensity between different age-groups for each of the four settings, and this enabled the dynamics of disease transmission to be computed. Confirmed cases, population sizes, and the cities' respective intervention measures were taken into account when building the model.

With this age-specific social contact-based transmission model, the team proceeded to project the prospective development of the COVID-19 outbreak, with a focus on work resumption plans.

Disease transmission risks and the estimated impact on local GDP growth were examined for the different work resumption plans. These plans vary from more lenient ones, in which work resumes earlier and completes within a shorter time frame, to stricter ones where work resumes later within a longer overall time frame. Results of the analysis on Beijing, Tianjin, Hangzhou, Suzhou, and Shenzhen are summarized in Table 1 of the study. Wuhan was also analyzed and the researchers suggest that the city should take longer to complete work resumption in order to reduce the potential transmission risk.

The data-driven computational model developed by the research team provides a science-based analytical solution which enables policymakers to design plans that can achieve both the containment of disease transmission risk and the gradual reopening of affected cities in a safe manner. By conducting a data-driven prospective analysis, policymakers can calculate the best time to reopen the economy. For instance, they can work out whether they should reopen their cities as late as possible and hence have no disease transmission risk, or alternatively, resume work and life gradually and systematically while keeping all the necessary control measures in place to eliminate any potential disease transmission.

The research team will openly share their data-driven computational modeling and analytical tools with public health policymakers and researchers around the world, and this will enable them to capitalize on these tools for decision making using their domestic epidemiological data.