BINGHAMTON, NY — In the midst of the global pandemic, a student at Binghamton University, State University of New York, is helping India keep track of COVID-19 infection rates.

Binghamton University computer science major Jeremy Philemon is a 2+2 student, splitting his education between the Vellore Institute of Technology in India and Binghamton's Thomas J. Watson School of Engineering and Applied Science. He has applied his skills in the creation and updating of covid19india.org, a website that aggregates data from every part of the country of 1.35 billion people. Over the past two months, covid19india.org has received more than 1.75 billion page views.

Philemon started the website in early March 2020 when India saw a sudden jump in positive COVID-19 cases. He realized there was no central place for residents and officials to find data on infection rates.

"Each of the 28 states and eight union territories had their separate channels of communication and reporting, each of them with varying degrees of granularity," said Philemon. "It got a lot harder for an average person or even a data scientist to get hold of all the information in one place."

He connected with a team of researchers who were tracking the novel coronavirus through state-released bulletins and news sources reporting on behalf of medical institutions. The covid19india.org website presents a "tracker" based on that database of up-to-date numbers entered by hundreds of volunteers. 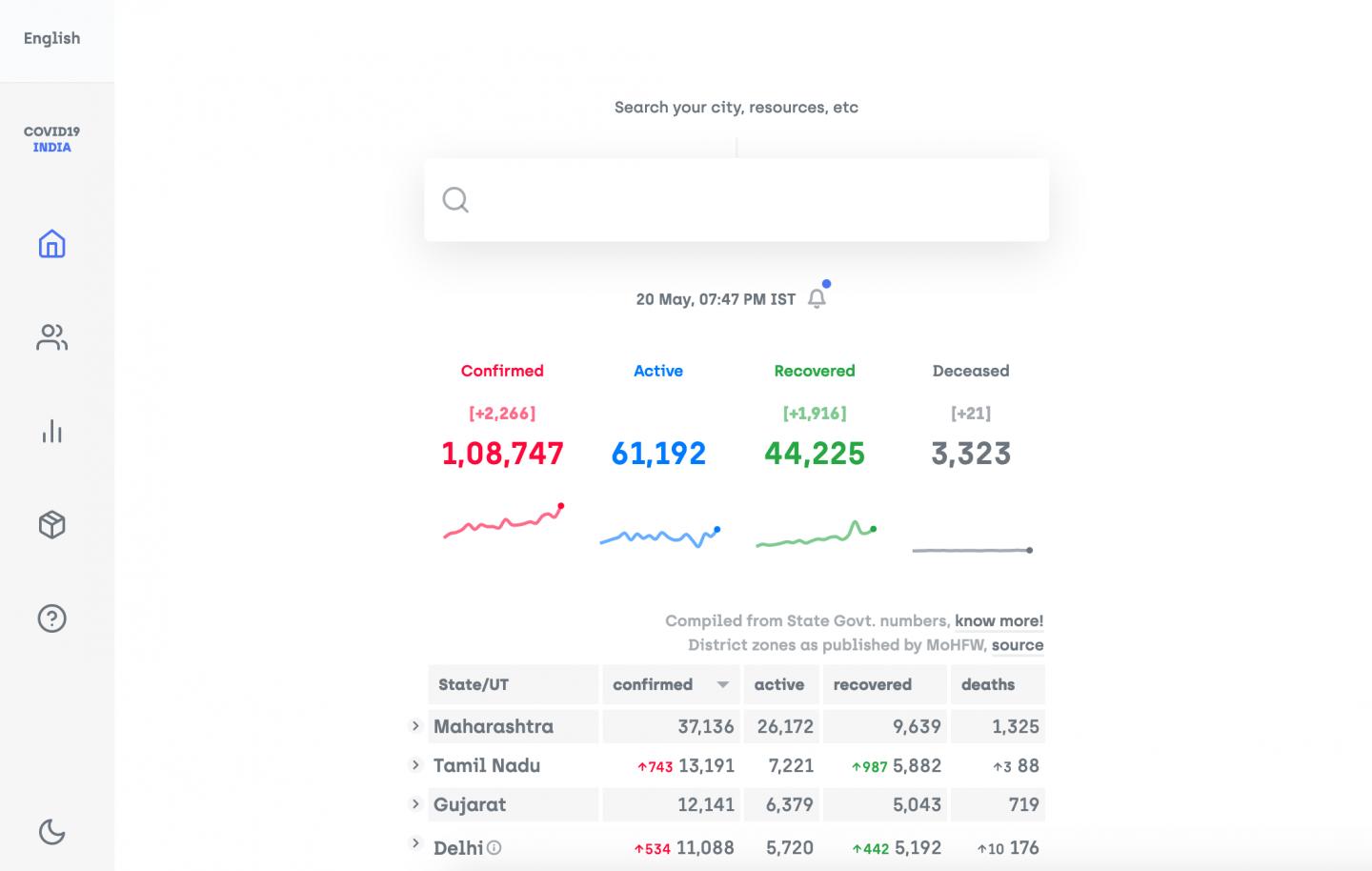 "Apart from the ordinary people using it to be aware of the current situation of the country, we've had a few states' task forces also monitoring the website to keep up with their reports," Philemon said. "We've also had researchers and data analysts working on the dataset to figure out where we might be headed in the coming days."

The skills he learned at VIT and Binghamton have guided his programming for this project. He also open-sourced the website on the software development platform GitHub, which helped to patch bugs and to introduce new features and improvements.

"Keeping the website small, easily accessible on slower network speeds and compatible on almost all devices across different browsers has been quite challenging," he said.

Designing covid19india.org also has taught him more about tailoring website design with users in mind. He wanted to make sure that the COVID-19 infection rates were presented in a way that was not overwhelming and desensitizing to those who visited the website.

"I've had both fun and exhausting hours of development during the decision-making on features, accessibility, and design," Philemon said. "It's been quite an enlightening experience whenever I had to spend time researching about visualizations and attempts at humanizing them."

- This press release was originally published on the Binghamton University website