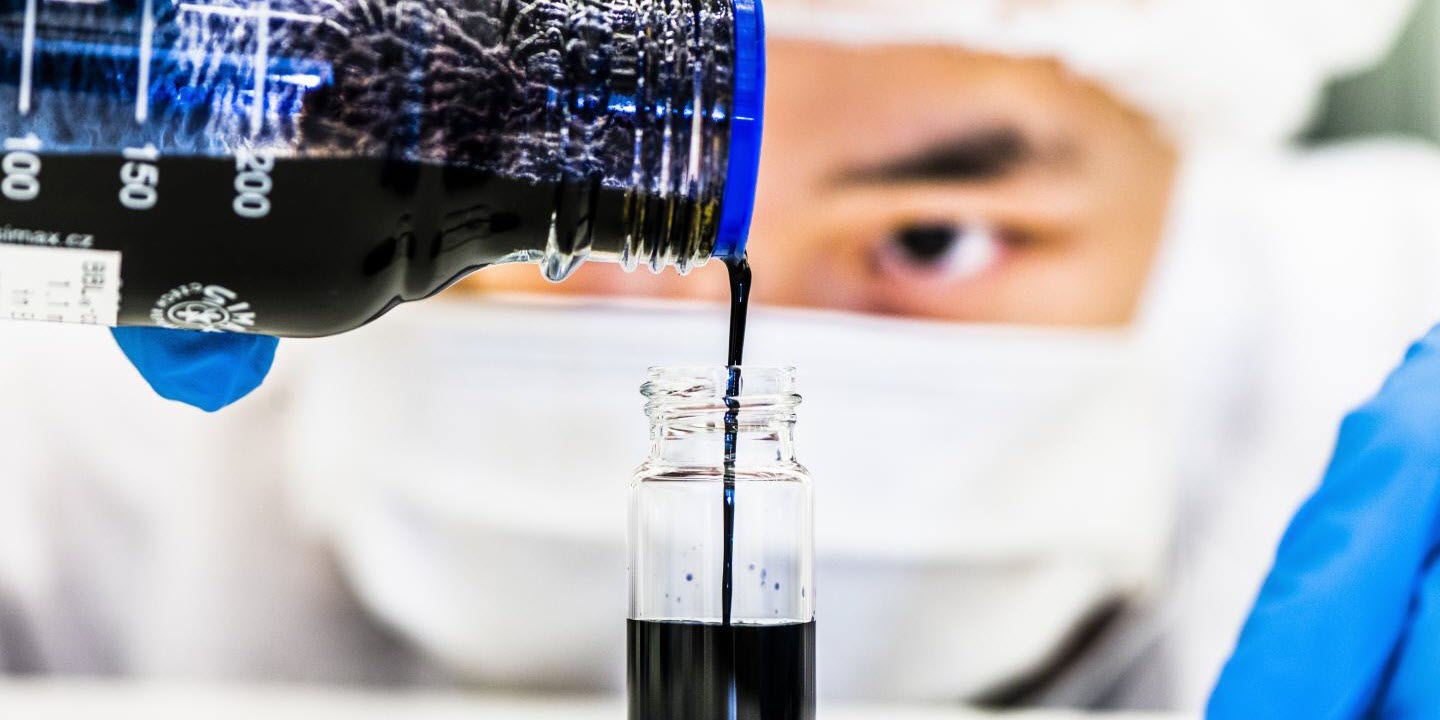 Researchers at Linköping University, Sweden, have developed a stable high-conductivity polymer ink. The new n-type material comes in the form of ink with ethanol as the solvent.
Thor Balkhed

Researchers at Linköping University, Sweden, have developed a stable high-conductivity polymer ink. The advance paves the way for innovative printed electronics with high energy efficiency. The results have been published in Nature Communications.

Electrically conducting polymers have made possible the development of flexible and lightweight electronic components such as organic biosensors, solar cells, light-emitting diodes, transistors, and batteries.

The electrical properties of the conducting polymers can be tuned using a method known as "doping." In this method, various dopant molecules are added to the polymer to change its properties. Depending on the dopant, the doped polymer can conduct electricity by the motion of either negatively charged electrons (an "n-type" conductor), or positively charged holes (a "p-type" conductor). Today, the most commonly used conducting polymer is the p-type conductor PEDOT:PSS [ poly(3,4-ethylenedioxythiophene):polystyrene sulfonate]. PEDOT:PSS has several compelling features such as high electrical conductivity, excellent ambient stability, and most importantly, commercial availability as an aqueous dispersion. However, many electronic devices require a combination of p-types and n-types to function. At the moment, there is no n-type equivalent to PEDOT:PSS.

Researchers at Linköping University, together with colleagues in the US and South Korea, have now developed a conductive n-type polymer ink, stable in air and at high temperatures. This new polymer formulation is known as BBL:PEI [poly(benzimidazobenzophenanthroline):poly(ethyleneimine)]. 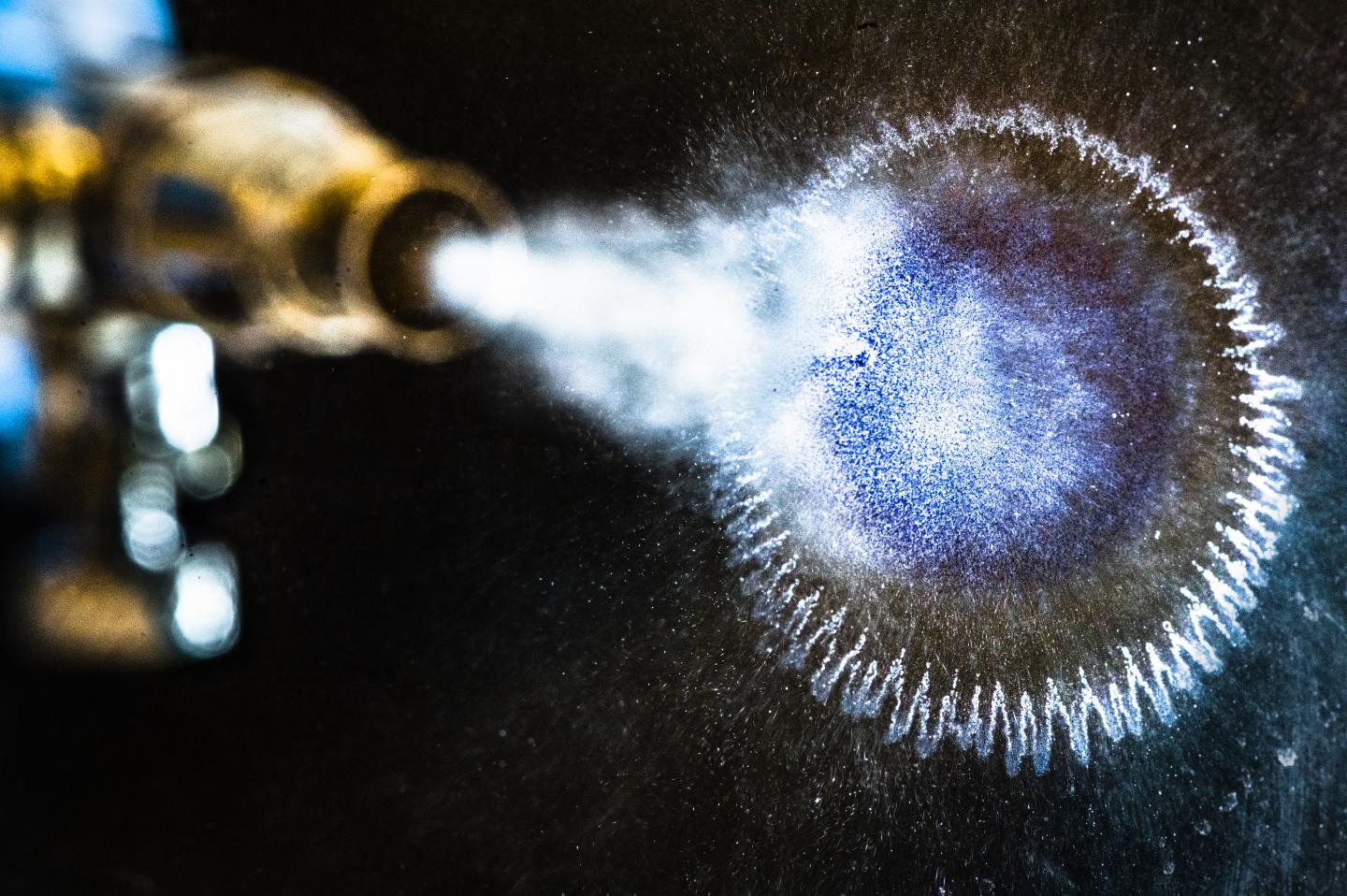 Researchers at Linköping University, Sweden, have developed a stable high-conductivity polymer ink. The ink can be deposited by simply spraying the solution onto a surface, making organic electronic devices easier and cheaper to manufacture.
Thor Balkhed

"This is a major advance that makes the next generation of printed electronic devices possible. The lack of a suitable n-type polymer has been like walking on one leg when designing functional electronic devices. We can now provide the second leg," says Simone Fabiano, senior lecturer in the Department of Science and Technology at Linköping University.

"Everything possible with PEDOT:PSS is also possible with our new polymer," says Chi-Yuan Yang, a postdoc at Linköping University and one of the principal authors of the article published in Nature Communications. "The combination of PEDOT:PSS and BBL:PEI opens new possibilities for the development of stable and efficient electronic circuits."

The new n-type material comes in the form of ink with ethanol as the solvent. The ink can be deposited by simply spraying the solution onto a surface, making organic electronic devices easier and cheaper to manufacture. Also, the ink is more eco-friendly than many other n-type organic conductors currently under development, which instead contain harmful solvents. Fabiano believes that the technology is ready for routine use.

"Large-scale production is already feasible, and we are thrilled to have come so far in a relatively short time. We expect BBL:PEI to have the same impact as PEDOT:PSS. At the same time, much remains to be done to adapt the ink to various technologies, and we need to learn more about the material," Fabiano says.

- This press release was originally published on the Linköping University website. It has been edited for style