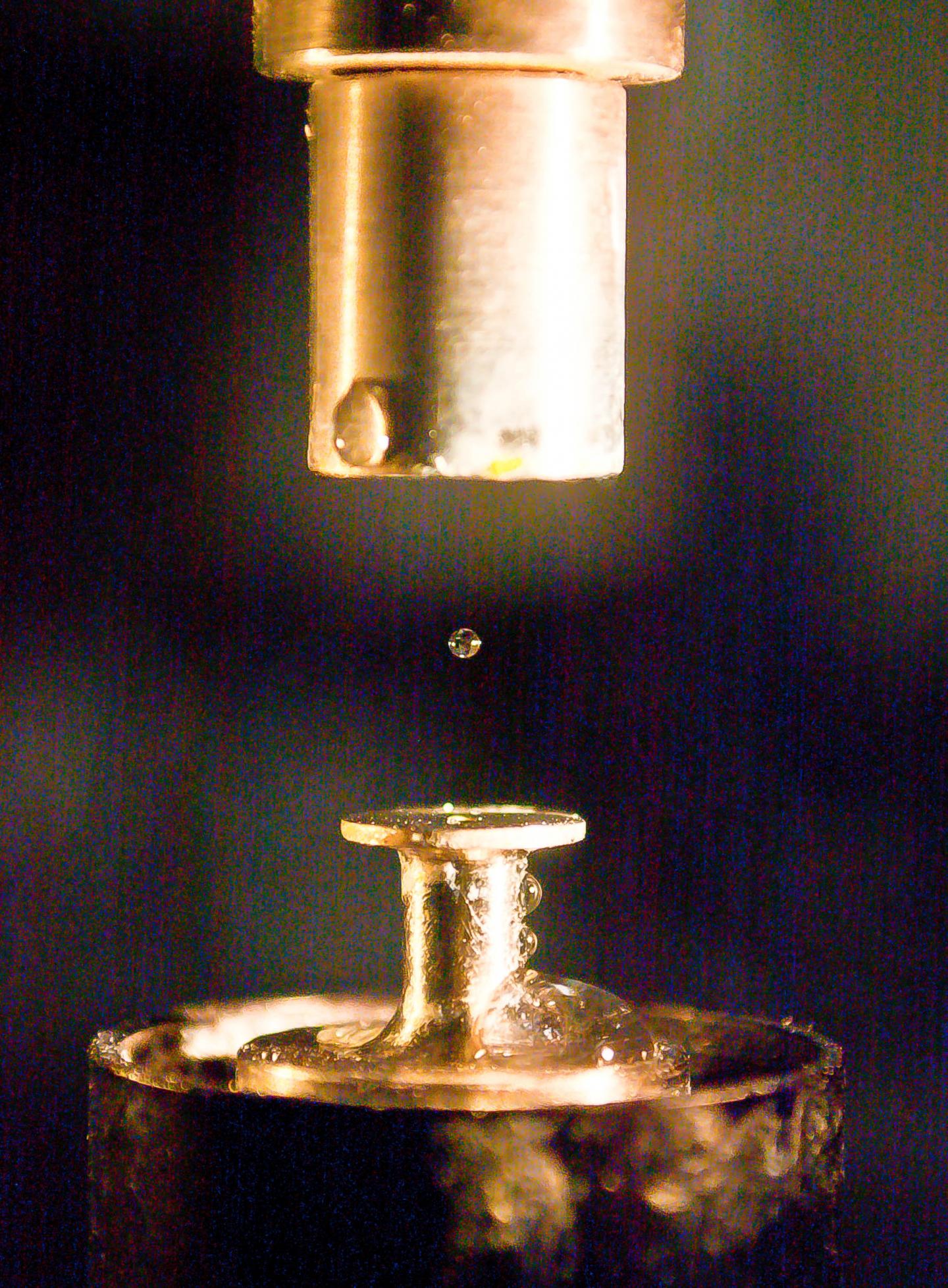 Respiratory droplets from a cough or sneeze travel farther and last longer in humid, cold climates than in hot, dry ones, according to a study on droplet physics by an international team of engineers. The researchers incorporated this understanding of the impact of environmental factors on droplet spread into a new mathematical model that can be used to predict the early spread of respiratory viruses including COVID-19, and the role of respiratory droplets in that spread.

The team developed this new model to better understand the role that droplet clouds play in the spread of respiratory viruses. Their model is the first to be based on a fundamental approach taken to study chemical reactions called collision rate theory, which looks at the interaction and collision rates of a droplet cloud exhaled by an infected person with healthy people. Their work connects population-scale human interaction with their micro-scale droplet physics results on how far and fast droplets spread, and how long they last.

Their results were published June 30 in the journal Physics of Fluids.

"The basic fundamental form of a chemical reaction is two molecules are colliding. How frequently they're colliding will give you how fast the reaction progresses," said Abhishek Saha, a professor of mechanical engineering at the University of California San Diego, and one of the authors of the paper. "It's exactly the same here; how frequently healthy people are coming in contact with an infected droplet cloud can be a measure of how fast the disease can spread."

They found that, depending on weather conditions, some respiratory droplets travel between eight feet and 13 feet away from their source before evaporating, without even accounting for wind. This means that without masks, six feet of social distance may not be enough to keep one person's exhalated particles from reaching someone else.

"Droplet physics are significantly dependent on weather," said Saha. "If you're in a colder, humid climate, droplets from a sneeze or cough are going to last longer and spread farther than if you're in a hot dry climate, where they'll get evaporated faster. We incorporated these parameters into our model of infection spread; they aren't included in existing models as far as we can tell."

The researchers hope that their more detailed model for rate of infection spread and droplet spread will help inform public health policies at a more local level, and can be used in the future to better understand the role of environmental factors in virus spread.

They found that at 35°C (95F) and 40 percent relative humidity, a droplet can travel about eight feet. However, at 5°C (41F) and 80 percent humidity, a droplet can travel up to 12 feet. The team also found that droplets in the range of 14-48 microns possess higher risk as they take longer to evaporate and travel greater distances. Smaller droplets, on the other hand, evaporate within a fraction of a second, while droplets larger than 100 microns quickly settle to the ground due to weight.

This is further evidence of the importance of wearing masks, which would trap particles in this critical range.

Experimental setup showing the acoustic levitation of a droplet illuminated by a cold LED source. A diffuser plate is used for uniform imaging of the droplet. A CCD camera fitted with the zoom lens assembly is used for illumination. The schematic is not to scale.
Swetaprovo Chaudhuri, Saptarshi Basu, Prasenjit Kabi, Vishnu R. Unni, and Abhishek Saha

The team of engineers from the UC San Diego Jacobs School of Engineering, University of Toronto and Indian Institute of Science are all experts in the aerodynamics and physics of droplets for applications including propulsion systems, combustion or thermal sprays. They turned their attention and expertise to droplets released when people sneeze, cough, or talk when it became clear that COVID-19 is spread through these respiratory droplets. They applied existing models for chemical reactions and physics principles to droplets of a salt water solution—saliva is high in sodium chloride—which they studied in an ultrasonic levitator to determine the size, spread, and lifespan of these particles in various environmental conditions.

Many current pandemic models use fitting parameters to be able to apply the data to an entire population. The new model aims to change that.

"Our model is completely based on "first principles" by connecting physical laws that are well understood, so there is next to no fitting involved," said Swetaprovo Chaudhuri, professor at University of Toronto and a co-author. "Of course, we make idealized assumptions, and there are variabilities in some parameters, but as we improve each of the submodels with specific experiments and including the present best practices in epidemiology, maybe a first principles pandemic model with high predictive capability could be possible."

There are limitations to this new model, but the team is already working to increase the model's versatility.

"Our next step is to relax a few simplifications and to generalize the model by including different modes of transmission," said Saptarshi Basu, professor at the Indian Institute of Science and a co-author. "A set of experiments are also underway to investigate the respiratory droplets that settle on commonly touched surfaces."