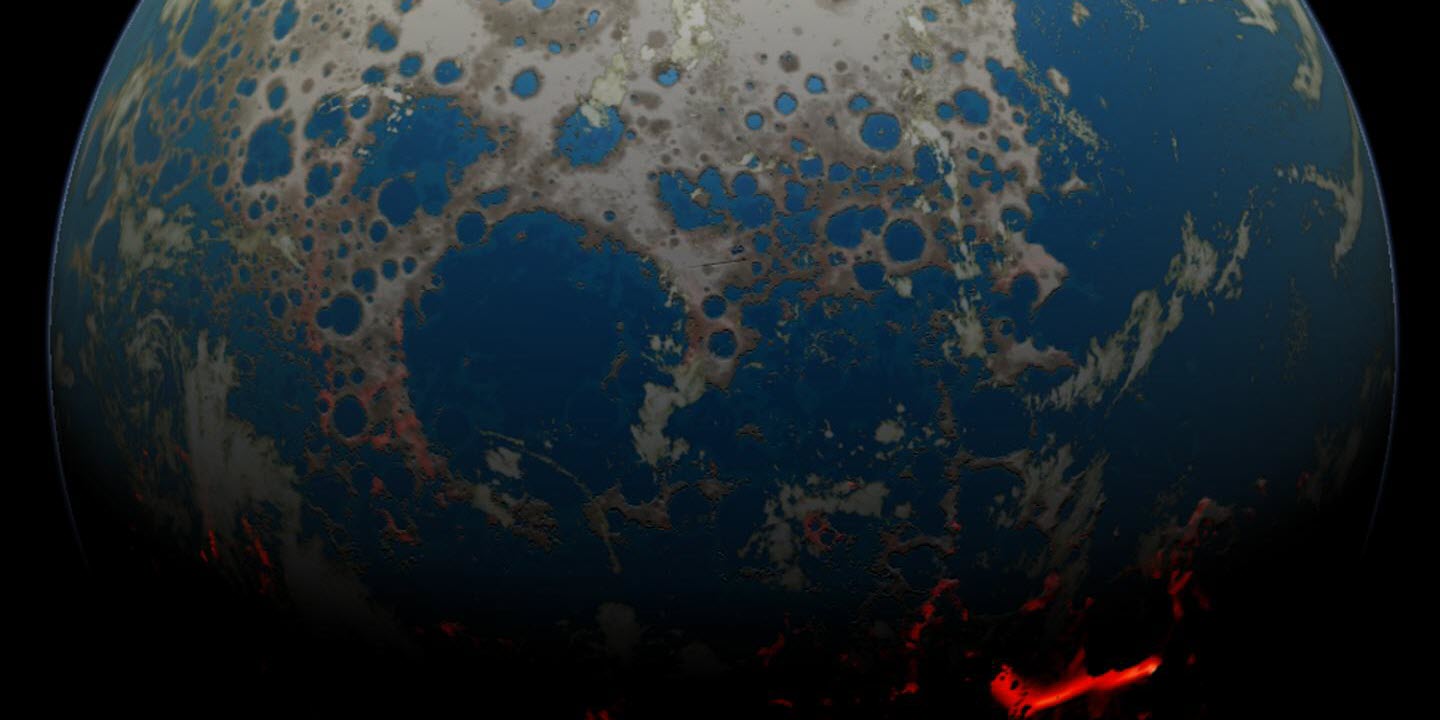 An artist's conception of the early Earth, showing a surface bombarded by large impacts that result in the extrusion of magma onto the surface. At the same time, distal portions of the planet's surface may have retained liquid water.
Simone Marchi/SwRI

MUNICH, GERMANY — The first emergence and persistence of continental crust on Earth during the Archaean (4 billion to 2.5 billion years ago) has important implications for plate tectonics, ocean chemistry, and biological evolution, and it happened about half a billion years earlier than previously thought, according to new research being presented at the European Geosciences Union (EGU) General Assembly 2021.

Once land becomes established through dynamic processes like plate tectonics, it begins to weather and add crucial minerals and nutrients to the ocean. A record of these nutrients is preserved in the ancient rock record. Previous research used strontium isotopes in marine carbonates, but these rocks are usually scarce or altered in rocks older than 3 billion years.

Now, researchers are presenting a new approach to trace the first emergence of old rocks using a different mineral: "barite."

Barite forms from a combination of sulfate coming from ocean water mixing with barium from hydrothermal vents. Barite holds a robust record of ocean chemistry within its structure, useful for reconstructing ancient environments. 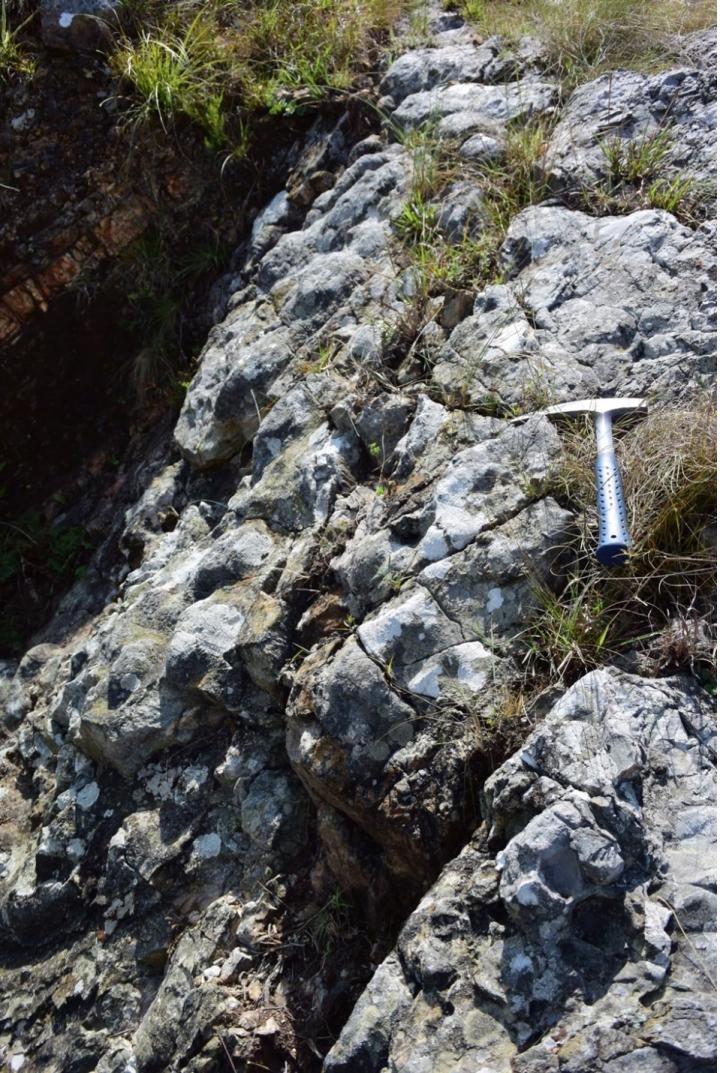 An outcrop of bedded 3.23-billion- to 3.26-billion-year-old barite in greenstone (the Mapepe Formation in the Barberton Greenstone Belt) in South Africa. The rock has barite domes within the formation that were analyzed by the team.
Desiree Roerdink

"The composition of the piece of barite we pick up in the field now that has been on Earth for three and a half billion years, is exactly the same as it was when it when it actually precipitated," says Desiree Roerdink, a geochemist at University of Bergen, Norway, and team leader of the new research. "So in essence, it is really a great recorder to look at processes on the early Earth."

Roerdink and her team tested six different deposits on three different continents, ranging from about 3.2 billion to 3.5 billion years old. They calculated the ratio of strontium isotopes in the barite, and from there, inferred the time where the weathered continental rock made its way to the ocean and incorporated itself into the barite. Based on the data captured in the barite, they found that weathering started about 3.7 billion years ago—about 500 million years earlier than previously thought.

"That is a huge time period," Roerdink says. "It essentially has implications for the way that we think about how life evolved." She added that scientists usually think about life starting in deep sea, hydrothermal settings, but the biosphere is complex. "We don't really know if it is possible that life could have developed at the same time on land," she noted, adding "but then that land has to be there."

Lastly, the emergence of land says something about plate tectonics and the early emergence of a geodynamic Earth. "To get land, you need processes operating to form that continental crust, and form a crust that is chemically different from the oceanic crust," Roerdink says.

- This press release was originally published on the EGU website. It has been edited for style