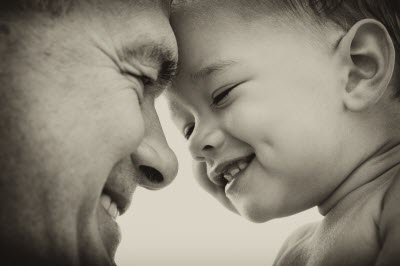 Until now, conventional wisdom in the field has been that the mechanisms that enable us to respond efficiently to fear operate in a similar way in young people and adults.Image credit: Thinkstock via the University of Haifa“Childhood is a period when the brain and the prefrontal cortex are still developing. Accordingly, there is no reason that the mechanism of action in adults and young people should be the same,” emphasizes Prof. Mouna Maroun, the head of the Sagol Department of Neurobiology who conducted the study.

During exposure to a stress experience, two cerebral mechanisms enable us to respond efficiently to fear, on the one hand, but also to return to normality once the event ends. During the event, a mechanism located in the amygdale effectively tells us that we are in a frightening situation and must act (fight, escape, freeze on the spot, etc.). After the event, a fear extinction process begins in the prefrontal cortex and effectively returns the body to its routine state. When the latter mechanism fails to function properly, we delay the fear extinction mechanism and continue to experience reactions of fear, leading to symptoms of anxiety and post-trauma.

Until now, conventional wisdom in the field has been that these mechanisms operate in a similar way in young people and adults. However, Professor Maroun explains that she instinctively felt that this assumption was problematic. “It all began when I was knocked my head while I was in a swimming pool – a mild form of trauma, but enough to persuade me not to go back into a swimming pool for a long time. But children who were in the pool and who knocked themselves much more badly than I did didn’t think twice about jumping straight back into the water. When I saw this, I realized that this was something I needed to examine in the laboratory.”

In the current study, undertaken by Professor Maroun and research student Rachel Schayek, the investigators sought to examine whether the cerebral mechanisms described above function in a similar way in young and adult rats. Professor Maroun explains that in terms of exposure to trauma and fear extinction, rats are a very close model for human behavior. Since exposure to stress after the learning of fear associations is known to delay fear extinction among adults – and therefore, according to conventional wisdom, also among children – the investigators also included this factor in the equation.

In the study, young (postweanling) and adult rats were exposed to a mild traumatic event. Some of them were then placed on an elevated platform, creating exposure to stress, while the control groups were not exposed to stress.

After this behavioral examination, the investigators also examine physiological changes to the brain and found a similar pattern. Prefrontal cortex plasticity – the strength of the connection between the synapses which correlates with the success of extinction – in the area responsible for fear extinction was extremely high among the young rats exposed to stress. Among the adult rats exposed to stress, by contrast, the plasticity level was extremely low, showing damage to plasticity by comparison to the control group, thus further confirming the behavioral observations on enhanced extinction.

According to Professor Maroun, however, the differences were even more significant. In the final stage of the study, the investigators sought to examine the impact of the NMDA receptor. This receptor controls the changes in prefrontal cortex plasticity and responsible on successful acquisition of extinction. It is known that blockage of this receptor in adult rats during exposure to stress helps restore fear extinction to the level in the control group. The current study also found that a receptor blocker increased plasticity and accelerated fear extinction in adult rats exposed to stress. However, the drug that blocked the receptor had no impact at all on the young rats – neither in terms of plasticity nor behavior. “This implies that it’s wrong to claim that the mechanism in adults and young people is identical, and simply operates a little differently. The mechanism is actually completely different. We can therefore state that we are familiar with the fear extinction among adults, but that we still need to work out how the brain works to extinguish fear in young people. The immediate significance of this finding is that we really cannot continue treating child trauma victims with the same methods and drugs we use to treat adult victims,” Professor Maroun concluded.