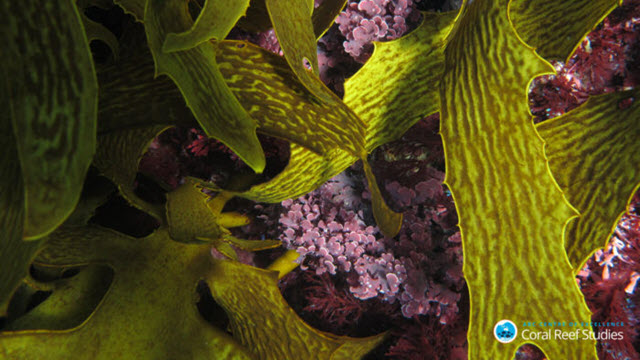 A new study published this week in Nature Climate Change finds coral reefs are under threat from ocean acidification.

The study was led by researchers from the ARC Centre of Excellence for Coral Reef Studies (Coral CoE). Their results suggest some corals and coralline algae—the 'glue' that holds reefs together—cannot survive the expected more acidic oceans caused by climate change.

Co-author Malcolm McCulloch, from Coral CoE at the University of Western Australia, said the researchers examined the calcifying fluid of four species of coral and two types of coralline algae under a year-long simulation.

"The effects on the calcifying fluid were rapid and persisted for the whole year," McCulloch said.

Co-author Dr. Chris Cornwall, now at the Victoria University of Wellington in New Zealand, explained coralline algae cements reefs together by acting as a foundation species and breeding ground for many species from the poles to the tropics.

"Declines in coralline algae could lead to the loss of important marine species that use the algae as a nursery," he explained.

"The results also confirm that ocean acidification could have repercussions on the competition between species. This can affect the ecological function of reefs," Dr. Comeau added.

"This indicates they already had an in-built mechanism that made them resistant," he explained, "whereas sensitive corals were affected from the start and were not actually able to acclimate."

The study suggests the composition and function of future reefs—if they can survive climate change—will be very different to what we see today.

How to Identify Heat-Stressed Corals

How to Identify Heat-Stressed Corals