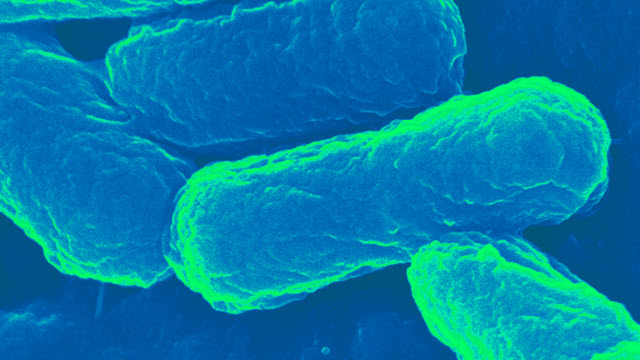 Researchers have developed an E. coli-based transport capsule, the downloadable image above, designed to help next-generation vaccines do a more efficient and effective job than today’s immunizations.Image Credit: University at Buffalo

BUFFALO, N.Y. — Most people recoil at the thought of ingesting E. coli. But what if the headline-grabbing bacteria could be used to fight disease?

Researchers experimenting with harmless strains of E. coli—yes, the majority of E. coli are safe and important to healthy human digestion—are working toward that goal. They have developed an E. coli-based transport capsule designed to help next-generation vaccines do a more efficient and effective job than today’s immunizations.

The research, described in a study published July 1 in the journal Science Advances, highlights the capsule’s success in fighting pneumococcal disease, an infection that can result in pneumonia, sepsis, ear infections, and meningitis.

Blaine A. Pfeifer, associate professor in UAB's Department of Chemical and Biological Engineering.Photo courtesy of the University at Buffalo“It’s a bit counterintuitive given what you hear about E. coli, but there are many strains of the bacteria, most of which are perfectly normal in the body, that have great potential to fight disease,” said Blaine A. Pfeifer, PhD, associate professor of chemical and biological engineering in the University at Buffalo School of Engineering and Applied Sciences.

Pfeifer is the study’s co-lead author along with his former student Charles H. Jones, PhD, who is leading efforts to commercialize the biotechnology as CEO and founder of Buffalo, New York-based startup Abcombi Biosciences.

The core of the transport capsule the team developed is harmless E. coli. Around the bacteria, the researchers wrapped a synthetic polymer — called poly (beta amino ester) — that resembles a chain link fence. The positive-charged polymer, combined with the negative-charged bacteria cell wall, create a sort of hybrid capsule.

To test the capsule, the researchers then inserted a protein-based vaccine, also being commercialized by Abcombi, designed to fight pneumococcal disease. The results, when tested in mice, were impressive.

It’s also relatively inexpensive to create and flexible in terms of use. For example, the capsule could be used as a delivery device for therapies that target cancer, viral-based infectious disease, and other illnesses. 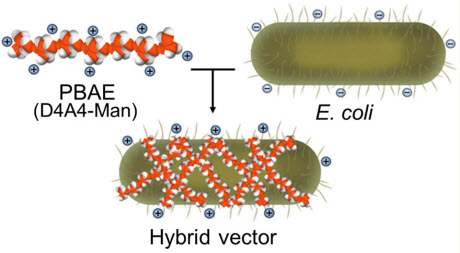 Other additional authors include Andrew Hill of Abcombi Biosciences, and Anders Hakansson, formerly of UB but now with Lund University in Sweden.

The research was supported by grants from the National Institutes of Health and the Arthur A. Schomburg Fellowship Program at UB.