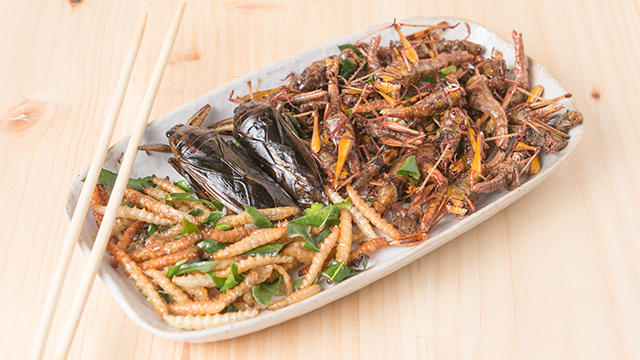 Adelaide consumers are taking part in a University of Adelaide research study to help realize the potential for edible insects as a food industry.

Researchers will put consumer attitudes to the test at Adelaide Central Market on June 8th and 9th with an offering of roasted crickets and ants, mealworm cookies, and cricket energy bars.

“We want to further investigate consumers’ attitudes towards edible insects, evaluate taste preferences and consumers’ willingness to buy such products,” says postdoctoral fellow Dr. Anna Crump, who’s working on the project with project leader associate professor Kerry Wilkinson and other researchers from the School of Agriculture, Food and Wine and the School of Humanities at the University of Adelaide.

“We will also be asking consumers questions relating to food neophobia—reluctance to eat novel or new foods. We’ll be interested to see if a consumer’s ethnicity influences their acceptance of edible insects.”

In a preliminary online survey of 820 Australian consumers, the researchers found that 20 percent had tried edible insects. Of those surveyed, 46 percent said they would be willing to try a cookie made from insect flour.

“In the earlier survey, consumers said they were most likely to try flavoured or roasted insects and least likely to want to try cockroaches or spiders,” Dr Crump says.

“In this taste test, we’ve chosen products that consumers are most likely to react positively towards—apologies to anyone keen to try a cockroach or spider. The samples we’ll be offering consumers provide a good spread of the available insect products in Australia’s marketplace, some of which may be more acceptable than others.”

Dr. Crump says the research will help guide the development of an edible insect industry.

“In Australia, edible insects remain an emerging agricultural industry. Consumer research is needed to improve consumer acceptance of edible insects, so as to realize their potential as an alternate protein source,” she says.

“We hope to be able to pinpoint target markets for edible insects and ways of encouraging their uptake by consumers as an alternative protein source.

“As such, this research will help to identify strategies for realizing the potential of edible insects, not only in the domestic market, but also as a high-value product for the export market.”

“These food security issues will only be overcome by a shift in food consumption habits, particularly when we are talking about meat consumption. Edible insects could provide one solution. We want to look at ways of overcoming barriers to insect consumption in Australia.”