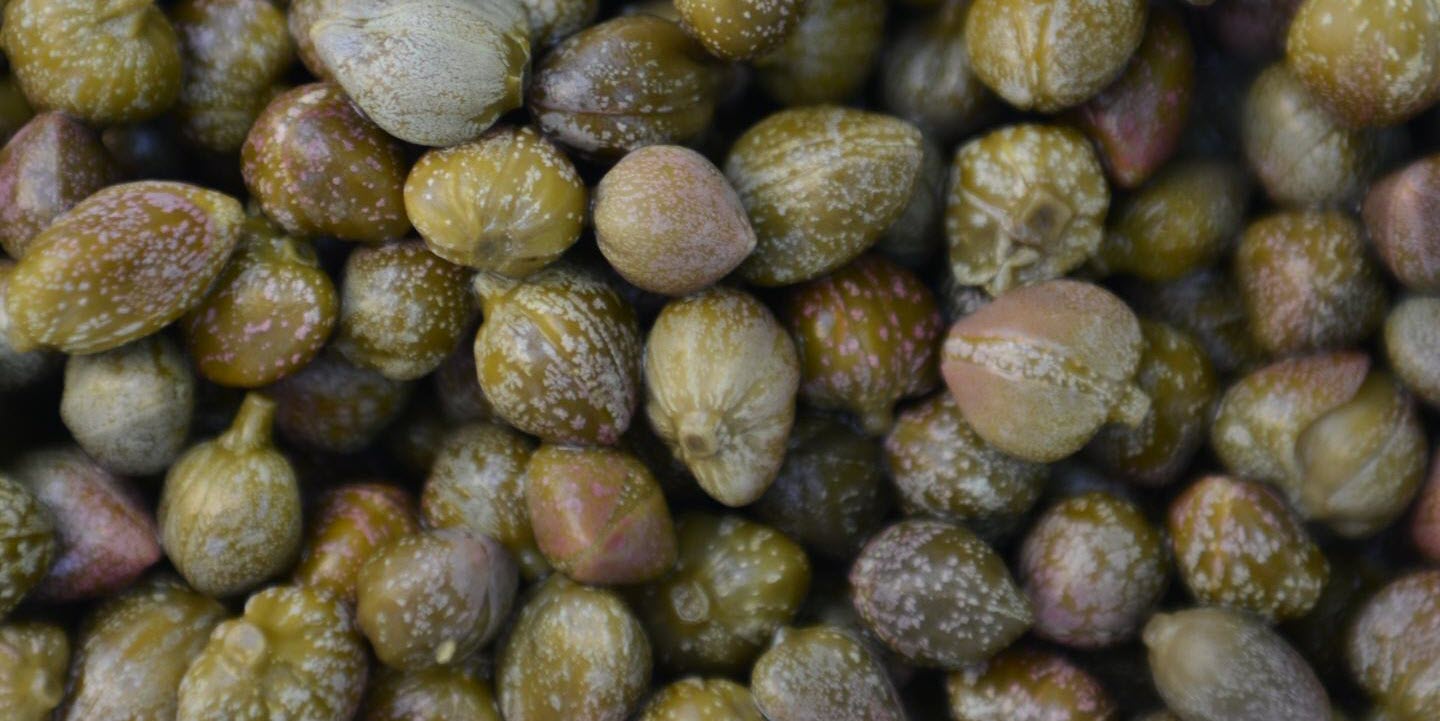 IRVINE, CA — July 13, 2020 — A compound commonly found in pickled capers has been shown to activate proteins required for normal human brain and heart activity, and may even lead to future therapies for the treatment of epilepsy and abnormal heart rhythms.

Researchers from the University of California, Irvine School of Medicine have discovered that a compound named quercetin, commonly consumed when eating capers, can directly regulate proteins required for bodily processes such as the heartbeat, thought, muscular contraction, and normal functioning of the thyroid, pancreas and gastrointestinal tract.

Published in Communications Biology, the discovery was made by the laboratory of Geoffrey Abbott, PhD, a professor in the Department of Physiology and Biophysics at the University of California, Irvine School of Medicine. Kaitlyn Redford, a graduate student in the Abbott Lab, was first author of the study titled, "The ubiquitous flavonoid quercetin is an atypical KCNQ potassium channel activator."

The Abbott Lab found that quercetin, a plant-derived bioflavonoid, modulates potassium ion channels in the KCNQ gene family. These channels are highly influential in human health and their dysfunction is linked to several common human diseases, including diabetes, cardiac arrhythmia, and epilepsy.

The study revealed that quercetin modulates the KCNQ channels by directly regulating how they sense electrical activity in the cell, suggesting a previously unexpected mechanism for the therapeutic properties of capers. The mechanism may extend to other quercetin-rich foods in our diet, and quercetin-based nutritional supplements.

"Now that we understand how quercetin controls KCNQ channels," said Abbott, "future medicinal chemistry studies can be pursued to create and optimize quercetin-related small molecules for potential use as therapeutic drugs."

The Abbott Lab screened plant extracts for the ability to alter activity of KCNQ channels and found that one percent extract of pickled capers activated channels important for normal human brain and heart activity. Further studies revealed the molecular mechanism—quercetin from the caper extract binds to a region of the KCNQ channel required for responding to electrical activity, and in doing so, tricks the channel into opening when it would normally be closed.

"Increasing the activity of KCNQ channels in different parts of the body is potentially highly beneficial," said Abbott. "Synthetic drugs that do this have been used to treat epilepsy and show promise in preventing abnormal heart rhythms."

Archaeological evidence for human caper consumption dates back as far as 10,000 years, according to archaeological findings from Mesolithic soil deposits in Syria and late Stone Age cave dwellings in the Greece and Israel. Capers have traditional been used as folk medicine for hundreds if not thousands of years and are in current use or study for their potential as anti-cancer, anti-diabetic, and anti-inflammatory properties, and their possible circulatory and gastrointestinal benefits.