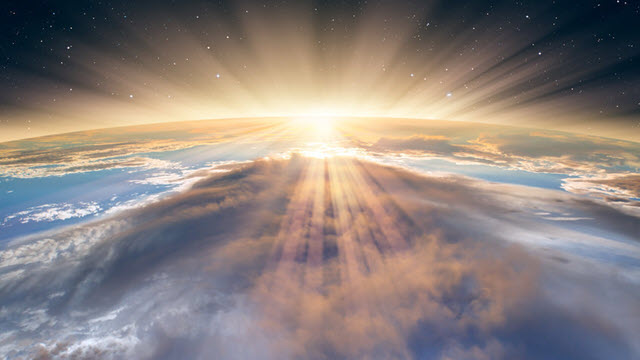 Several billion years ago, as the recently formed planet Earth cooled down from a long and brutal period of heavy meteor bombardment, pools of primordial muck began to swirl with the chemical precursors to life.

Today, scientists are devising chemical reactions that mimic early Earth not only to learn about how life developed, but also to unlock new capabilities for modern medicine.

"If you can get chemistries that encode information, then maybe you can design new drugs," says John Yin, a professor of chemical and biological engineering at the University of Wisconsin-Madison.

In a paper published recently in the journal Origins of Life and Evolution of Biospheres, Yin and colleagues described initial steps toward achieving chemistries that encode information in a variety of conditions that might mimic the environment of prehistoric Earth.

"I view this as systems chemistry," says Yin. "How do we take store-bought chemicals and combine them in such a way that they display emergent properties like the ability to store information or copy themselves?"

The compounds the researchers combined were molecules called amino acids, which are the molecular building blocks for the proteins that perform much of the structural and chemical work inside living cells. There are 20 different amino acids that combine to form the essential proteins for life, but Yin and colleagues focused on just two: alanine and glycine, which are among the simplest examples of these molecules.

Also in the mix was an energy molecule called triphosphate, believed to be available on early earth.

The researchers "cooked" together the mixture over a range of different temperatures and variously acidic conditions. In mixtures without the energy molecule, amino acids only joined together under the most hot and harsh conditions. When triphosphate was present, however, short chains of alanine and glycine formed at more moderate temperatures.

"Triphosphate facilitates reactions in conditions where most life is found to occur," says Yin.

Intriguingly, the alanine and glycine did not combine at random. Instead, the amino acids linked up into chains with specific sequences, depending on temperature and pH.

"What we have shown is that you are a product of your environment," says Yin.

Key to the study was the ability to determine the composition of different amino acid chains with sophisticated analytical chemistry. For the molecular characterizations, Yin collaborated with Lingjun Li, a UW-Madison professor of pharmacy and chemistry.

"People have been cooking amino acids since 1940 or so," says Yin. "But now we can identify what's actually in there."

What they identified hints at the first glimmers of information storage that arose so many billions of years ago.

The scientists speculate that, with increased "cooking" time, even greater complexity might appear. Their reactions only proceeded for 24 hours—a mere blink of an eye compared to the history of the planet. Additionally, the scientists plan to add a greater variety of molecules into the mixture.

Eventually, they hope to create mixtures where complicated molecules spontaneously come together from simpler components and create self-driving chemical reactions that interact and feed off of each other.

Those reactions could contain the keys to creating new drugs or synthesizing existing compounds more efficiently.

"We'll figure out how to close the loop," says Yin.