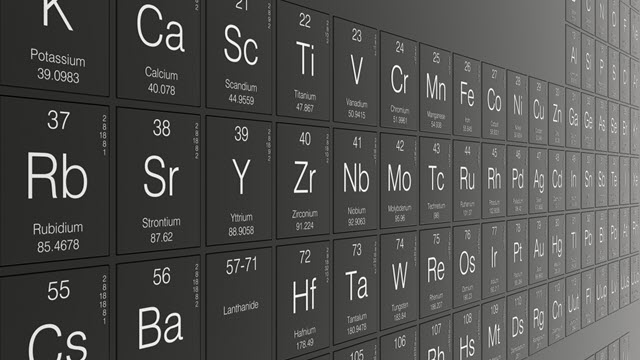 Imagine a waterproof computer. It’s not going to happen tomorrow, but it may no longer be a pipedream since a McGill-led international research team has shown for the first time that it is possible to form strong, stable attractions between some of the heavier elements in the periodic table. A recent article in Nature Communications provides the first experimental and theoretical proof that heavy, large atoms of an increasingly metallic nature—such as arsenic or even antimony—can be used to create new materials called cocrystals by using halogen bonds. Because hydrogen is not involved in creating the bond between these elements, these new materials should be resistant to water and humidity.

Creating cocrystals from deep in the periodic table

Much of recent research in chemistry has focused on creating new materials by manipulating the way that molecules recognize one another and come together to build more complex, self-organized structures. For example, cocrystals based on either hydrogen or halogen bonds have been extensively used by scientists in the design and manufacture of new improved pharmaceuticals, polymers with enhanced properties such as Kevlar, and more recently, materials for use in electronics. Until recently, such interactions invariably had to include at least one atom of a 'lighter' element found at the very top of the periodic table, such as hydrogen, nitrogen, oxygen, fluorine, etc.

“Quite apart from the potentially practical applications of this discovery, it is a big advance in fundamental chemistry,” says McGill chemistry professor Tomislav Frišcic, one of the senior authors on the paper. “For the first time researchers have demonstrated molecular recognition events including only heavier elements located in the 4th and 5th periods. This is significantly deeper in the periodic table than has been seen until now. It is a very exciting time to be a chemist—it’s as though we were explorers moving closer to the South Pole of the periodic table—and who knows what we will find there.”

The research grew out of a collaboration between scientists from Canada, Croatia and the UK who continue to work in the area. Their next goal is to include bismuth, the heaviest element that can be considered stable, in this type of material design.

According to Frišcic, that would really be going to the very tip of the South Pole.