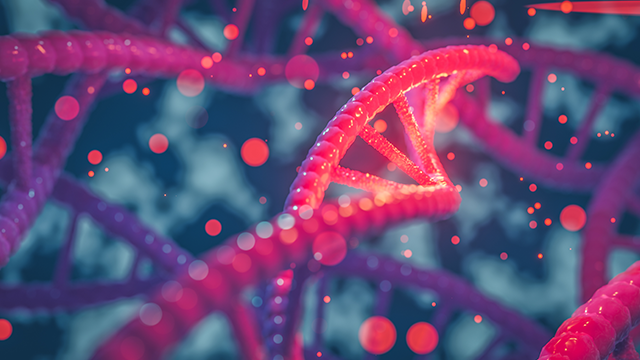 Even though CRISPR technologies allow for better manipulation of genomes with many positive effects on modern drug development and the discovery of new and better antibiotics, significant problems such as genome instability and toxicity of the Cas9-protein still remain when using the technology.

But in a new study published in PNAS, scientists present a new addition to the promising CRISPR toolkit called CRISPR-BEST. This tool operates with an efficient method to create mutations in actinomycetes without requiring a DNA double-stranded break.

Thus, the CRISPR-BEST system addresses a major challenge for genetic engineering of actinomycete bacteria since the introduction of double-stranded breaks often creates genetic instability that forces the bacteria to rearrange or even delete large parts of their chromosomes. This is a phenomenon you want to avoid when engineering cells to be able to produce bioactive compounds and new antibiotics.

"CRISPR-BEST solves some of the main problems related to current CRISPR technologies. This could be a big step in the direction of better exploiting the potential of biotechnologies such as metabolic engineering and synthetic biology that relies on genetic manipulation and gene editing," says Yaojun Tong, researcher at the Novo Nordisk Foundation Center for Biosustainability, DTU Biosustain.

The best of both worlds

The idea to develop CRISPR-BEST came after the researchers wanted to use a conventional CRISPR method to inactivate one specific gene in order to produce new variants of the antibiotic kirromycin. But instead of inactivating only the desired gene they lost big parts of the chromosome in these experiments—in total more than 1.3 million base pairs. Thus, they started to search for methods to get the sharp efficiency by CRISPR, but at the same time avoiding the cleavage of the chromosome, which likely caused the big deletions.

They see CRISPR-BEST as a successful attempt to combine the advantages of two worlds.

"We maintain the efficiency of CRISPR, which allows us to very easily target genes of interest. But on the other hand, we now can use very mild conditions to introduce the mutations which will introduce much less stress to the cells and thus avoid the genetic instability of our antibiotics producing bacteria," says Tilmann Weber, professor and co-principal investigator at the Novo Nordisk Foundation Center for Biosustainability, DTU Biosustain.

CRISPR-BEST is a big first step in the right direction, but the scientists are currently looking on how to further improve the editing efficiency and increase the number of genome edits that can be done simultaneously. These developments could come hand-in-hand with using robotics that can process large amounts of samples paving the way for doing genome edits in higher numbers in the future.

"For systematic metabolic engineering of actinobacteria, which are among the best producers of antibiotics and other bioactive compounds, only a few genetic tools exist that have the required throughput and scalability for systems metabolic engineering approaches—so just the fact that we now have a new toolkit is already an advantage," says Tong.