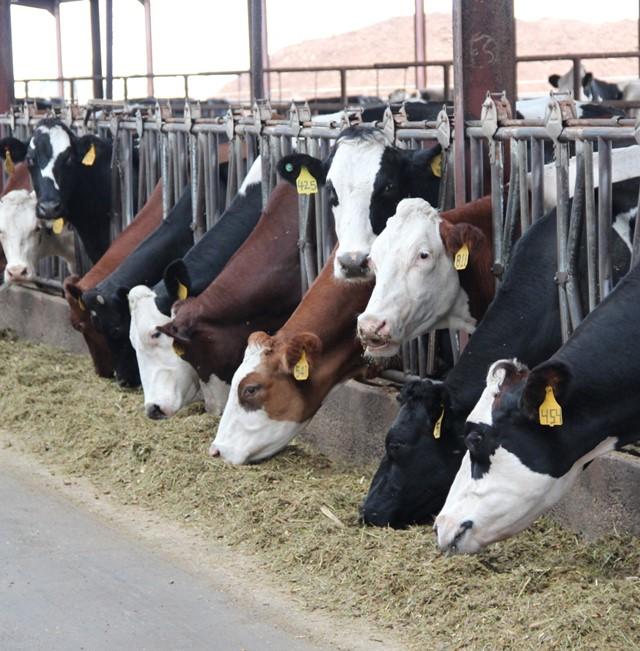 This study establishes the Viking Red and Montbéliarde breeds as highly complementary for crossbreeding with Holsteins and well suited for milk production in high-performance dairy herds.
A.R. Hazel, B.J. Heins, and L.B. Hansen

PHILADELPHIA, PA — August 24, 2020 — Since 1960, Holstein dairy cows have exhibited a substantial decline in fertility, with serious economic consequences for farmers. Genetic selection programs in the United States and elsewhere have emphasized milk production at the expense of other traits. Attention has turned to improving these neglected traits for better overall well-being of cows and to ameliorate dairy producers' profitability. In a recent article appearing in the Journal of Dairy Science, scientists from the University of Minnesota examined the effects of crossbreeding on fertility and milk production across three generations in a large sample of Holstein and crossbred cows.

Although in recent years Holstein breeding programs have made strides toward remedying the problem of diminished fertility, crossbreeding is often seen as a possible means to achieve greater and more rapid gains, while eliminating concerns about inbreeding.

"A larger response in phenotypic fertility will be experienced over a shorter period of time from crossbreeding than from selection within a pure Holstein population," explained lead author Amy Hazel, PhD, University of Minnesota, St. Paul, MN. Whether this is true, and whether crossbred cows can compete with Holsteins in a high-producing commercial dairy setting, were questions that the team investigated.

Purebred Holsteins were compared with cows from a three-breed rotation of Holstein with Viking Red and Montbéliarde in this 10-year study with initial enrollment of 3,550 Holstein cows from Minnesota commercial dairies. The team found that each combination of two- and three-breed crossbred cows demonstrated significant advantages over pure Holsteins for all fertility traits at each studied lactation. This confirmed expectations, but what about the possibility that milk production might be negatively affected by crossbreeding?

"Because of the global predominance of high-producing Holsteins, some dairy producers have been concerned that crossbred cows will have poorer milk production traits," observed Hazel. "But our study found little, if any, loss of fat and protein production for crossbred cows compared with their Holstein herdmates."

Additionally, a larger effect should be the longer herd life of crossbred cows compared with pure Holsteins. Although further research remains to be performed, this study establishes the Viking Red and Montbéliarde breeds as highly complementary for crossbreeding with Holsteins and well suited for milk production in high-performance dairy herds.