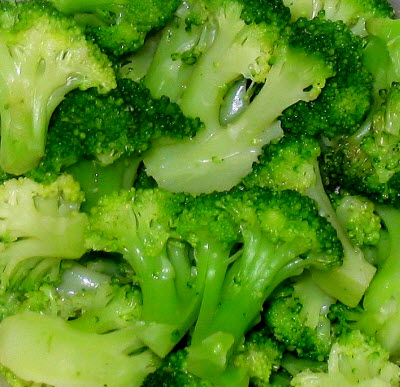 The researchers asked about 750 main food preparers their perceptions of specific vegetables and what would lead them to eat more vegetables. The results were published in the journal Public Health Nutrition.

They found that people who already liked vegetables such as broccoli, asparagus and Brussels sprouts were also more willing to try new recipes, use more diverse cooking methods and add more vegetables to their diets. However, this group makes up only 11 per cent of those surveyed. The vast majority of respondents were less willing to change.

The survey found significant differences in these groups’ perception of vegetables. Brauer said most people value convenience and believed the darker vegetables would take longer to prepare. They also perceived these vegetables as more expensive and less tasty.

“Frozen vegetable users are entirely focused on convenience. They are very busy and don’t want to spend much time cooking vegetables,” said Brauer.

“For them, we need to provide recipes and show them how easy cooking these vegetables can be. Looking at specific vegetables instead of thinking of them as a homogeneous group is new, and will hopefully lead to better strategies for increasing consumption.”

Consumers in all groups agreed that vegetables provide important health benefits. But that wasn’t enough to counter perceptions about taste, convenience and cost.

“For average users, we may have to provide samples in supermarkets so that they can find out for themselves how tasty these vegetables can be,” said Yi.

In 2013, the researchers attempted to alter consumers’ perceptions by providing samples of zesty curried cauliflower in a supermarket, along with recipe cards.

“We saw some interest from consumers, but this was only a small intervention. To have more of an impact, we would need to spend more time in grocery stores, and maybe move the samples from the fresh vegetable section to the frozen vegetable aisle to see if it has an impact,” Yi said.

The study was funded by the Ontario Ministry of Agriculture, Food and Rural Affairs – University of Guelph Partnership Agreement.

How to Reduce Acrylamide Consumption in Home Cooking

How to Reduce Acrylamide Consumption in Home Cooking