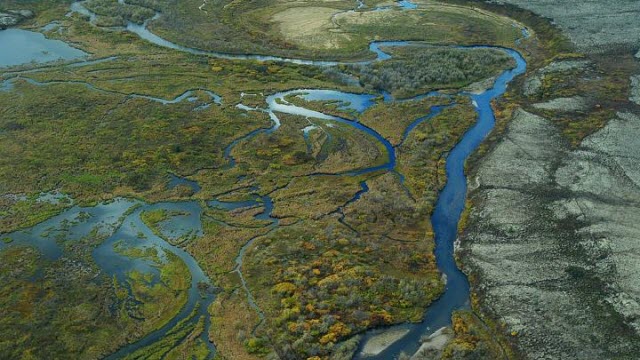 Wetland benefit values were excluded from the Trump Administration's decision to rescind the 2015 Waters of the US rule.Photo credit: United States Environmental Protection Agency

New evidence suggests that the Trump Administration's proposal to rescind the 2015 Waters of the United States (WOTUS) rule that would limit the scope of the Clean Water Act inappropriately overlooks wetlands-related values.

In a 2017 government-issued analysis, benefits to rescind the rule were found to be greater than costs, results that conflict with a similar analysis made in 2015 under the Obama Administration. The 2017 analysis left wetlands-related values unquantified, according to economists who evaluated both administrations' analyses.

The differences between the two analyses led to an almost 90 percent drop in quantified benefits from the 2015 to the 2017 analysis.

"Excluding wetlands values from the analysis presents an incomplete picture of total WOTUS benefits," said Kevin Boyle, a professor in Virginia Tech's Department of Agricultural and Applied Economics who reviewed both analyses.

Boyle's findings were published with economists Matthew Kotchen, of Yale University, and Kerry Smith, of Arizona State University, in the October issue of Science. On Oct. 11, the Supreme Court will hold a hearing that will decide selected issues related to the WOTUS.

"We conducted a thorough review of the differences between the 2015 and the 2017 analyses, as well as of existing knowledge on wetlands benefits," said Boyle. "And it appeared that either relevant data were ignored or that full and careful consideration of cost-benefit analysis best practices were not followed in assessing wetlands values and public attitudes about water-quality protection."

Findings revealed that the Environmental Protection Agency and the Army Corps of Engineers, the same agencies that conducted the Obama Administration analysis, excluded all wetlands values in 2017 although these agencies valued wetlands benefits at up to $500 million per year in 2015.

The economists question the decision to treat wetlands values as unquantified because the reasons provided for the exclusion are inconsistent with cost-benefit analysis best practices. Government agencies claimed that existing data on wetlands values were obsolete, but failed to provide the required documentation to prove so.

The 2017 analysis itself contained inconsistencies as wetlands valuation studies were considered too old for inclusion while point source pollution studies published during the same time frame were not treated as too old and were included in the analysis.

Economists also uncovered a failure to consider available data on public attitudes regarding water-quality protection that supports the credibility of the wetlands benefits in the 2015 analysis.

The economists identified 10 recent studies that could be examined for wetlands value estimates. Additionally, they cited evidence showing that U.S. public opinion on environmental protection remains strong and has not changed over the past three decades.

"More than unearthing deficiencies in the 2017 analysis, our evaluation signals a need for improved protocols in developing valuation measures, as well as government-research-community partnerships to support timely and credible environmental policy analyses," said Boyle.