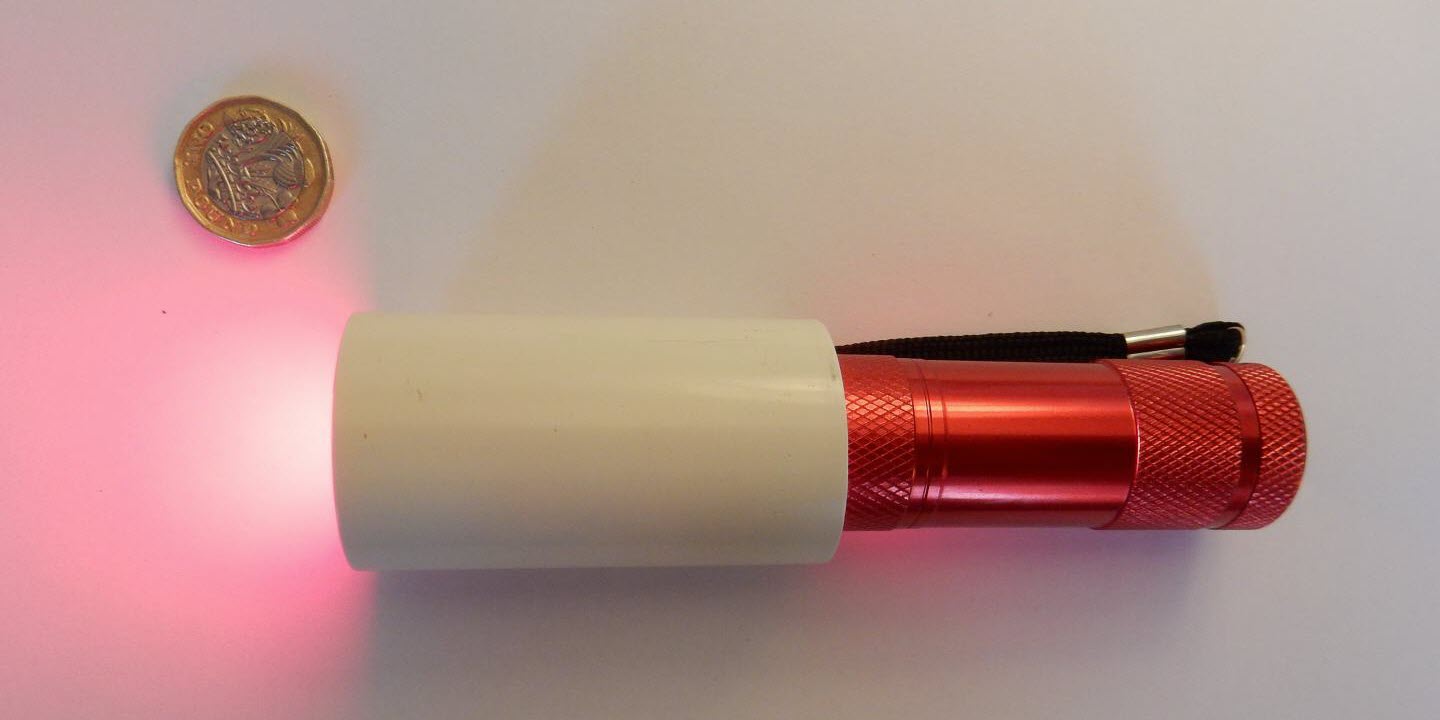 An example of handheld LED torch used in study.
UCL

Staring at a deep red light for three minutes a day can significantly improve declining eyesight, finds a new University College London (UCL)-led study, the first of its kind in humans.

Scientists believe the discovery, published in the Journals of Gerontology, could signal the dawn of new affordable home-based eye therapies, helping the millions of people globally with naturally declining vision.

In the UK there are currently around 12 million people aged over 65: in 50 years this will increase to around 20 million and all will have some degree of visual decline because of retinal ageing.

"As you age your visual system declines significantly, particularly once over 40," said lead author and professor Glen Jeffery  of UCL's Institute of Ophthalmology. "Your retinal sensitivity and your color vision are both gradually undermined, and with an aging population, this is an increasingly important issue.

To try to stem or reverse this decline, we sought to reboot the retina's ageing cells with short bursts of longwave light."

In humans around 40 years old, cells in the eye's retina begin to age, and the pace of this ageing is caused, in part, when the cell's mitochondria, whose role is to produce energy (known as ATP) and boost cell function, also start to decline.

Mitochondrial density is greatest in the retina's photoreceptor cells, which have high energy demands. As a result, the retina ages faster than other organs, with a 70 percent ATP reduction over life, causing a significant decline in photoreceptor function as they lack the energy to perform their normal role.

Researchers built on their previous findings in mice, bumblebees, and fruit flies, which all found significant improvements in the function of the retina's photoreceptors when their eyes were exposed to 670 nanometer (long wavelength) deep red light.

The retina's photoreceptor population is formed of cones that mediate color vision and rods, providing peripheral vision and adapting vision in low/dim light.

For the study, 24 people (12 male, 12 female), aged between 28 and 72, who had no ocular disease, were recruited. All participants' eyes were tested for the sensitivity of their rods and cones at the start of the study. Rod sensitivity was measured in dark adapted eyes (with pupils dilated) by asking participants to detect dim light signals in the dark, and cone function was tested by subjects identifying colored letters that had very low contrast and appeared increasingly blurred, a process called color contrast.

All participants were then given a small LED torch to take home and were asked to look into its deep red 670nm light beam for three minutes a day for two weeks. They were then re-tested for their rod and cone sensitivity

Researchers found the 670nm light had no impact in younger individuals, but in those around 40 years and over, significant improvements were obtained.

Cone color contrast sensitivity (the ability to detect colors) improved by up to 20 percent in some people aged around 40 and over. Improvements were more significant in the blue part of the color spectrum that is more vulnerable in aging.

Rod sensitivity (the ability to see in low light) also improved significantly in those aged around 40 and over, though less than color contrast.

"Our study shows that it is possible to significantly improve vision that has declined in aged individuals using simple brief exposures to light wavelengths that recharge the energy system that has declined in the retina cells, rather like re-charging a battery," Jeffery said. "The technology is simple and very safe, using a deep red light of a specific wavelength, that is absorbed by mitochondria in the retina that supply energy for cellular function. Our devices cost about £12 to make, so the technology is highly accessible to members of the public."

- This press release was originally published on the UCL news website