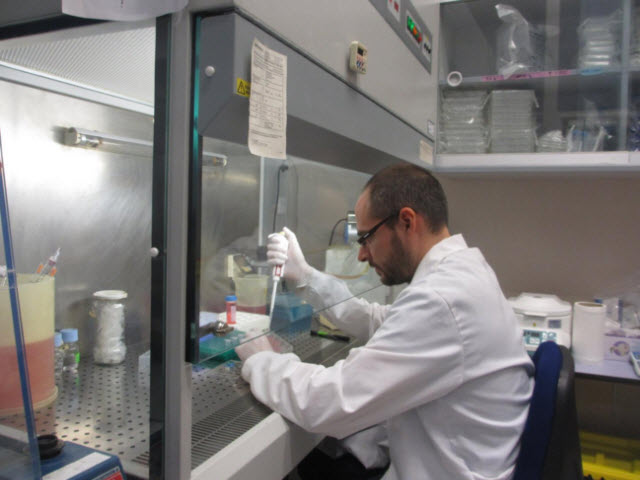 The constant emergence of viral outbreaks has become a permanent threat to human health. Last year, Zika virus infected thousands of people in the Americas. It is also associated to several cases of neurological disorders and has raised worldwide public health alerts. Now due to the urgency, researchers are detailing the characteristics of the virus to find solutions.

The study completed by a group of researchers from the Department of Biotechnology of the Instituto Nacional de Investigación y Tecnología Agraria y Alimentaria in Madrid, was published in the open-access journal Frontiers in Microbiology. It reveals the challenges humanity could face because of the increasingly frequent and devastating viral outbreaks.

"Zika is spread by mosquitoes Aedes Ae. Aegypti, and Ae. Albopictus. They are considered the most invasive species in the world due to their adaptability to different climates. This has facilitated the rapid spread of the virus to five continents during the last 30 to 40 years. The virus was first detected in 1947 in Nigeria, but because it had a low affect on people´s health, not much was done until the recent huge outbreaks in the Americas," explains researcher Juan Carlos Saiz.

We already know mosquitoes can infect humans, but new evidence suggests that transmission also can occur from human to human through blood transfusions, sexual contact, intrauterine and by breastfeeding. The virus has also been detected in saliva samples.

Identifying a person infected is not an easy task. Symptoms like fever, headache, rash, arthralgia or conjunctivitis are similar to those caused by other viruses and are often misdiagnosed. Signs usually disappear after 3 to 7 days, but the most troubling is that around 80 percent of cases do not present any symptoms.

Nevertheless, when disease does develop there is preliminary evidence associating the virus with Guillain-Barre syndrome (GBS), an autoimmune disease causing paralysis and even death in adults. And if the virus is presence in the amniotic fluid, ZIKV can cause microcephaly in newborns babies.

"The links between microcephaly, GBS and ZIKV still need to be conclusively confirmed. Thus, efforts to solve it are being already done by the scientific community and by health authorities. At this moment there are no specific antiviral agents or vaccine for ZIKV. Treatment is generally directed to symptom relief with analgesics and anti-pyretics, and it seems it will take time until any drugs or vaccines against ZIKV will be commercially available," says Saiz.

In the meantime, preventive and control actions against ZIKV are the same as for others mosquito-borne infections. People exposed to the virus are suggested to take precautionary sexual measures, even including abstinence if the partner is pregnant, as well as avoiding blood donations.

As the current ZIKV pandemic continues, many important questions are still unanswered with many scientific journals such as Frontiers promoting the rapid sharing of research by waiving publishing fees. But what is disturbing to researchers is that conditions such as urban overcrowding, constant international travel, disruption of the ecologic balance and climate changes may promote the unexpected emergence of additional sleeping, or yet unknown, infectious agents.

"We should expect that other viruses, especially arbovirus, will colonize new geographical regions, and thus represent a serious risk for human and animal health. Therefore, their study should be promoted, that way humanity can be prepared to face them in better conditions," concludes Saiz.