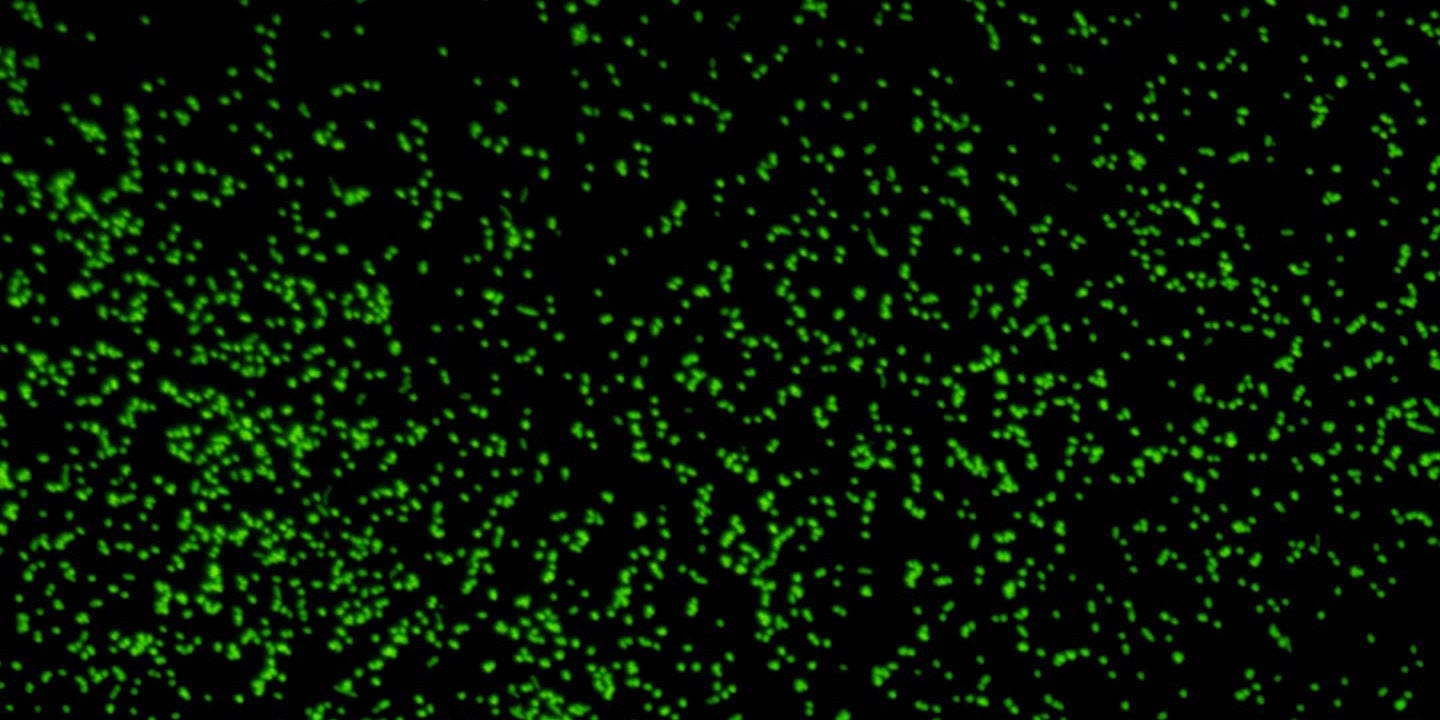 KINGSTON, RI — July 28, 2020 — For decades, scientists have gathered ancient sediment samples from below the seafloor to better understand past climates, plate tectonics, and the deep marine ecosystem. In a new study published in Nature Communications, researchers reveal that given the right food in the right laboratory conditions, microbes collected from sediment as old as 100 million years can revive and multiply, even after being dormant since large dinosaurs prowled the planet.

The research team behind the new study, from the Japan Agency for Marine-Earth Science and Technology (JAMSTEC), the University of Rhode Island (URI) Graduate School of Oceanography, the National Institute of Advanced Industrial Science and Technology, the Kochi University, and Marine Works Japan, gathered the ancient sediment samples ten years ago during an expedition to the South Pacific Gyre, the part of the ocean with the lowest productivity and fewest nutrients available to fuel the marine food web.

"Our main question was whether life could exist in such a nutrient-limited environment or if this was a lifeless zone," said the paper's lead author Yuki Morono, senior scientist at JAMSTEC. "And we wanted to know how long the microbes could sustain their life in a near-absence of food."

On the seafloor, there are layers of sediment consisting of marine snow (organic debris continually sourced from the sea surface), dust, and particles carried by the wind and ocean currents. Small life forms such as microbes become trapped in this sediment.

Aboard the research drillship JOIDES Resolution, the team drilled numerous sediment cores 100 meters below the seafloor and nearly 6,000 meters below the ocean's surface. The scientists found that oxygen was present in all of the cores, suggesting that if sediment accumulates slowly on the seafloor at a rate of no more than a meter or two every million years, oxygen will penetrate all the way from the seafloor to the basement. Such conditions make it possible for aerobic microorganisms—those that require oxygen to live—to survive for geological time scales of millions of years. 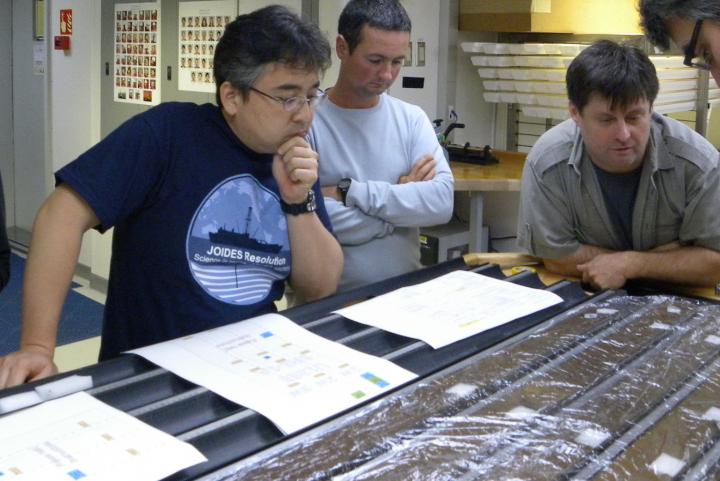 With fine-tuned laboratory procedures, the scientists, led by Morono, incubated the samples to coax their microbes to grow. The results demonstrated that rather than being fossilized remains of life, the microbes in the sediment had survived, and were capable of growing and dividing.

"We knew that there was life in deep sediment near the continents where there's a lot of buried organic matter," said URI Graduate School of Oceanography professor and co-author of the study Steven D'Hondt. "But what we found was that life extends in the deep ocean from the seafloor all the way to the underlying rocky basement."

Morono was initially taken aback by the results. "At first I was skeptical, but we found that up to 99.1 percent of the microbes in sediment deposited 101.5 million years ago were still alive and were ready to eat," he said.

With the newly developed ability to grow, manipulate, and characterize ancient microorganisms, the research team is looking forward to applying a similar approach to other questions about the geological past. According to Morono, life for microbes in the subseafloor is very slow compared to life above it, and so the evolutionary speed of these microbes will be slower. "We want to understand how or if these ancient microbes evolved," he said. "This study shows that the subseafloor is an excellent location to explore the limits of life on Earth."

Before looking ahead to future research, D'Hondt took time to reflect on Morono's achievement. "What's most exciting about this study is that it shows that there are no limits to life in the old sediment of the world's ocean," said D'Hondt. "In the oldest sediment we've drilled, with the least amount of food, there are still living organisms, and they can wake up, grow, and multiply."

This study was supported by the Japan Society for the Promotion of Science (JSPS), the Funding Program for Next Generation World-Leading Researchers, and the US National Science Foundation. This study was conducted using core samples collected during Expedition 329, "South Pacific Gyre Subseafloor Life," of the Integrated Ocean Drilling Program.

- This press release was originally published on URI Today