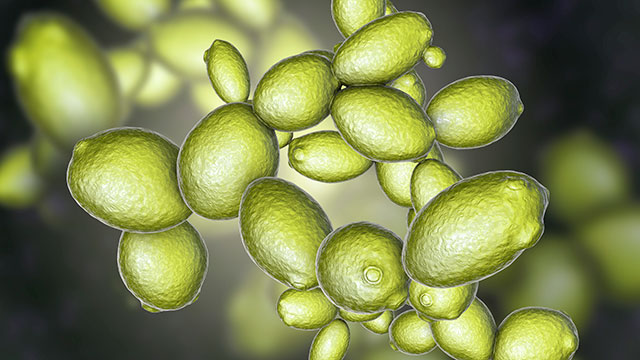 Newswise — MADISON, WI. — Thousands of years ago, as humans tamed wild animals and plants into livestock and crops, their penchant for intoxication also led them to unwittingly domesticate a hidden workhorse of civilization: yeast.

Today, Saccharomyces cerevisiae is the bedrock of food cultures around the world. The yeast turns flour into bread and sugary drinks into beer and wine. But recent research has revealed that S. cerevisiae does not always act alone. Scientists have found that lager, the most popular beer style, is produced by a hybrid of S. cerevisiae and its wilder cousin S. eubayanus. The hybrid found its way into German breweries hundreds of years ago and kick-started an industry worth hundreds of billions of dollars.

Now, in the deepest look yet at the diversity of these yeasts, scientists from the University of Wisconsin-Madison reveal the dizzying complexity found in bottles of beer, wine, and cider. By sequencing the genomes of more than 100 hybrid yeasts, the researchers discovered seven distinct combinations of yeast species, many of them tied to unique fermented beverages. Some yeasts were hybrids of as many as four species.

The research team also uncovered the genetic basis of some of the most defining traits of fermenting yeasts. Crisp, clean-tasting lagers are fermented by yeasts that can survive the cold temperatures of lager fermentation and that lost the genes that make funky aromas. The clove-like flavors of other styles of beer depend on precisely those genes with which lager strains dispensed.

The new trove of genomic data will allow researchers to further investigate the many subtle traits that contribute to these diverse drinks. And by producing new hybrids in the lab, scientists could develop novel features in fermented beverages.

Chris Todd Hittinger, a professor of genetics at UW-Madison, led the study along with graduate student Quinn Langdon. The Hittinger lab collaborated with researchers in Spain, France, Portugal, and Argentina to complete the work, published Oct. 21 in Nature Ecology and Evolution.

Researchers and brewers have become increasingly aware of the hybrid nature of many brewing yeasts over the last few decades, but the true scope of diversity has been hard to pin down. Hittinger’s lab pushed the field forward in 2011 by first isolating the wild S. eubayanus that, hybridized with domestic yeast, is essential for producing lager beer.

For the current study, Hittinger and Langdon analyzed scores of previously published yeast genomes and sequenced new strains, some of which they procured from homebrewing stores selling varieties that can produce the world’s classic beer styles. Other yeasts were isolated in the wild or directly from fermented beverages, including wine and cider.

Most hybrids had just two parent species, but some had three or even four parents. The current study doubled the number of known triple- and quadruple-hybrids. Some hybrids were preferentially found in cold-fermented wine and Belgian style beers, while others came from champagne and cider. Most were isolated from lager beers.

A key distinction between lager-brewing yeasts and others is the production of pungent aromas, produced by chemicals called phenols. These flavors can resemble spice or clove and are desirable in some beers, and the researchers found the responsible genes intact in many non-lager strains. Lagers lack these aromas, giving them a recognizably crisp flavor profile.

Related Article: Researchers Identify the Yeast Genes behind Rose and Honeyed Flavors in Beer and Wine

Investigating the two primary lager lineages—both hybrids of S. cerevisiae and S. eubayanus—the researchers verified that they lacked functional genes for these key phenols. But the team found that the two lineages, Saaz and Frohberg, lost the genes in different ways. While Frohberg yeasts retain a broken version of a key gene, Saaz yeasts have lost both essential genes entirely.

“The yeasts are getting to the same end point that gives them a nice crisp flavor, but the specific molecular mechanisms of how they got there differ. That's a signal that it's a very important domestication trait,” says Hittinger.

The researchers found that all of the S. cerevisiae parents stemmed from three major, previously domesticated lineages responsible for brewing ale or wine. The hybrids developed when these domesticated strains met up with their wild cousins, all of which came from the Northern Hemisphere. While the domesticated yeasts were already adapted for successful fermentation—such as in their ability to completely digest common sugars—the wild partners offered their own contributions.

Most notably, the vast majority of the hybrids inherited their mitochondrial genome—a small snippet of DNA that drives energy generation in the cell—from their wild yeast parents, rather than from domesticated S. cerevisiae. Recent work out of the Hittinger lab has shown that the wild mitochondrial genomes permit yeasts to ferment at cold temperatures, like those favored for brewing lager.

“It's a right-place, right-time story that these wild populations were able to meet up with domesticated S. cerevisiae,” says Langdon. “Then the fermentation environment they found themselves in selected for important traits from each parent.”

One set of hybrids had no S. cerevisiae parent at all. These yeasts were combinations of the closely related species S. eubayanus and S. uvarum. They were isolated from the most diverse sources—strains were found in wine, cider, beer, fruit, and the environment. Often considered contaminants in breweries because of their production of pungent aromas, these wilder hybrids may also be key to producing the distinct flavors of certain beverage styles.

In all, the researchers found evidence that selection by brewers, winemakers, and cidermakers over millennia has harnessed the vast diversity of the Saccharomyces genus to develop the world’s unique styles of fermented beverages.

“We’ve learned more about how lager yeasts dispensed with undesirable aromas,” says Hittinger. “Now we're starting to think more about the genetic basis of the flavors that you want present in a beer.”