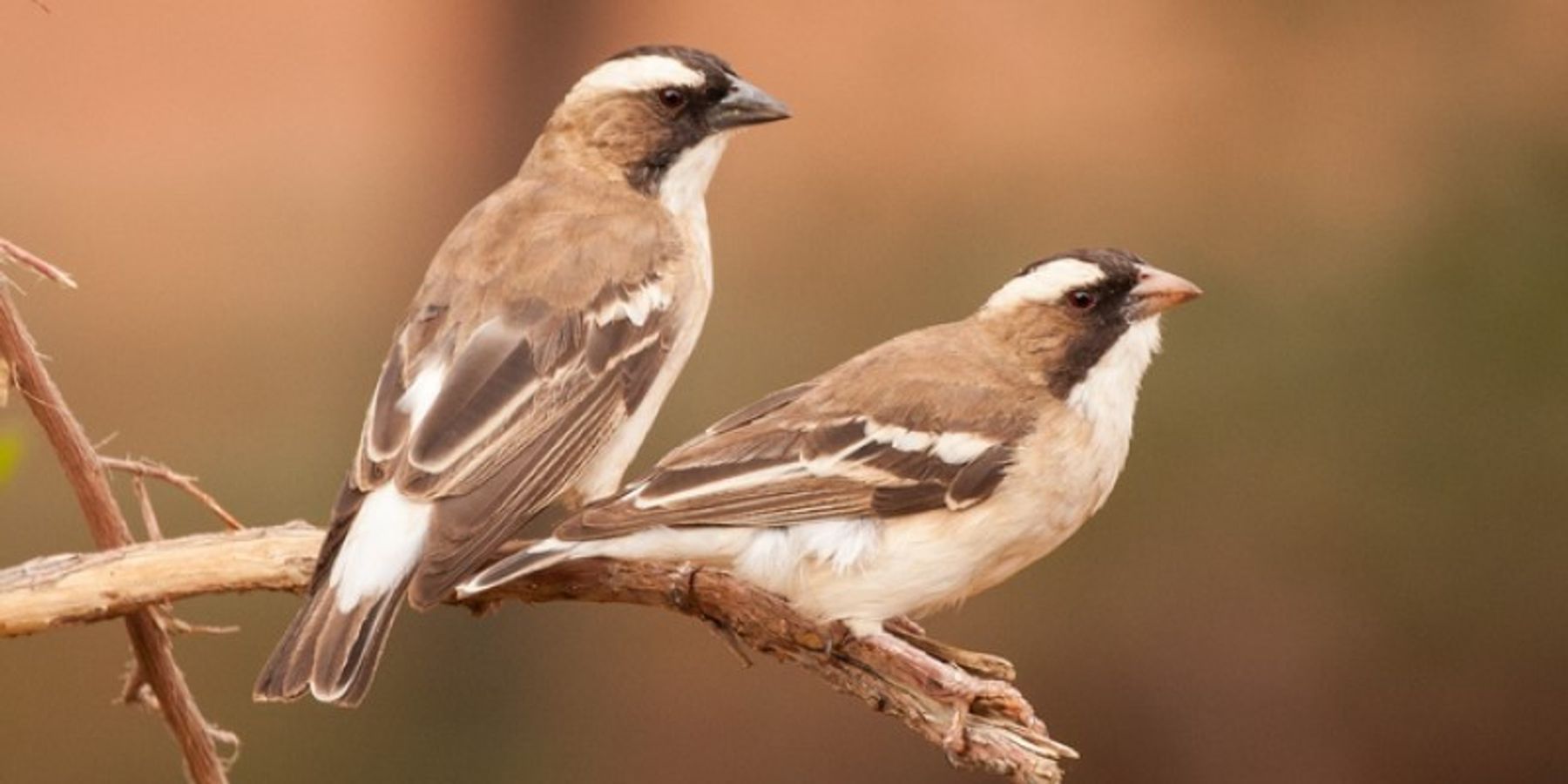 A new study from the Kalahari Desert finds that teamwork allows birds to cope with brutally unpredictable environments.

This landmark finding explains the long-standing mystery of why cooperation among birds is associated with unpredictable environments worldwide.

White-browed sparrow weavers live in the Kalahari Desert, where rainfall varies dramatically and food is scarce during dry spells.

The birds live in family groups, with a single breeding pair and up to 10 non-breeding "helpers" that assist with chick feeding.

Explaining the evolution of such seemingly selfless behavior has been a focus of evolutionary research for many years.

The new study, by a research team at the University of Exeter, shows that families with more helpers successfully raise more chicks in dry conditions.

Interestingly, these families are actually less successful in wet conditions than those with fewer helpers—meaning that cooperative helping does not improve overall breeding success, but instead reduces weather-driven variation in breeding success, which can be beneficial in other ways.

"We were really surprised—our findings suggest that the birds cooperate to cope with the unpredictability of their environment," said Dr. Andrew Young, of the Centre for Ecology and Conservation on Exeter's Penryn Campus in Cornwall.

"This is an exciting discovery, because other studies have found that cooperative behavior among birds is associated with unpredictable environments worldwide, especially those with variable rainfall.

"Our findings help to explain this enigmatic global pattern; cooperation may be at its most beneficial in unpredictable environments because it helps families to cope with such tricky conditions.

"To evolutionary biologists, our study is also exciting as it provides the strongest evidence to date for a novel strategy called ‘altruistic bet-hedging’, in which cooperation evolves because it allows organisms to cope with unpredictability."

Most animal species have evolved to pass on their genes by reproducing, but a process called "kin selection" leads some individuals that can’t breed themselves to help close relatives breed instead, thereby ensuring their family's genes are passed on.

In white-browed sparrow weaver families, helpers are usually the offspring of the breeding pair—so helping could improve the survival chances of their younger siblings.

"In this case, things are more complicated," said Dr. Pablo Capilla-Lasheras, now at the Institute of Biodiversity, Animal Health, and Comparative Medicine at the University of Glasgow.

"We show that in this species cooperation is probably not explained by classical evolutionary theory, because the presence of helpers does not increase the overall reproductive success of relatives. Instead, cooperation reduces reproductive variation, helping the birds cope with their unpredictable environment.

Bet-hedging strategies like this are all about reducing the risk of total failure when you can’t predict what is going to happen. Our findings suggest that cooperation may serve that purpose—it allows sparrow weaver families to enjoy some breeding success whatever rainfall conditions they experience."

The findings, based on 12 years of field work in the Kalahari, also give clues about how different bird species might adapt in the future.

Young explained: "Cooperatively breeding species—those that live in societies with helpers—may be better placed to cope with unpredictable environments, which we expect to become increasingly common under climate change."

"This observation allows us to be more confident that having more helpers—rather than simply living in bigger groups—is the cause of the effects we witnessed."

The study was carried out on Tswalu Kalahari Reserve in South Africa and was funded by the Biotechnology & Biological Sciences Research Council.

The paper, published in the journal Science Advances, is entitled: "Altruistic bet-hedging and the evolution of co-operation in a Kalahari bird."