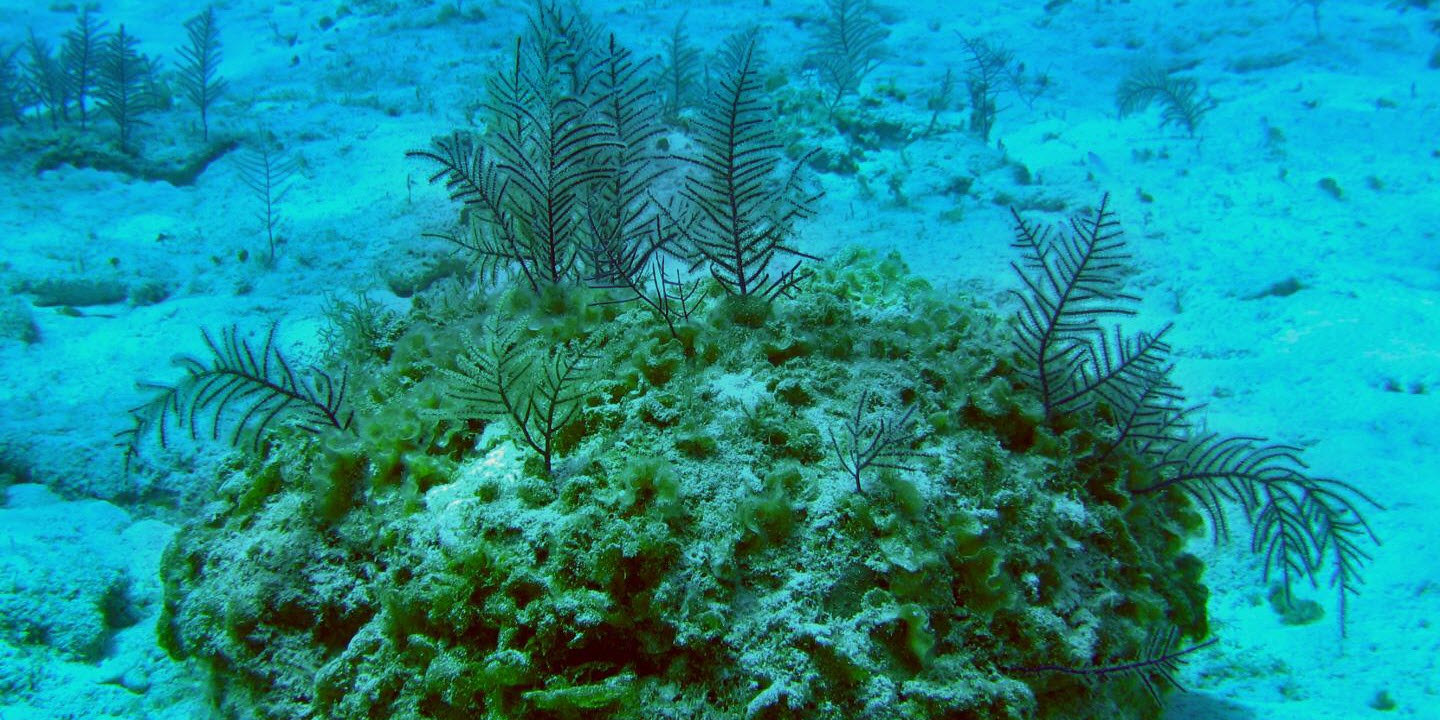 Horn corals of the species Antillogorgia elisabethae produce antibiotic natural substances. A research team at TUM has successfully produced one of these substances in the laboratory.
Thomas Brück / TUM

Thomas Brück saw the sea whip Antillogorgia elisabethae for the first time 17 years ago while diving on a research trip to the Bahamas. He still remembers this encounter vividly, which took place 18 meters below the water's surface: "Their polyp-covered, violet branchlets moved gently in the current. A fascinating living organism!" As it also contains various biologically active compounds, the biochemist since then has studied the natural product biosynthesis of this soft coral.

Sea whips are protected; despite this, their existence is in danger. The collection and sale of dried corals is a lucrative business, as these contain various active agents, including an anti-inflammatory molecule called pseudopterosin, which is used in the cosmetics industry for years.

"Coral reefs fix and store the greenhouse gas carbon dioxide and are biodiversity hotspots. If we want to protect the world's reefs, we have to generate such biologically active natural products, via sustainable processes," says Brück.

Natural antibiotic from the biotechnological laboratory

Together with his team at the Werner Siemens Chair of Synthetic Biotechnology, he has now managed for the first time to produce one of the sea whip's active agents in the laboratory—without the need for a single reef inhabitant. The molecule "erogorgiaene" is an antibiotic. Initial bioactivity tests show, that it is suitable for fighting multi-resistant tuberculosis pathogens.

Previously, a use of the active agent was almost unthinkable: The sea whip contains only extremely small quantities of erogorgiaene and is additionally protected—using it as a raw material source would be neither financially feasible nor ecologically responsible. Although production via conventional chemical synthesis is possible, it is complex and associated with toxic waste. A kilo of the active agent would cost around EUR 21,000 [about 24,900 USD]. 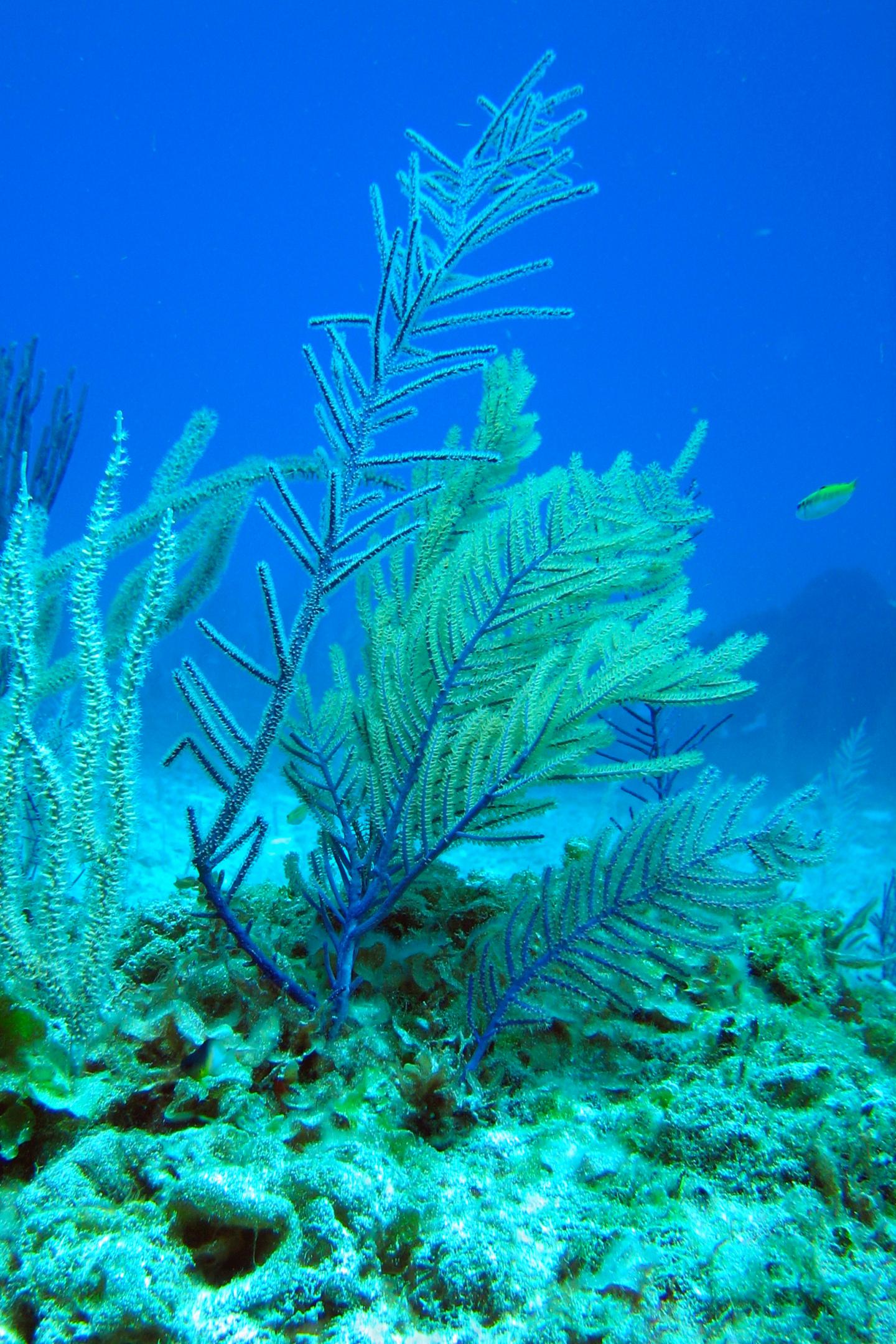 "However, with biotechnological methods, a consolidated erogorgiaene production is feasible, in a more environmentally friendly manner, and much cheaper. With this method, the production costs per kilo would only be around EUR 9,000 [about 10,600 USD]," emphasizes Brück.

The new method, which he has developed together with colleagues from Berlin, Canada, and Australia, consists of only two steps: The main work is done by genetically optimized bacteria that feed on glycerin—a residual substance from biodiesel production.

The bacteria generate a molecule, that can then be converted into the desired active agent using a highly selective enzymatic step. No waste is produced in the process, as all ancillary products can be reused in a circular manner. A patent has been filed for the innovative production method.

Bioactive product development along the lines of nature

"The new technology platform for the production of bioactive natural products via biotechnological methodologies complies with all 12 criteria of Green Chemistry," says Thomas Brück. "In addition, it fulfills four of the UN Sustainability Goals: a healthy life for all, combating climate change and its effects, preservation, and sustainable use of the oceans and maritime resources, and preservation of life on land."

The research team is now working on the biotechnological production of another coral active agent: Using nature as a model, the molecule erogorgiaene is to be converted into the active agent pseudopteropsin in the laboratory.

Medical professionals are placing great hope on the latter: Clinical studies have shown that pseudopteropsin inhibits inflammations thanks to a new mechanism of action. Thus, it is a potential therapeutic candidate to control excessive inflammatory reactions, for example in the case of viral infections, such as COVID-19, or during age-related chronic inflammations.

- This press release was originally published on the TUM website