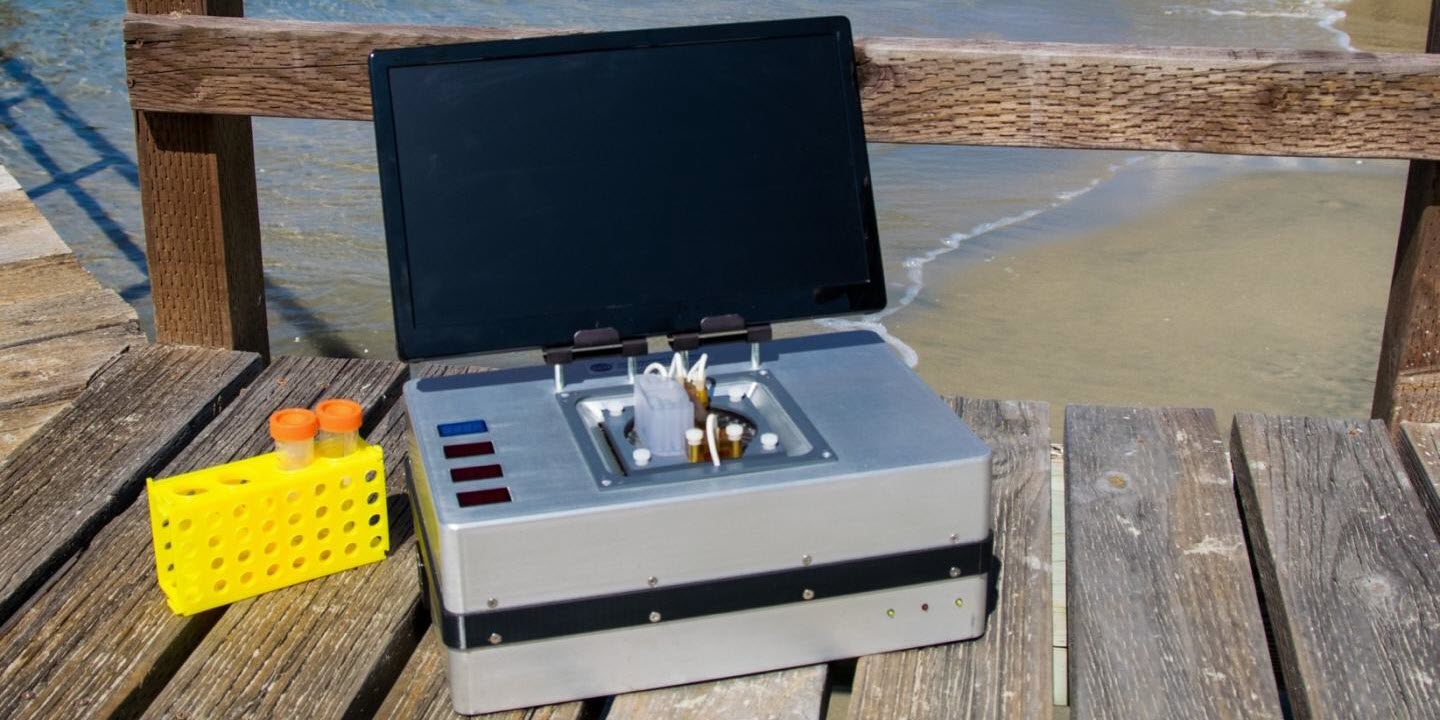 A fully automated microchip electrophoresis analyzer could someday be deployed in the search for life on other worlds.
Adapted from Analytical Chemistry 2020, DOI: 10.1021/acs.analchem.0c01628

Although Earth is uniquely situated in the solar system to support creatures that call it home, different forms of life could have once existed, or might still exist, on other planets. But finding traces of past or current lifeforms on other worlds is challenging. Now, researchers reporting in ACS' Analytical Chemistry have developed a fully automated microchip electrophoresis analyzer that, when incorporated into a planetary rover, could someday detect organic biosignatures in extraterrestrial soil.

One critical piece of evidence for life beyond Earth is the presence of certain organic molecules. Previous missions to Mars have relied on gas chromatography coupled to mass spectrometry (GC-MS) to separate and detect compounds. However, the technique has limitations for the analysis of some molecules, such as organic acids, especially when water, minerals, or salts are also in the sample. Microchip electrophoresis (ME)-based separations, followed by laser-induced fluorescence (LIF) detection, would be ideal, but current instruments are only partially automated, which wouldn't work for interplanetary missions. Peter Willis and colleagues wanted to develop a portable, battery-powered ME-LIF instrument that could accept a sample and perform labeling, separation, and detection of organic molecules, all in a fully automated fashion.

The researchers made a device that included two microchips—one for processing and labeling a liquid sample, and the other (the ME chip) for separating compounds—and an LIF detection system. After optimizing the device, the researchers put it to the test in a simulated Mars mission in a Chilean desert. The team coupled the analyzer to a portable subcritical water extractor on a remotely deployed rover system. The rover drilled into the soil to collect samples, which were delivered to the extractor. Then, water was added to the soil samples, and they were heated to extract compounds for analysis. The device detected parts per billion levels of amino acids in soil from three of four drilling locations. Importantly, the sensitivity was three orders of magnitude higher than that reported for GC-MS-based methods. Although more work is needed to ready the instrument for spaceflight and extraterrestrial conditions, this research lays the foundation for developing ME-LIF instruments for missions seeking signs of life beyond Earth, the researchers say.

The authors acknowledge funding from NASA.

The abstract that accompanies this paper can be viewed here.