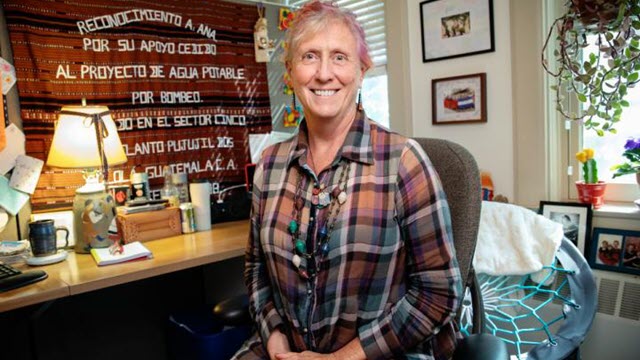 A new study from the University of Illinois at Urbana-Champaign uses comprehensive questionnaires and a computer algorithm to provide guidance to engineers working with cultures different from their own. Published in the Journal of Engineering, Design and Technology, it details techniques for incorporating the influences of local politics, economics, culture, education, and technology into engineering design for a community's infrastructure needs.

"There can be a tendency for engineers, myself included, to believe in a one-size-fits-all solution and that if we just find that silver bullet, everything will be better," said Ann-Perry Witmer, the study's author and an agricultural and biological engineering researcher. "I am learning that the real silver bullet is recognizing that there is no silver bullet."

As a former consulting engineer, Witmer said she is well versed in the nuances of working with clients from familiar places. However, things changed after she started volunteering her services to international communities in need.

"After volunteering in places like Guatemala, I came to realize that everything I knew no longer applied," Witmer said. "The people are different, their lifestyle, culture, language—everything."

The best, most technologically advanced infrastructure can fail if engineers ignore the character of a community, Witmer said.

"There are cases where village residents have destroyed infrastructure that foreign engineering firms have built because they don't fall in line with local values," Witmer said. "In one village, women broke a newly constructed well put in to prevent them from having to travel six hours round trip for water. What the engineers failed to realize is that the women valued the social benefits of that six-hour trip, and having that new well in place took that cherished time away from them."

To combat these types of missteps, Witmer developed a 41-item checklist of observations for engineers who travel internationally to work with communities in unfamiliar societies. The items focus on topics far beyond the physical measurements engineers are accustomed to and direct their attention to a variety of societal influences.

"Many engineers are puzzled as to why knowing something like the average age of a given community's residents is important," Witmer said. "However, they start to realize that even thinking about these factors significantly advances their understanding of a community."

The conditions addressed by the checklist fall into five categories of influence - politics, economics, culture, education and technology - and the diagnostic tool ranks the relative importance of each by evaluating the way engineers score the conditions. Witmer's computer algorithm assesses the checklist scores to assign a relative value to each influence, and then recommends design approaches that conform to a community's dominant influences.

"For example, if a village resident is wearing Indigenous clothing, that will score highly as a value related to culture," Witmer said. "But it may also be related to education or economic values, just less significantly, prompting a lower score. The algorithm weights portions of each of the influences and gives us an overall score. If we find that culture is highly valued within a given community, we had better make sure that whatever we build with them respects culture. Otherwise, whatever is built may be destroyed once we leave."

Witmer and others have worked with her new tool approximately 20 times in locations on four continents; she said users have found it to be remarkably effective in guiding engineers toward producing successful infrastructure designs. So much so, Engineers without Borders U.S.A is now offering this diagnostic tool to its participants. In the future, Witmer envisions this tool being helpful in shoring up some of the technological disparities between rural and urban areas in the U.S.