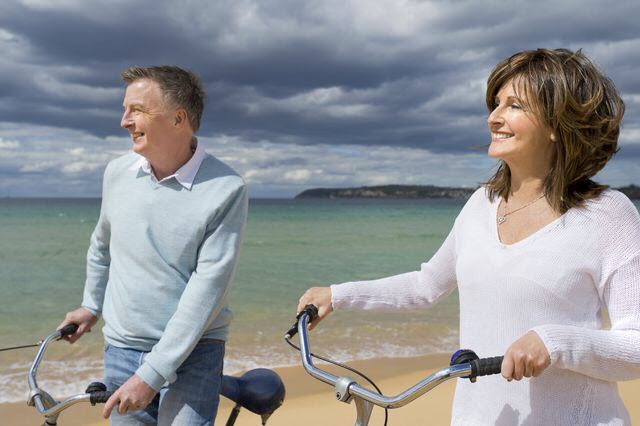 The research is the first to demonstrate how lifestyle factors directly influence abnormal proteins in people with subtle memory loss who have not yet been diagnosed with dementia.Photo credit: iStock.com/Courtney Keating

A study by researchers at UCLA’s Semel Institute for Neuroscience and Human Behavior has found that a healthy diet, regular physical activity and a normal body mass index  can reduce the incidence of protein build-ups that are associated with the onset of Alzheimer’s disease.

In the study, 44 adults ranging in age from 40 to 85 (mean age: 62.6) with mild memory changes but no dementia underwent an experimental type of PET scan to measure the level of plaque and tangles in the brain. Researchers also collected information on participants’ body mass index, levels of physical activity, diet, and other lifestyle factors. Plaque, deposits of a toxic protein called beta-amyloid in the spaces between nerve cells in the brain; and tangles, knotted threads of the tau protein found within brain cells, are considered the key indicators of Alzheimer’s.

The study found that each one of several lifestyle factors—a healthy body mass index, physical activity, and a Mediterranean diet—were linked to lower levels of plaques and tangles on the brain scans. (The Mediterranean diet is rich in fruits, vegetables, legumes, cereals, and fish and low in meat and dairy, and characterized by a high ratio of monounsaturated to saturated fats, and mild to moderate alcohol consumption.)

“The fact that we could detect this influence of lifestyle at a molecular level before the beginning of serious memory problems surprised us,” said Dr. David Merrill, the lead author of the study, which appears in the September issue of the American Journal of Geriatric Psychiatry.

Earlier studies have linked a healthy lifestyle to delays in the onset of Alzheimer’s. However, the new study is the first to demonstrate how lifestyle factors directly influence abnormal proteins in people with subtle memory loss who have not yet been diagnosed with dementia, Merrill said. Healthy lifestyle factors also have been shown to be related to reduced shrinking of the brain and lower rates of atrophy in people with Alzheimer’s.

Older age is the No. 1 non-modifiable risk factor for Alzheimer’s disease, which affects an estimated 5.2 million people in the United States and results in more than $200 billion in health care costs annually.

“The study reinforces the importance of living a healthy life to prevent Alzheimer’s, even before the development of clinically significant dementia,” Merrill said. “This work lends key insight not only into the ability of patients to prevent Alzheimer’s disease, but also physicians’ ability to detect and image these changes.”

The next step in the research will be to combine imaging with intervention studies of diet, exercise, and other modifiable lifestyle factors, such as stress and cognitive health, Merrill said.