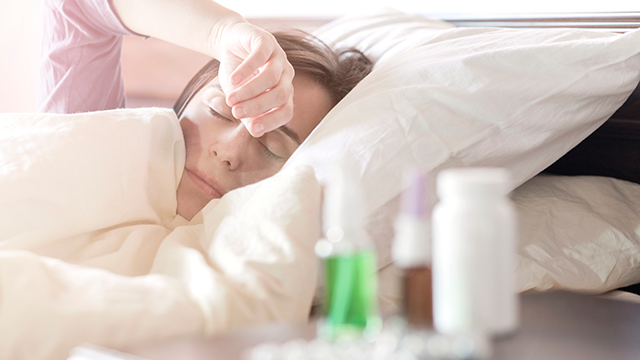 LA JOLLA, CA – April 3, 2018 – This year’s flu vaccine has been less effective in protecting people from the most common strain of the virus, compared with recent years. And once people become infected with the flu, there are few good ways to treat it.

Now scientists at The Scripps Research Institute have discovered a new aspect of the flu virus and how it interacts with antibodies in the lungs. This research could lead to a new approach for developing vaccines to prevent the flu, as well as novel treatments for people who are already infected. The study was published Apr. 3 in the journal Cell Reports.

“This was a completely unexpected and unforeseen finding,” says Lars Hangartner, PhD, an associate professor of immunology in the Department of Immunology and Microbiology at Scripps Research and the study’s senior author. “We found that antibodies called IgAs, which are commonly found on mucosal surfaces, can actually protect us from infections in two different ways.”

Flu vaccines work by presenting viral molecules, called antigens, to the immune system. These antigens act as mugshots, teaching the immune system to recognize and produce antibodies against the virus, should it see them again. 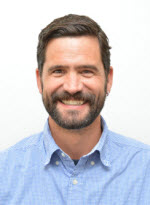 The new study was led by Lars Hangartner, PhD, an associate professor of immunology in the Department of Immunology and Microbiology at The Scripps Research Institute.Photo credit: The Scripps Research InstituteFlu vaccines today stimulate mostly other antibodies than IgA, but based on the new findings, the investigators say this may not be the best approach. The scientists studied different kinds of antibodies in cell cultures to find out which ones were most potent against the flu virus. They found that a subtype called IgA1 was the most effective. Further research revealed that one part of the IgA1 in particular made it so effective—a certain kind of tail on the end of the molecule that can directly inhibit the flu and other viruses.

Working with collaborators at the University of Zurich, the researchers found this tail blocks the part of the virus that allows it to attach to the cells it wants to infect. This suggests that the IgA antibody works through two different types of immune activity: acquired immunity, which is traditionally associated with antibodies that specifically recognize pathogens, and innate immunity, which is more of a nonspecific, broad-ranging attack.

IgAs are notoriously hard to work with, so Hangartner says future research will focus on developing antibodies that are easier to produce and can be tested in mice.

Hangartner says these findings could be translated into effective treatments for people who have already been infected or who are in close contact with potentially lethal flu strains. He adds that because these antibodies are so potent, only a small amount of material would be needed to provide protection. This means that a future treatment could be offered to more people, and potentially at a lower cost.

“We think if we could graft this tail onto a more manageable antibody molecule, it would be much easier to handle,” adds Hangartner. “It would combine the best of both worlds and give us a molecule that’s more effective and hardy, and that ultimately may be useful in the clinic.”

Other authors of the study, “Glycosylation of human IgA directly inhibits influenza A and other sialic-acid binding viruses,” were Matteo Bianchi, Hannah L. Turner and Andrew B. Ward of The Scripps Research Institute; Michael A. Maurer, Larissa Meyer, Marco Steck, Arkadiusz Wyrzucki, and Vanessa Orlowski of the University of Zurich; and Max Crispin of the University of Oxford and the University of Southampton.

This research was funded by grants from the Swiss National Foundation, the International AIDS Vaccine Initiative (IAVI) and an IAVI Neutralizing Antibody Center/Collaboration for AIDS Vaccine Discovery grant, and the Singapore A*STAR program.