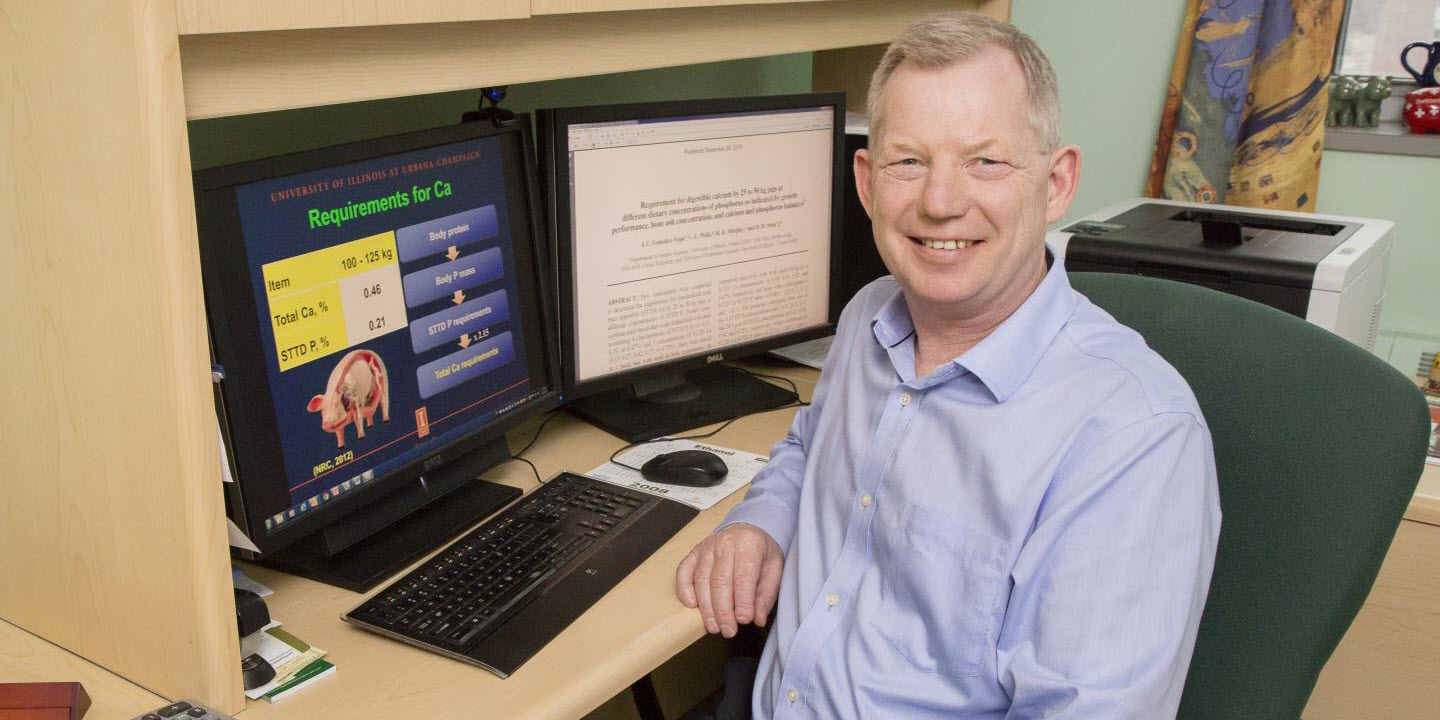 URBANA, IL — With more ethanol in production and a greater ability to upcycle co-products into animal feed ingredients, companies are creating custom products and partnering with University of Illinois researchers to test for quality and digestibility.

In a recent study published in the Journal of Animal Science, Illinois researchers show a new high-protein distillers dried grains with solubles (DDGS) product from Marquis Energy has greater energy and protein digestibility than conventional DDGS.

"We've never seen a corn co-product with such a high energy concentration or amino acid digestibility," says Hans H. Stein, professor in the Department of Animal Sciences at Illinois and co-author on the study. "It's clearly a high-value product."

The product, branded ProCap DDGS, contains 48 percent crude protein, far higher than conventional de-oiled DDGS, which the research team evaluated at 31 percent in a nutrient analysis of each ingredient. ProCap DDGS also provided approximately 1,200 kcal per kilogram of metabolizable energy more than conventional DDGS, according to the analysis.

The study consisted of three experiments. In the first, the researchers evaluated the apparent and standardized ileal digestibility of crude protein and amino acids in three diets: ProCap DDGS, conventional de-oiled DDGS (also from Marquis Energy), and a nitrogen-free diet used to determine endogenous losses of amino acids and crude protein. Vitamins and minerals were added to each diet to meet or exceed dietary requirements. The researchers fed each diet to nine growing pigs for six days at three times the maintenance energy requirement.

The second experiment focused on energy digestibility. In this case, the researchers evaluated three diets: corn, corn + ProCap DDGS, and corn + de-oiled DDGS. Again, all diets were supplemented with vitamins and minerals as needed. The team fed each diet to 24 growing barrows for 13 days at 3.2 times the maintenance energy requirement. Researchers calculated digestible energy and metabolizable energy values for all diets by collecting feces and urine over a four-day period during the experiment.

"If you look at the energy, which is of very high value for producers, and you compare with corn, we had much greater energy concentration in the ProCap DDGS, whereas conventional DDGS was lower than corn," Stein says.

"The ethanol industry is clearly moving toward trying to separate the different streams that come out after fermentation so they can identify high-value, high-quality products. I think we'll see even more innovation and new feed ingredients in the future thanks to more advanced technologies in ethanol plants," Stein says.

- This press release was originally published on the Illinois ACES website