Flushing a toilet can generate large quantities of microbe-containing aerosols depending on the design, water pressure, or flushing power of the toilet. A variety of pathogens are usually found in stagnant water as well as in urine, feces, and vomit. When dispersed widely through aerosolization, these pathogens can cause Ebola, norovirus that results in violent food poisoning, as well as COVID-19 caused by SARS-CoV-2.

Respiratory droplets are the most prominent source of transmission for COVID-19, however, alternative routes may exist given the discovery of small numbers of viable viruses in urine and stool samples. Public restrooms are especially cause for concern for transmitting COVID-19 because they are relatively confined, experience heavy foot traffic, and may not have adequate ventilation.

A team of scientists from Florida Atlantic University's (FAU's) College of Engineering and Computer Science once again put physics of fluids to the test to investigate droplets generated from flushing a toilet and a urinal in a public restroom under normal ventilation conditions. To measure the droplets, they used a particle counter placed at various heights of the toilet and urinal to capture the size and number of droplets generated upon flushing. 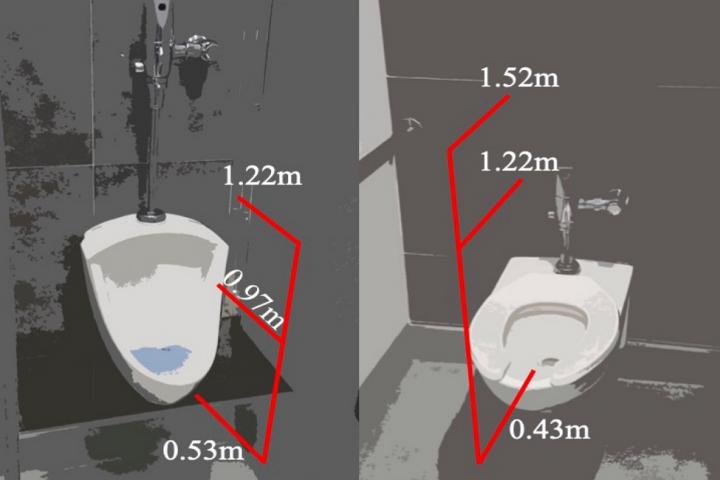 After three hours of tests involving more than 100 flushes, researchers found a substantial increase in the measured aerosol levels in the ambient environment. Droplets were detected at heights of up to 5 feet for 20 seconds or longer after initiating the flush.
Florida Atlantic University, College of Engineering and Computer Science

Results of the study, published in the journal Physics of Fluids, demonstrate how public restrooms could serve as hotbeds for airborne disease transmission, especially if they do not have adequate ventilation or if toilets do not have a lid or cover. Most public restrooms in the United States often are not equipped with toilet seat lids and urinals are not covered.

For the study, researchers obtained data from three different scenarios: toilet flushing; covered toilet flushing, and urinal flushing. They examined the data to determine the increase in aerosol concentration, the behavior of droplets of different sizes, how high the droplets rose, and the impact of covering the toilet. Ambient aerosol levels were measured before and after conducting the experiments.

"After about three hours of tests involving more than 100 flushes, we found a substantial increase in the measured aerosol levels in the ambient environment with the total number of droplets generated in each flushing test ranging up to the tens of thousands," said Siddhartha Verma, PhD, co-author and an assistant professor in FAU's Department of Ocean and Mechanical Engineering. "Both the toilet and urinal generated large quantities of droplets smaller than three micrometers in size, posing a significant transmission risk if they contain infectious microorganisms. Due to their small size, these droplets can remain suspended for a long time."

The droplets were detected at heights of up to five feet for 20 seconds or longer after initiating the flush. Researchers detected a smaller number of droplets in the air when the toilet was flushed with a closed lid, although not by much, suggesting that aerosolized droplets escaped through small gaps between the cover and the seat.

"The significant accumulation of flush-generated aerosolized droplets over time suggests that the ventilation system was not effective in removing them from the enclosed space even though there was no perceptible lack of airflow within the restroom," said Masoud Jahandar Lashaki, PhD, co-author and an assistant professor in FAU's Department of Civil, Environmental and Geomatics Engineering. "Over the long term, these aerosols could rise up with updrafts created by the ventilation system or by people moving around in the restroom." 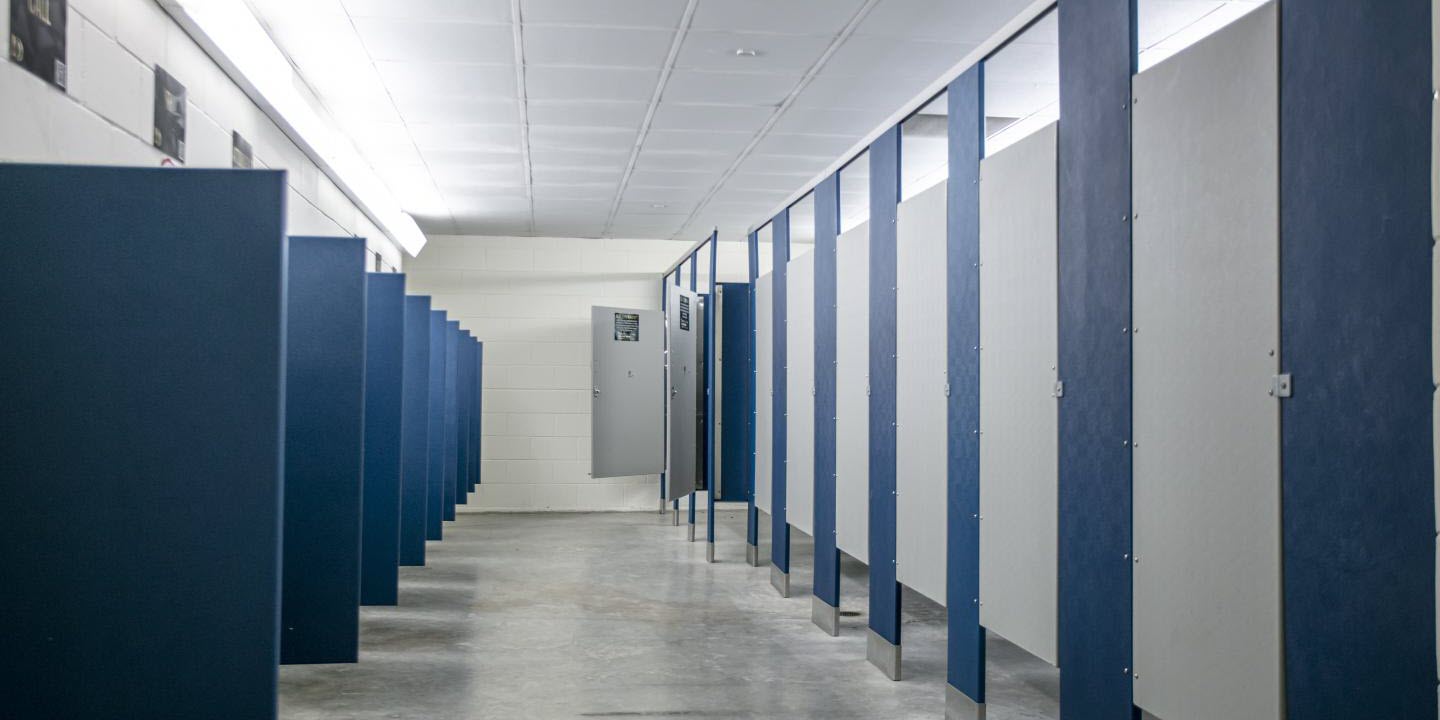 Public restrooms are especially cause for concern for transmitting COVID-19 because they are relatively confined, experience heavy foot traffic, and may not have adequate ventilation.
Alex Dolce, Florida Atlantic University

"The study suggests that incorporation of adequate ventilation in the design and operation of public spaces would help prevent aerosol accumulation in high occupancy areas such as public restrooms," said Manhar Dhanak, PhD, co-author, chair of FAU's Department of Ocean and Mechanical Engineering, and professor and director of SeaTech. "The good news is that it may not always be necessary to overhaul the entire system, since most buildings are designed to certain codes. It might just be a matter of redirecting the airflow based on the restroom's layout."

During the 300-second sampling, the toilet and urinal were flushed manually five different times at the 30-, 90-, 150-, 210-, and 270-second mark, with the flushing handle held down for five consecutive seconds. The restroom was deep cleaned and closed 24 hours prior to conducting the experiments, with the ventilation system operating normally. The temperature and relative humidity within the restroom were 21°C (69.8° F) and 52 percent, respectively.

"Aerosolized droplets play a central role in the transmission of various infectious diseases including COVID-19, and this latest research by our team of scientists provides additional evidence to support the risk of infection transmission in confined and poorly ventilated spaces," said Stella Batalama, PhD, dean of the College of Engineering and Computer Science.

- This press release was originally published on the FAU News Desk website. It has been edited for style