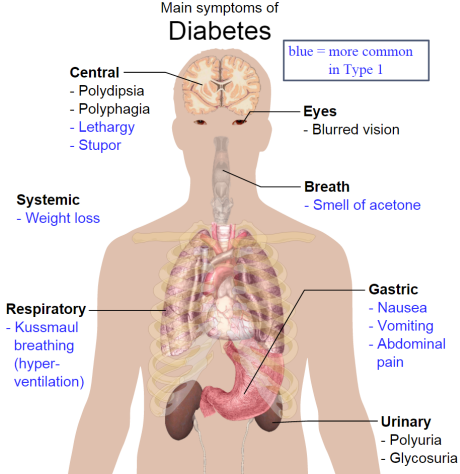 The result: better diabetes control and medication adherence and an overall improvement in the consumption of healthy food.

The research is the first formal evaluation of a diabetes intervention for food insecure people involving the actual provision of food. Food insecurity, a risk factor for poor diabetes control, refers to being at risk of hunger because of the inability to afford nutritious food.

The observational pilot study is now being followed by a more extensive research trial at food banks in Oakland, Detroit and Houston by UCSF and Feeding America.

The paper will be published in the November issue of Health Affairs.

“We have not traditionally thought of food pantries as places to provide diabetes education and diabetes support, but they are in fact ideal places because they reach so many vulnerable people who suffer from diabetes and because they have unique expertise in the distribution of food,” said first author Hilary Seligman, MD, an associate professor of medicine at UCSF and a core faculty member of UCSF’s Center for Vulnerable Populations at San Francisco General Hospital and Trauma Center.

Seligman is also the senior medical advisor and lead scientist at Feeding America, the nation’s largest hunger-relief organization with a network of 60,000 food pantries and meal programs providing food to more than 46 million people annually.

As one of the nation’s foremost experts on the health implications of food insecurity, Seligman focuses on the intersection between food insecurity and health, particularly on the prevention and management of chronic disease.

Feeding America was founded in 1979 in order to meet short-term emergency needs for food. At the time, the focus was on shelf-stable, often calorically-rich food. But over the last two decades, as food insecurity and poverty persisted, reliance on the food bank system has increased with a greater imperative to provide nutritious food and promote health. A third of Feeding America’s clients say that a member of their household has diabetes.

The pilot study provided an opportunity for food banks and pantries to experiment with ways to consistently deliver healthier food, to educate pantry staff and volunteers about the needs of clients with diet-sensitive disease, and to study whether vulnerable people with diabetes were helped in the process.

The intervention was conducted at three food banks: the Redwood Empire Food Bank in Santa Rosa, California; the Food Bank of Corpus Christi in Texas; and the Mid-Ohio Foodbank in Grove City, Ohio.

Food-insecure participants with diabetes were enrolled between February 2012 and March 2014. Excluded were people under age 18, those who were pregnant or unable to complete surveys in English or Spanish, and people with impaired cognitive status.

The study contained results on 687 adults who participated in the intervention. More than half of them were Latino or Hispanic, and 41 percent had less than a high school education. The mean age was 56 years and the majority (80 percent) were food insecure.

Participants in the study highly rated the food boxes: 88 percent said they preferred the diabetes food box to the regular food bank distribution, and 87 percent reported eating all or most of the contents.

“The healthy food that a food bank can provide is a cornerstone of good diabetes management,” said Seligman.

“Poor nutrition has a role in the development of so many diseases of the modern world – obesity, diabetes, high blood pressure, and cardiovascular disease, just to name a few,” she said. “One in seven Americans report that they sometimes don’t have adequate money to afford nutritious foods. Although this study specifically examined the case of diabetes, it creates a model in which food banks can respond to any of a number of diseases with education, self-management support, and – most importantly – the provision of nutritious food.”

Co-authors from UCSF are Courtney Lyles, PhD, assistant professor of medicine; and Sophie Rosenmoss, a former intern at the UCSF Center for Vulnerable Populations. Co-authors from Feeding America are Michelle Berger Marshall, director of community health and nutrition; Kimberly Prendergast, community health and diabetes consultant; and Morgan Smith, manager of interventions for health. Other co-authors are Amy Headings, director of nutrition for the Mid-Ohio Foodbank; Georgiana Bradshaw, diabetes hands-on manager for the Food Bank of Corpus Christie; and senior author Elaine Waxman, PhD, a senior fellow at the Urban Institute.

The study was funded by the Bristol-Myers Squibb Foundation as part of its Together on Diabetes Initiative.