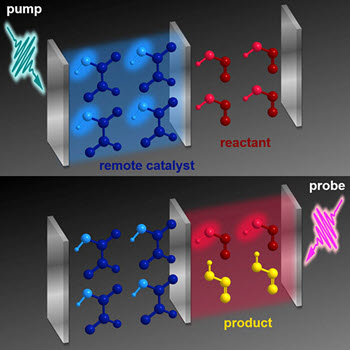 Top panel: A short burst of light interacts with a compartment containing a catalyst (shown in blue). Bottom Panel: A short time later, a similar bust of light interacts with a second container containing the reactant (red), remotely catalyzing product molecules to form (yellow). Although the cavities separate the compounds, they are coupled by sharing a central mirrorCredit: DOE

Students learn in high school that molecules must be in contact to react chemically. But what if that's not always true? It's that idea, which challenges textbook "laws," a team of theorists explored. They showed that even though it is in a completely different container from reactants, a catalyst could make a reaction happen. That is, a catalyst caused nitrous acid to change shape without touching it. The team's theory challenges conventional wisdom about what it takes to make a reaction happen.

High school textbooks state that molecules need to touch to react. In this theoretical study, scientists designed a quantum device that separates the catalyst from the starting chemicals. Using light, the scientists excited the catalyst to control the adjacent reaction. The setup could let chemists reconfigure chemical bonds that they can't access in other ways.

Some chemical bonds are tough to re-arrange because it's hard to access them. This aligns with the conventional wisdom that to make and break bonds, a catalyst must be in physical contact with the bond. Researchers challenged that wisdom. The team showed how it's possible to alter bonds when the catalyst and reactants are separate, by exploiting a strong coupling between light and matter that can lead to changes in chemical reactions.

The team proposed a quantum device where a mirror separates a catalyst (glyoxylic acid) from the reactant (cis-nitrous acid). They excited the catalyst molecules and their container (an optical "cavity") using a short bust of light from an ultrafast laser, to form polaritons, quasi-particles made of both light and matter. The polaritons boost the cis-trans isomerization of nitrous acid by an order of magnitude. Forming polaritons causes the molecules in the containers to behave like a big supermolecule. If you affect one part of the supermolecule, you affect the other.

The team believes experimentalists will soon be able to build the quantum device and show the remote control of chemistry in the laboratory soon. Their findings were published in Chem.

Mechanical Force as a New Way of Starting Chemical Reactions

Mechanical Force as a New Way of Starting Chemical Reactions 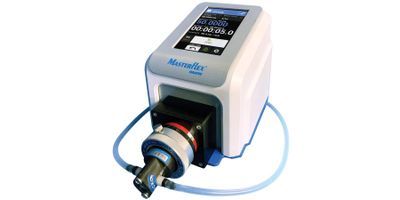 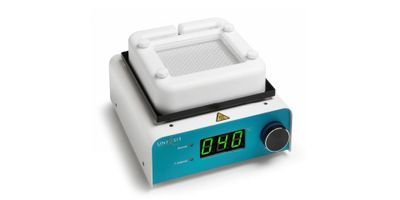 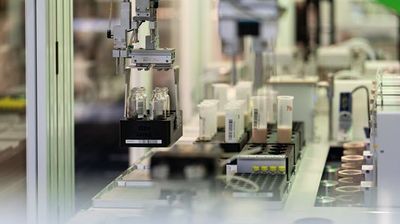 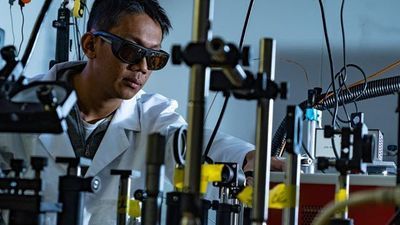 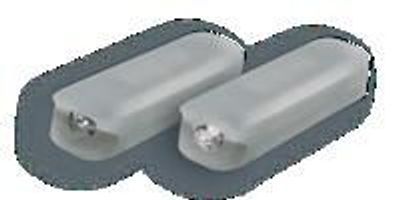