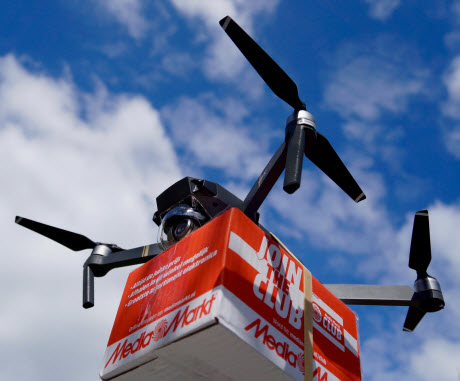 In a paper to be published in an upcoming issue of Transportation Research Part D, researchers found that drones tend to have carbon dioxide emissions advantages over trucks when the drones don’t have to fly very far to their destinations or when a delivery route has few recipients.

Trucks—which can offer environmental benefits by carrying everything from clothes to appliances to furniture in a single trip—become a more climate-friendly alternative when a delivery route has many stops or is farther away from a central warehouse.

For small, light packages—a bottle of medicine or a kid’s bathing suit—drones compete especially well. But the carbon benefits erode as the weight of a package increases, since these unmanned aerial vehicles have to use additional energy to stay aloft with a heavy load.

“Flight is so much more energy-intensive—getting yourself airborne takes a huge amount of effort. So I initially thought there was no way drones could compete with trucks on carbon dioxide emissions,” said senior author Anne Goodchild, a UW associate professor of civil and environmental engineering. “In the end, I was amazed at how energy-efficient drones are in some contexts. Trucks compete better on heavier loads, but for really light packages, drones are awesome.”

Interest in the nonmilitary use of drones has increased dramatically with successful operations outside the United States in delivering food, medicine, and mail. Within the U.S., the Federal Aviation Administration has recently created legal space for experimenting with drone deliveries, though it is not expected to fully authorize commercial operations for some time.

While public debate has largely focused on cost reduction, privacy implications and airspace congestion, few people have analyzed the environmental consequences that drone technology may have if fully adopted by industries, the researchers found. 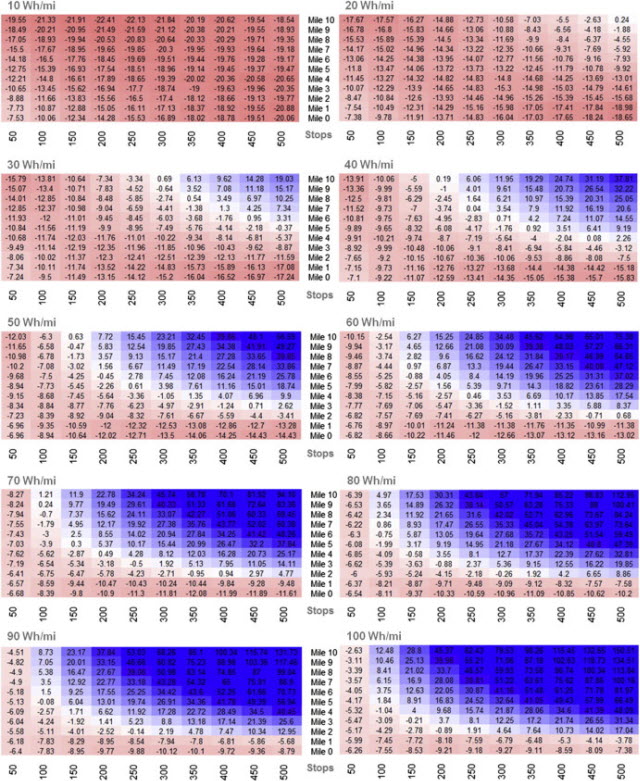 The new analysis, led by former UW civil and environmental engineering graduate student Jordan Toy, compares carbon dioxide emissions and vehicle miles traveled from drone and truck deliveries in 10 different, real-world scenarios in Los Angeles. The model incorporated 330 different service zones, with the number of recipients varying from 50 to 500 in each zone.

The researchers relied on models for estimating truck data that were previously used in comparing the environmental footprint of grocery delivery services to personal shopping trips. The analysis also assumed that drones could carry only one package at a time and would return to a depot after each delivery—requiring far more back-and-forth and vehicle miles traveled than for an equivalent truck route.

The researchers estimated how much energy generation the drone deliveries would require, based on consumption for 10 different hypothetical drones. Carbon dioxide emissions were calculated using an average fuel mix for the state of California.

Goodchild said it’s unlikely that drones will be used for all delivery applications but that there are some contexts in which they appear to make sense—such as shorter trips in less densely developed communities, or in controlled places like a military base or campus. One could also envision a hybrid system in which a truck hauls an entire load of packages to a centralized location, and then a fleet of drones fans out in opposite directions to reach individual homes or businesses.

“Given what we found, probably the most realistic scenario is for drones doing the last leg of the delivery,” said Goodchild, who also directs the UW Supply Chain Transportation & Logistics Center. “You’re probably not going to see these in downtown Seattle anytime soon. But maybe in a rural community with roads that are slow and hard for trucks to navigate and no air space or noise concerns.”

Another takeaway for Goodchild was realizing just how much progress engineers can make when they accept a challenge. Making a flying object so light that it can accommodate its own battery and actually perform useful work was an incredibly difficult problem to solve—yet that technology now exists, Goodchild said.

“We haven’t applied the same level of effort to engineering lightweight trucks—they’re excessively heavy and the on-road fleet doesn’t look much different than it did a few decades ago,” she said. “If we took the same amount of energy we’ve put into making drones light and efficient, applied that to trucks and got them on the street, we could do so much good for the transportation industry and the environment.”