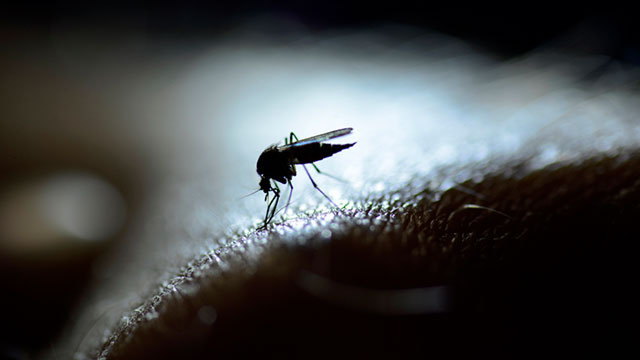 Scientists have discovered a way that could help treat severe inflammation from an infectious mosquito-borne disease during outbreaks.

A team of researchers led by professor Suresh Mahalingam at Griffith University's Institute for Glycomics on the Gold Coast are developing ways to treat debilitating diseases caused by alphaviruses such as Chikungunya and Ross River virus. Their study is published this week in the journal Nature Microbiology.

Some mosquito-borne viruses cause severe joint and muscle inflammation, and there are no vaccines or specific drugs to treat the disease caused by these viruses.

During acute infection with Chikungunya virus, scientists found that a molecular complex, known as the inflammasome, became activated in patients suffering acute signs of the disease.

"When we infected mice with Chikungunya, we found that a type of inflammasome known as NLRP3 was activated, which triggered an inflammatory cascade, leading to severe joint inflammation and bone damage," said Dr Ali Zaid, a lead author of the study.

"We found the same in mice infected with Ross River virus. Targeting the inflammasome using this kind of drug could be an efficient way to treat patients suffering from acute Chikungunya or Ross River virus disease during outbreaks."

Collaborator and professor Matt Cooper from the Institute of Molecular Bioscience at the University of Queensland added, "By precisely modulating how our immune system responds to infection, we hope to develop new therapies that can be used to treat people with these serious diseases."

Chikungunya virus (CHIKV) has been responsible for millions of cases over the past decade, with locally confined epidemics striking the Indian Ocean island of La Réunion in 2006, India in 2008, and the Caribbean in 2015.

Professor Mahalingam said the findings were important as inflammasome NLRP3 was prominently expressed in CHIKV patients with severe disease.