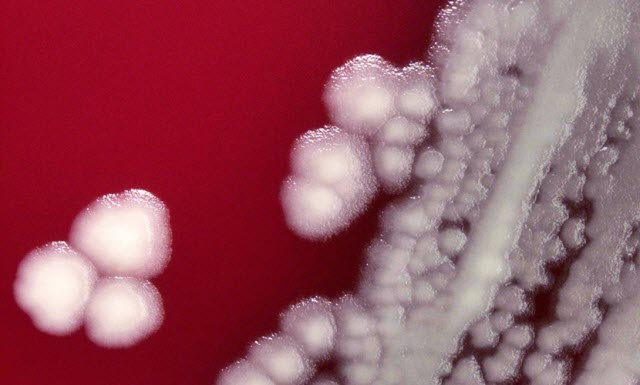 AUSTIN, Texas — Researchers at the University of Texas at Austin successfully culminated years of work when a drug they engineered for the treatment and prevention of inhalational anthrax—the anthrax antitoxin obiltoxaximab—received approval March 21 from the U.S. Food and Drug Administration (FDA). Part of the molecule was engineered at UT Austin before being licensed to New Jersey-based pharmaceutical company Elusys Therapeutics for further development. It will be sold under the name Anthim.

The university researchers, whose work began more than a decade ago, engineered a high-affinity, "sticky" antibody fragment that binds to the anthrax toxin, blocking its activity.

On March 21, the FDA approved Anthim (obiltoxaximab) to treat inhalational anthrax in combination with appropriate antibacterial drugs and to prevent the disease when alternative therapies are not available or appropriate.

Inhalational anthrax is a rare disease that can occur after exposure to infected animals or contaminated animal products, or as a result of an intentional release of anthrax spores. It is caused by inhalation of spores of the bacterium Bacillus anthracis. The anthrax bacteria then replicate in the body, simultaneously producing toxins that can cause massive and irreversible tissue injury and death.

Anthrax is a leading bioterrorism threat because the spores are resistant to destruction and can be spread by release in the air. In the U.S. in 2001, 15 people were infected from anthrax and five died during the weeks after the Sept. 11 attacks. The U.S. government has contracted with Elusys to stockpile Anthim as a treatment in the event of future outbreaks.

"This is a perfect example of how the latest cutting-edge tools and technologies being developed on academic campuses can rapidly provide unique and powerful solutions to emerging problems of national interest," said Iverson.

"Academic research can address real-world needs and partner with industry to develop a product, and universities are able to respond rapidly to needs as they arise, assigning graduate students to the project with greatest urgency," said Maynard, who performed much of the research as a graduate student. "This approach has the added advantage of training the next generation of scientists."

No live anthrax bacteria were used on the UT Austin campus to develop the antibody. Tests of the effectiveness of the drug for treatment and prevention of inhalation anthrax were conducted in animals prior to FDA approval, and the safety of Anthim was confirmed in healthy human volunteers.